[Interview] Get to know Yankees 8th Round Pick Dalton Blaser 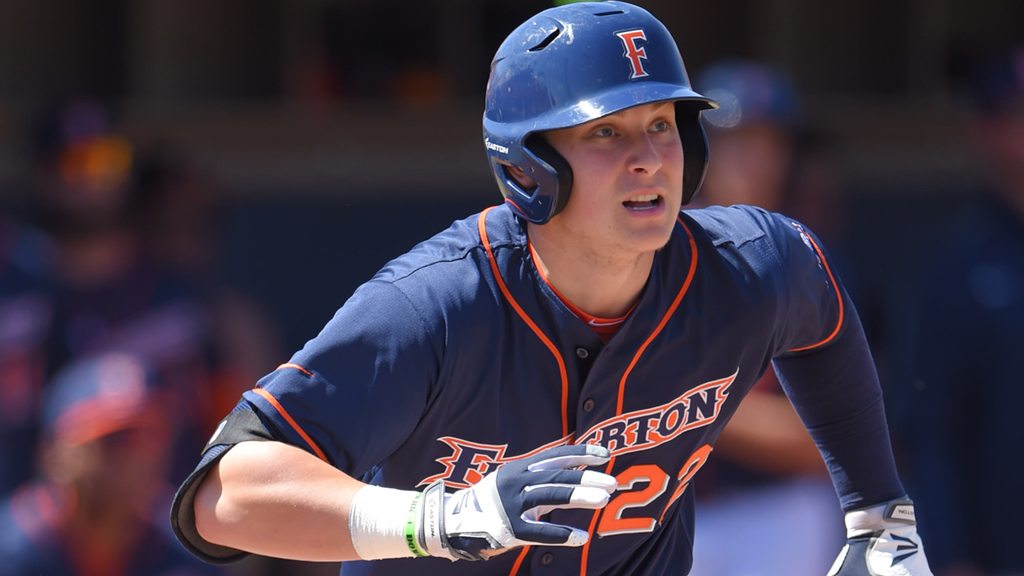 How did you find out that the Yankees were selecting you in the draft?
When I got the phone call from the area scout Dave Keith, saying that they had an offer on the table and would I be up for it, of course I said yes. But nothing was determined at that point. So I was still waiting to see what they were going to do.

What was your reaction when you heard the news that the New York Yankees drafted you?
I was beyond excited, the Yankees have been my favorite team growing up and to be selected by them made it a dream come true.

If you had to compare yourself to anyone in the majors, who would it be and why?
I have many athletes I love to watch and take notes from, but if I have to choose one I would have to say Alex Gordon, he plays hard, I really like his swing, and he is a  good infielder and good outfielder as well.

Who would you say have been the most influential person (or people) in your baseball career thus far?
My family has been very influential, always pushing me to continue to grow, set, and reach goals. Particular person is my father, he has always been pushing my brother, sister, and I to excel in life. In my case, not just in baseball but in other things as well. To enjoy playing the game of baseball because who wouldn’t have fun playing for the Yankees. I know I will.

Who do you model your game after?
Derek Jeter, although he bat right, and threw right. I model my game of how he played the game, all out hustle, energy, and effort. Was a leader on and off the field and in the community as well.

Can you tell us a bit about your experience with the draft process, from your initial experience with scouts to finding out you were drafted?
Well first I had been previously drafted before so some scouts knew who I was, but I’m from Roseville which is up north from Southern California and there are Northern, Southern, and Midwest scouts so some scouts were seeing me for the first time at Fullerton.  Every scout I’ve spoken to was very nice, mostly wanting to get to know the person they might potentially draft. Being drafted is the easiest part because you have a scout that you have been talking to you for the past couple months, and it’s an exciting time for them as well when they get to call you and announce that you were drafted by their team.

Can you reflect back on your time playing baseball in college and how you have grown during that time.
Like most people nobody likes to sit the bench, however it’s not easy for a player to understand there are players who’ve been at a college for three years previously waiting for their turn to be a starter so you’ll have to wait.  Then you come in wanting to play, so when I first came to Fullerton I had to wait my turn to play unless I beat someone out. Which was very hard for me at first. It’s a different level, and adjustments needed to be made. I hated sitting the bench, but after sitting the bench for a couple games, my coach would throw me in during big situations and expect me to come through. This taught me a lot about myself as a player, teammate, and person because mentally you have to be in the game for all nine, you can’t take a pitch off. So Fullerton help me grow as a player who like id been my whole career up to that point became an every day starter, but the tools I gain during that time help me grow as an overall player.

Yankee fans are very interested in learning about the newest member of their organization. Can you give them a brief scouting report on yourself, as a ballplayer?
Good plate discipline, I get on base a lot, hit for average, and hoping that with the help of the Yankees organization develop some power to my swing as well. Baseball smart, determined on getting better each and every day. I have a good arm and take pride in my defense.

How does it feel to be drafted by the organization that your father once played for?
You know, I don’t think I could’ve written a story better than how everything played out. I mean what a blessing to get drafted in the first place, however to get drafted to a team my father played for was just the icing on the cake. I couldn’t be more proud to be a Yankee.

What was your father’s reaction when he heard?
He was very excited, yelled louder than me! Couldn’t be more proud that I was going to be a Yankee just like he was.

Now you have already signed your contract, where do you expect to start your professional career?
Where ever the Yankees see fit, I’m here to play baseball and work to sharpen my tools to prepare me for the ultimate goal which is the Professional club. I have a long ways to go, and theres a lot of work to be done but I couldn’t be more excited to begin the journey.