[Interview] The Make-Up Of Billy Fleming 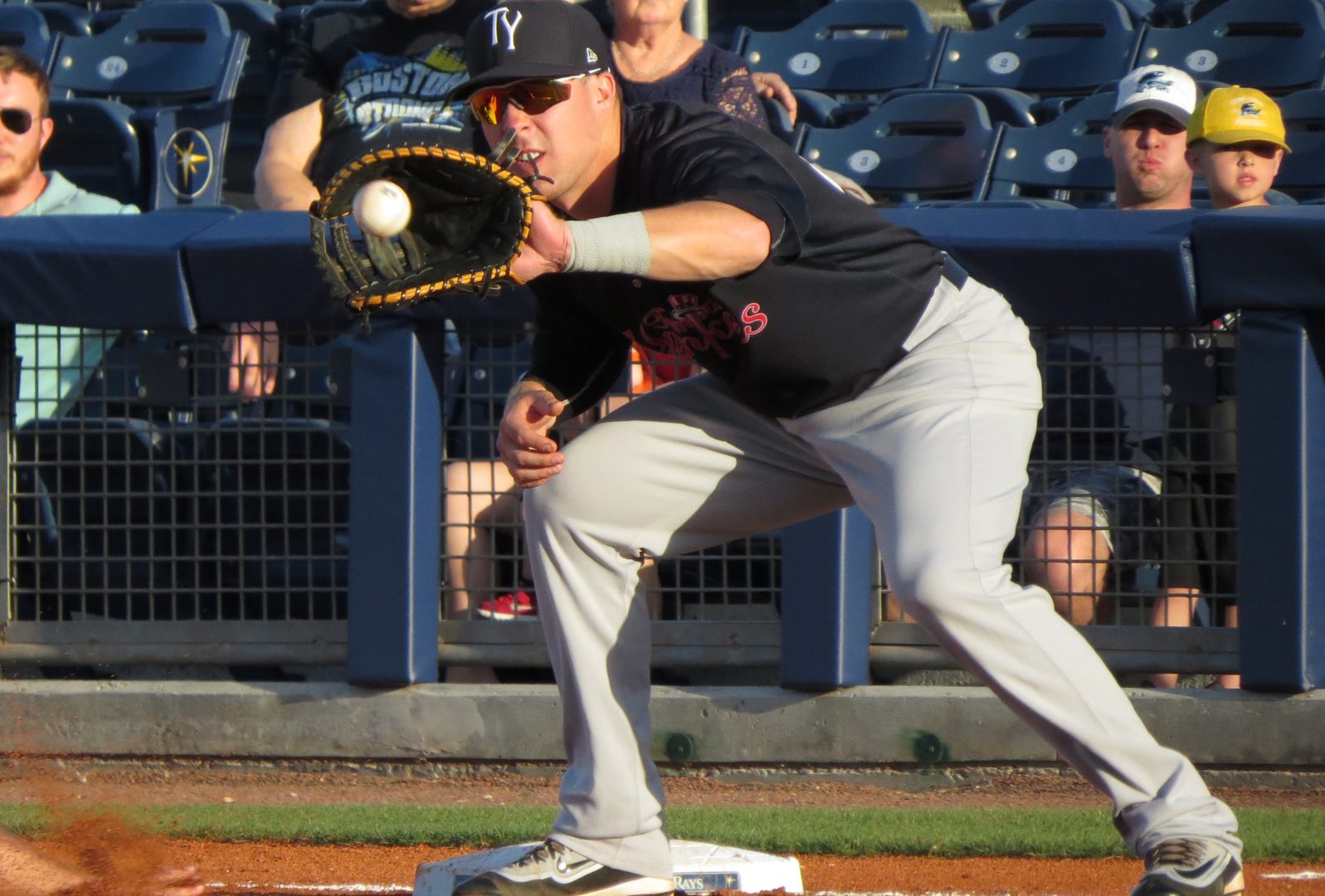 Billy Fleming has been impressive so far as a professional. (Bryan Green)

Billy Fleming, a Pennsylvania native, played three seasons for West Virginia and declared for the draft after his junior year. He went undrafted and later signed as an undrafted free-agent with the New York Yankees. In his rookie season he started in the Rookie-level Gulf Coast League and had a late season promotion to Single-A Short Season hitting for a combined .330 batting average between the two. Last season he bounced around the Yankees’ farm system, playing for the Pulaski Yankees, Charleston RiverDogs, Tampa Yankees, and Trenton Thunder. While he has showed he is a versatile player in the field, he also showed he was a solid contact-hitter in the process. His 2015 campaign saw him hit a combined .338 AVG, .403 OBP, and 20 RBIs.

Fleming started this season with the Tampa Yankees and has been one of their most reliable hitters. In the first 12 games this season he has a .388/.444/.449 slash. Fleming, while some thought would start in Trenton this year, is now in line to get the call-up rather quickly. However that isn’t something he’s thinking about at all. Fleming’s number one priority is playing, no matter what position, league, or level, he is set on helping the Yankees’ system flourish.

Your college coaches have always openly spoke highly of you. How did they help you prepare yourself to make the transition from college to professional baseball? You skipped your senior year, was it hard to leave?

“It was definitely a tough decision. I felt like me personally, I was ready in my ability to go. I felt like I was good enough to get drafted, I didn’t so I like that extra chip on my shoulder so I can go out and show people that I can play a little bit, and I thought I was ready and I didn’t think I needed a last year in college. I kind of wanted to start my pro career, you know start this dream to get to the big leagues, but yeah, thankful for all that they did for me, they definitely prepared me to leave my junior year I believe.

Last year you played at four different levels for the Yankees. Do you think being an undrafted free-agent was the cause of that? Do you think they were trying to figure you out? How did the experience help you moving forward?

“Well I’m sure they were trying to get to know me, test me at different levels and see what my ability could hold. Maybe it was a test, maybe not, maybe they just needed me up there. I’m just the kind of guy who is ready for anything. I’ll play at any kind of level they want me to I’ll play anywhere just as long as I’m playing. Last year was a good experience for me though, just being around the older guys, getting to know how everything works in my first full season of professional baseball.”

You reached Double-A Trenton last season, when did you find out you’d be starting in Tampa this season? Were you expecting to be back with Trenton?

“Right on the last day of Spring Training around the same time everyone else figured out. No, I really had no clue where I was going to be. It was kind of up in the air for me. Didn’t matter much to me.”

You spent time with some older more experienced guys in Double-A and Spring Training, is there any specific player who helped you from the higher levels?

You and Mike Ford have had a big part in the Tampa Yankees’ recent success. How’s your relationship with him?

“It’s really good, me and Mike (Ford) are good friends. We actually played on the same summer team in High School for a little while because he’s from South Jersey and I’m from the Philadelphia suburb area so we knew of each other in High School. So yeah we have a good relationship, we’re from the same area and we’re kind of familiar with the same things so it’s cool getting to play with him in professional baseball.”

You have two younger brothers who also play baseball. You being in professional baseball now, are your brothers some extra motivation for you to be like a role-model for them as they look to move forward with their careers?

“Yeah definitely a role-model. You know seeing how hard I work and trying to move up every day, you know I’m sure they have the same goals. So to lead a good example would be nice, but I don’t think they feel any pressure to kind of go in my footsteps. They have their own lives and everything, you know they’re doing well so that’s great. I’m proud of them both and they’re doing their own things which is good.”

You’re very versatile in the field. Do you have a set position yet or will you be exclusively at first base or are they still trying to move you around?

“I think this year I’m trying to go in the utility role. Mike Ford got hurt so I’m at first so if that’s where they want to play me I’ll play there, I’ll play anywhere. I think it’s good to get the exposure at different positions for me to get more practice. Throughout my life I’m a second baseman and shortstop, so playing third and first is good for me to try and just improve my game in different areas to make me more manageable for the Yankees to use me in the different positions.”

Coming into the season what were some hitting mechanics you were working on or looking to improve? What do you think is your most improved aspect of hitting this season.

“Just in the off-season it was more maintenance stuff, obviously getting bigger and stronger, to you know drive the ball every single year you get stronger so that was pretty big for me. I’ve gotten better in the weight-room. And just working on approach, I don’t think you can ever stop working on your approach at the plate I think that’s huge. Just getting your pitch and when you get it don’t miss it. I think hitting at all different levels last year helped me because I got to see all different pitching. So coming down here just really expanding on my approach and hitting the pitches I want to hit and necessarily not the pitches the pitchers want me to hit.

Billy Fleming is the kind of guy you want on your team. His main focus is contributing no matter where he is and his game definitely matches his maturity level. He knows what he needs to do in order to move throughout the Yankees’ system and he has showed signs of it since his rookie season. That chip on his shoulder is something that can drive him for the rest of his career and added to his raw talent, the ceiling for Billy Fleming seems to be very high already.