Even though the world of sports is currently at a standstill due to the Coronavirus pandemic, we at Pinstriped Prospects wanted to bring you something fun and full of debate as we wait for live games to return at the major and minor league levels.

Since this is normally March Madness, we wanted to put our own bracket together. This bracket is based on the top Yankees prospects of the last 10-15 years with some help from Baseball America’s Top 10 lists of the past decade and from Pinstriped Prospects co-founder, Paul Pagnato III. 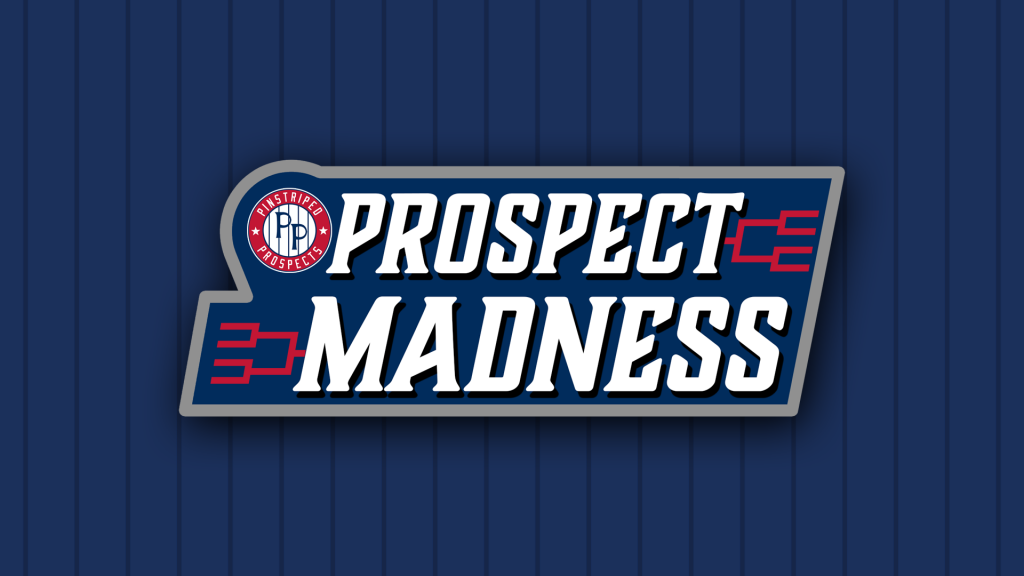 Throughout the next month, we will be posting 1-2 matchups a day on our Twitter account (@PinstripedPros) and getting your vote. Then, on the Pinstriped Prospects podcast, we will debate the matchups and keep you up to date on the bracket.

You will find the bracket on the bottom of this page, but here are the list of the 4 matchups in each region. 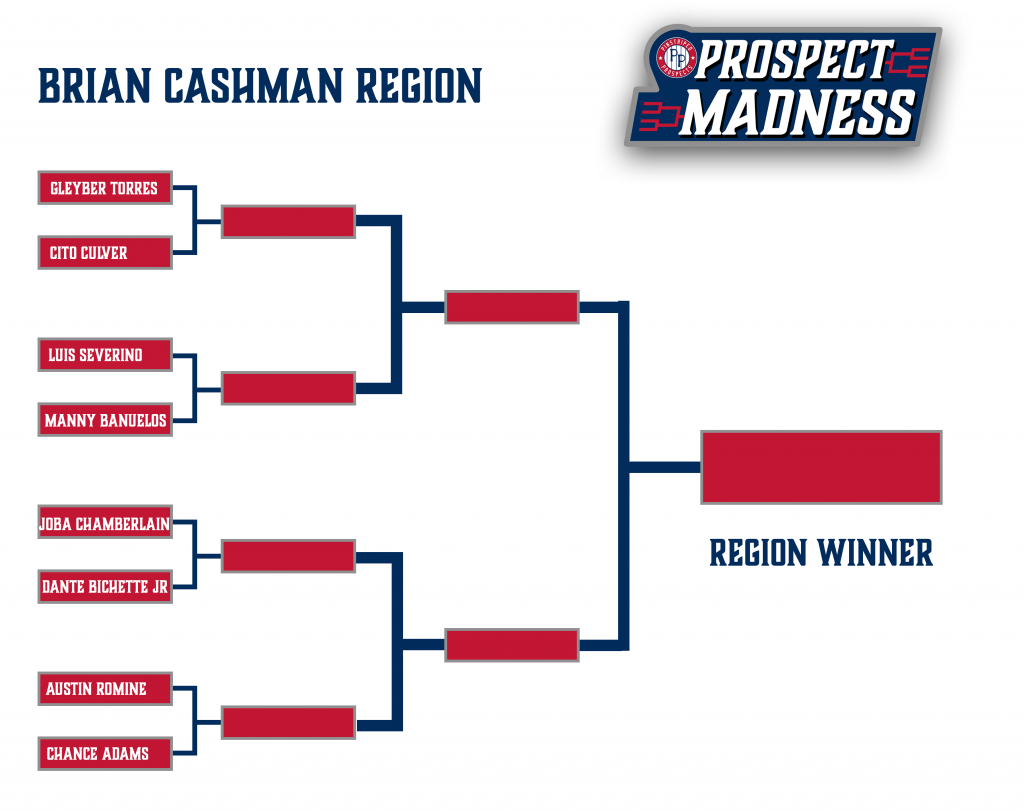 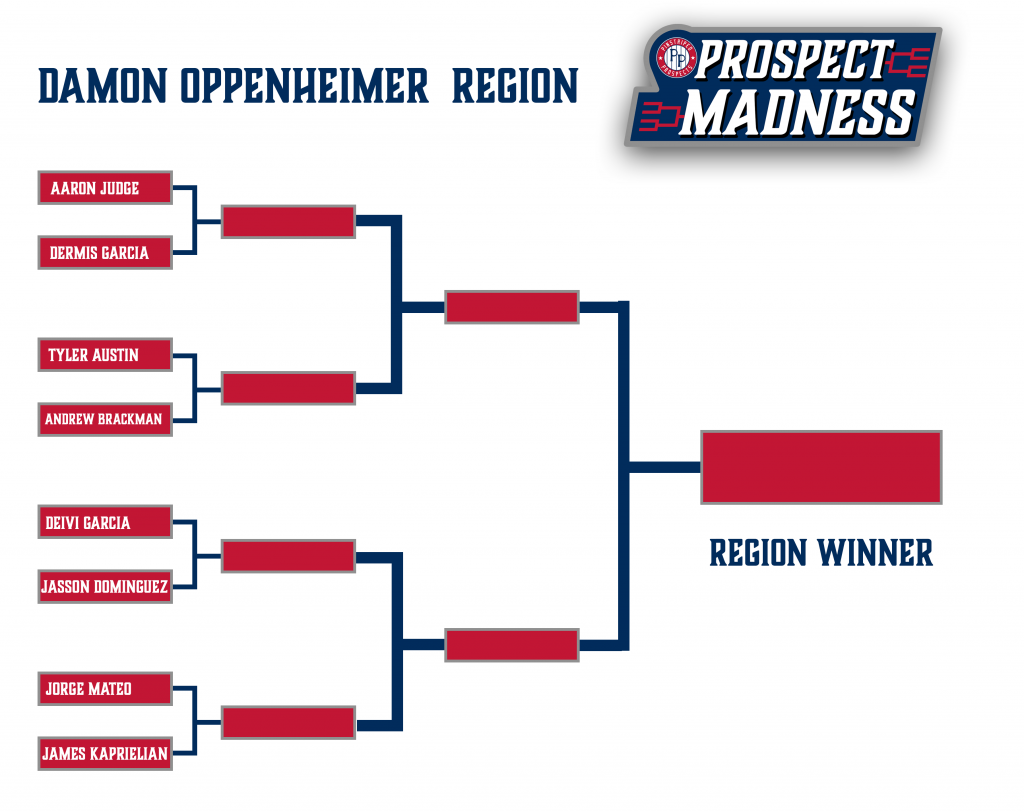 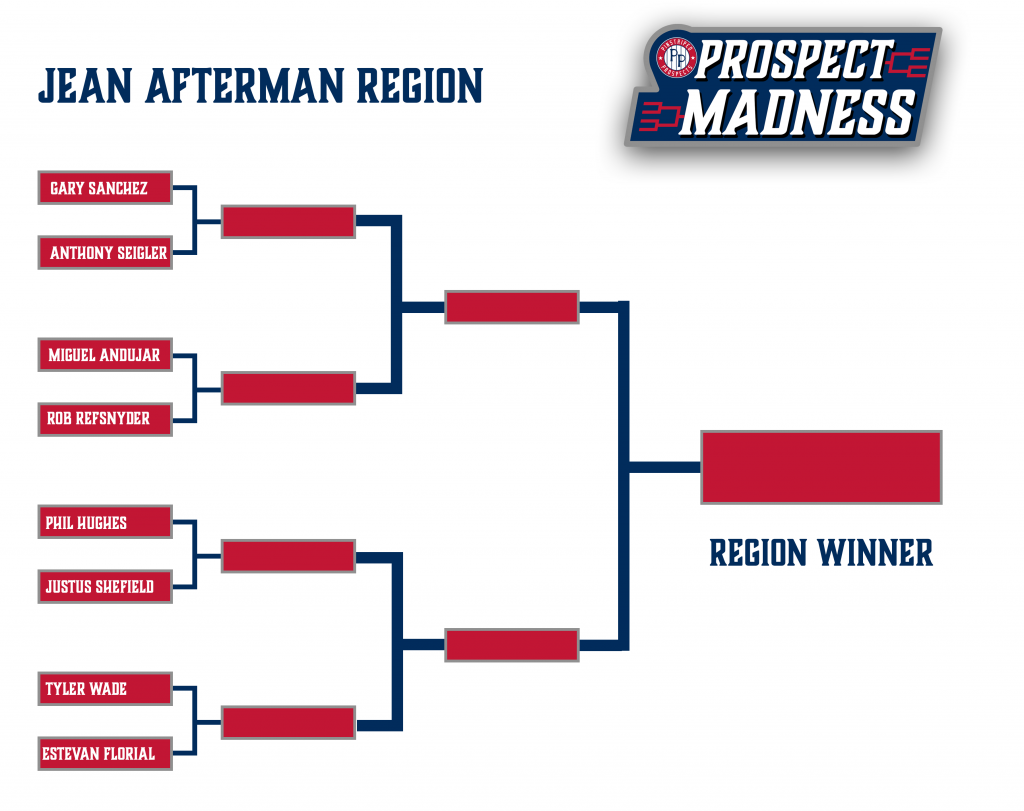 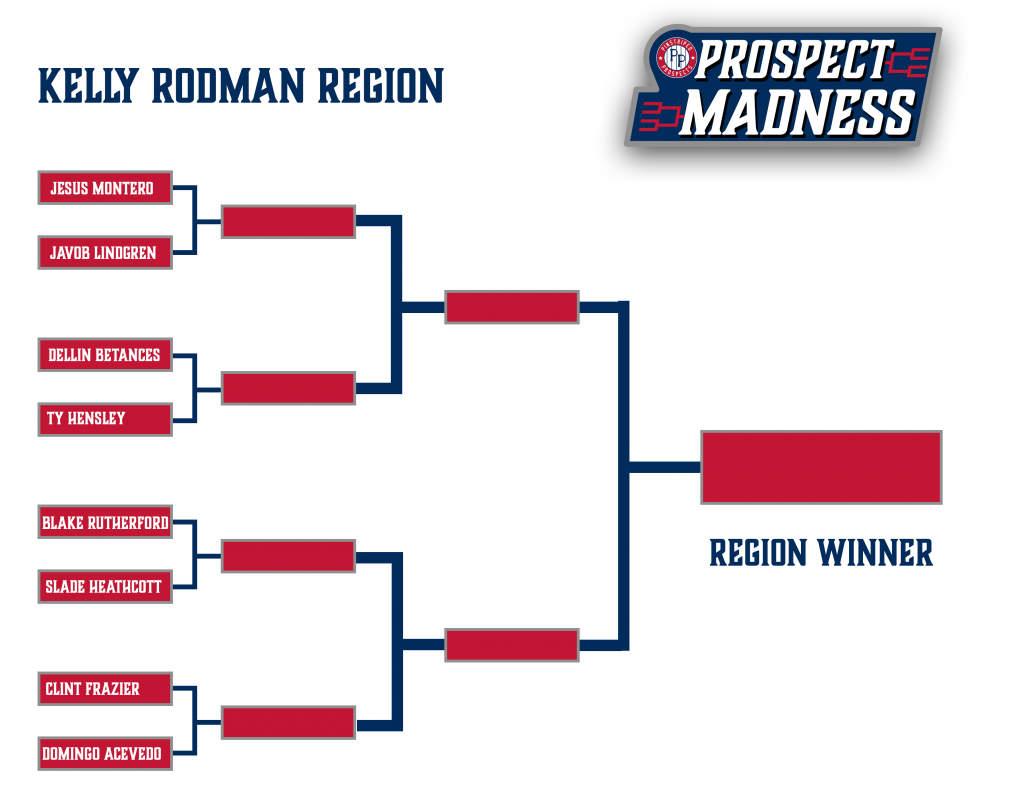