Is Luke Voit a better option than Tyler Austin at first base? 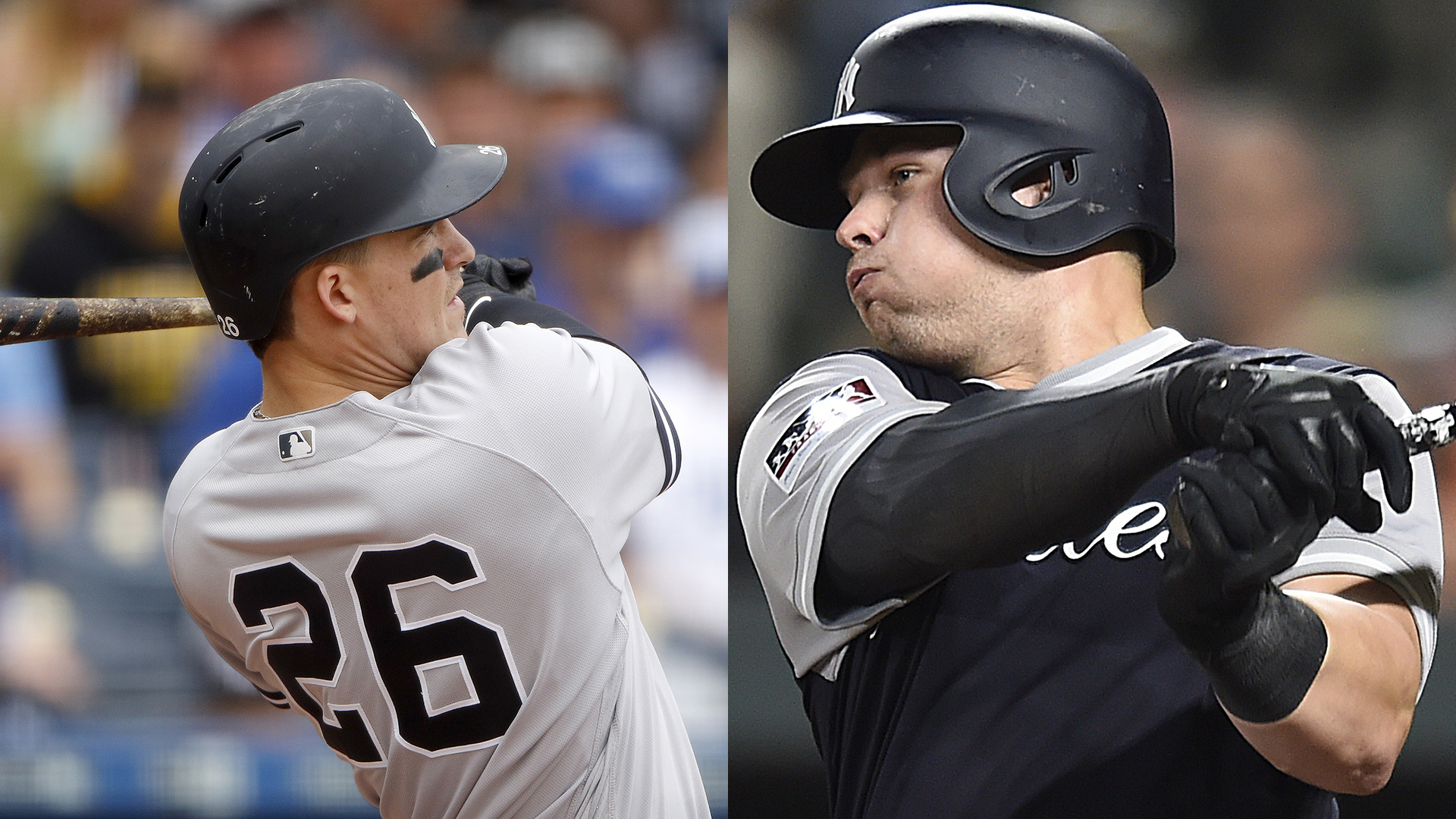 First base has been a question mark all season long for the New York Yankees. It was not supposed to be that way, either. During Spring Training, Greg Bird was set to handle the position as a reliable full-time player.

However, on March 26th it was announced that he was going to have surgery to repair a bone spur in his right ankle. He was sidelined for 6-8 weeks. That meant that Tyler Austin was the opening day starting first baseman, and more question marks surrounded Greg Bird’s health.

As the season crept towards the trade deadline, it would be Tyler Austin that would find himself on the disabled list. Greg Bird was finally healthy, but not producing. By the deadline, the Yankees’ first base struggles were overshadowed by their starting rotation holes.

They had to make a move, ultimately deciding to trade Tyler Austin for Lance Lynn, adding depth to the rotation. To provide stability at first base with the absence of Austin, the Yankees then made a shrewd trade for Luke Voit who, after weeks of struggles, found his stroke. 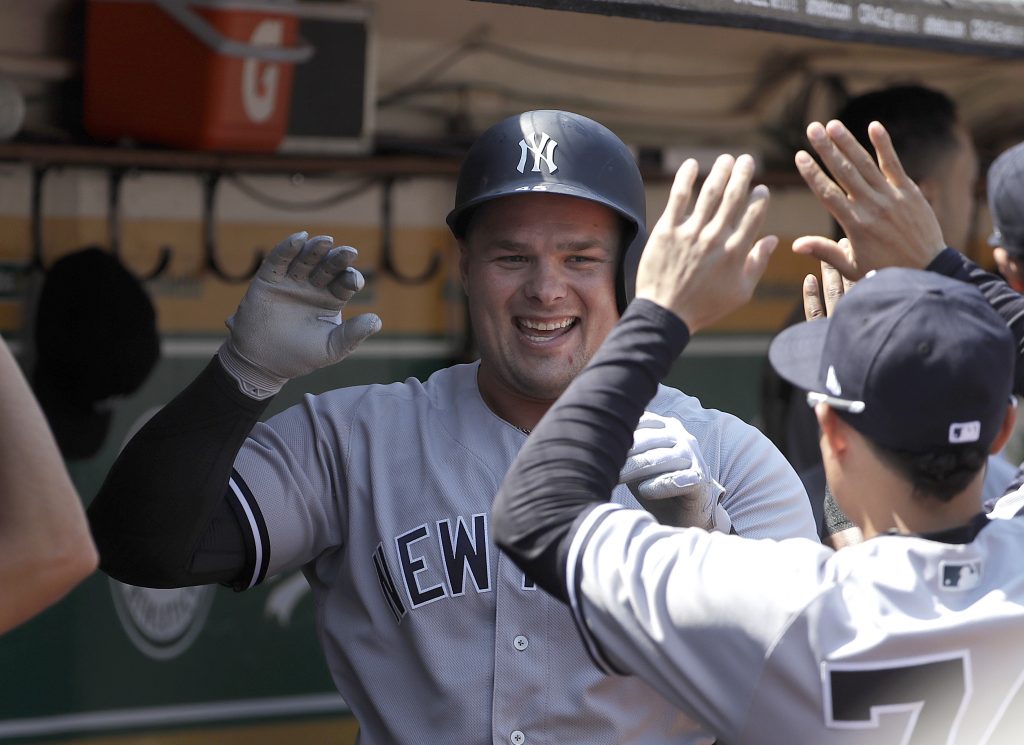 Since joining the Yankees, Luke Voit has settled into a role of outgoing and relatable. When Voit first came up, however, it wasn’t pretty. He was not immediately producing, and Yankees were letting him know.

However, Austin has struck out at a much higher clip, 37.6%, and thus does not draw as many walks, just a 7.6% BB%. His wOBA sits at .324 and his wRC+ as 107. Even though Tyler Austin’s father had a few words for Greg Bird on Twitter, he had no words for Luke Voit. Voit, as these numbers show, has been more productive than Austin, no matter how surprising that may seem.

Furthermore, when looking at Voit’s expected numbers and batted ball statistics, according to Baseball Savant, they are gaudier than Austin’s. For instance, Tyler Austin has an xSLG (expected slugging percentage) of .468, Voit’s is .535. Voit’s xOBA is .352 in comparison to Austin’s .324 and Voit’s xWOBA is .369 compared to Austin’s .322. Voit also has a higher HARD% at 47.9%, whereas Austin’s is 37.4%. Voit’s got a higher Average Exit Velocity as well, at 91.4 MPH compared to Austin’s 88.5 MPH. 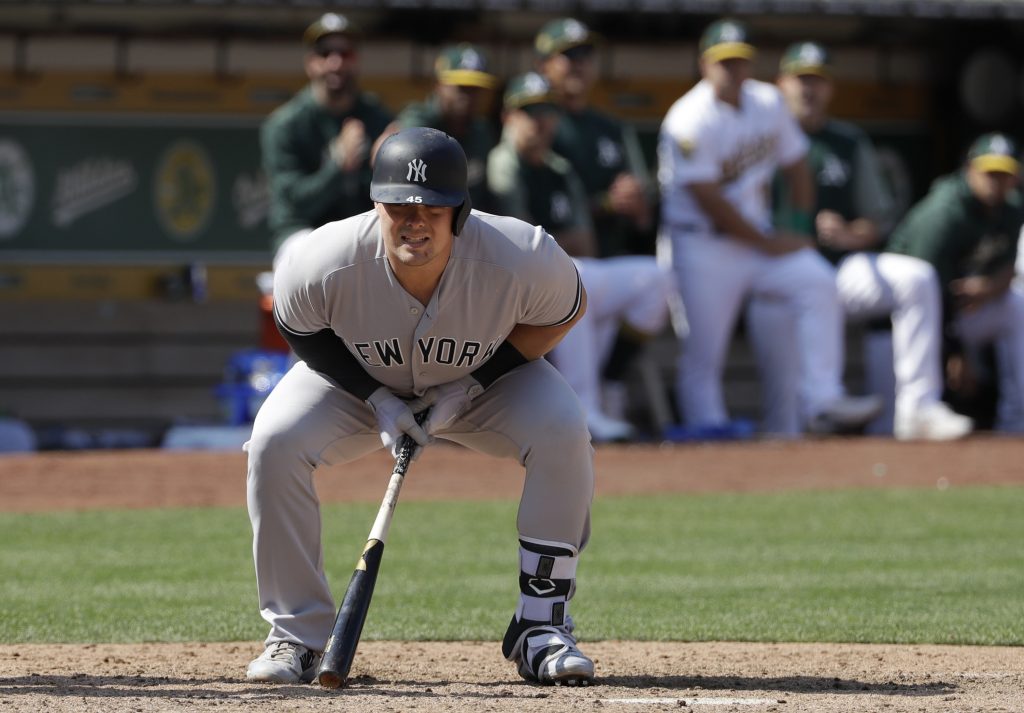 New York Yankees’ Luke Voit reacts after striking out against the Oakland Athletics during the seventh inning of a baseball game in Oakland, Calif., Monday, Sept. 3, 2018. (AP Photo/Jeff Chiu)

Though it may seem surprising, Voit has been an excellent pickup for the Yankees. He has made Tyler Austin’s successes with the Twins a much easier pill to swallow. He has also justified, more or less, the Yankees’ decision to add Lance Lynn.

Aside from the numbers, he has a friendly playing attitude. That attitude is capped off by his Sammy Sosa home run skip out of the box. Even though the Yankees have continued to play .500 baseball, Luke Voit has been an exciting addition to a team that was in dire need of a productive first baseman, especially after they traded one for a starting pitcher.