Is Their Time with The Yankees Numbered? 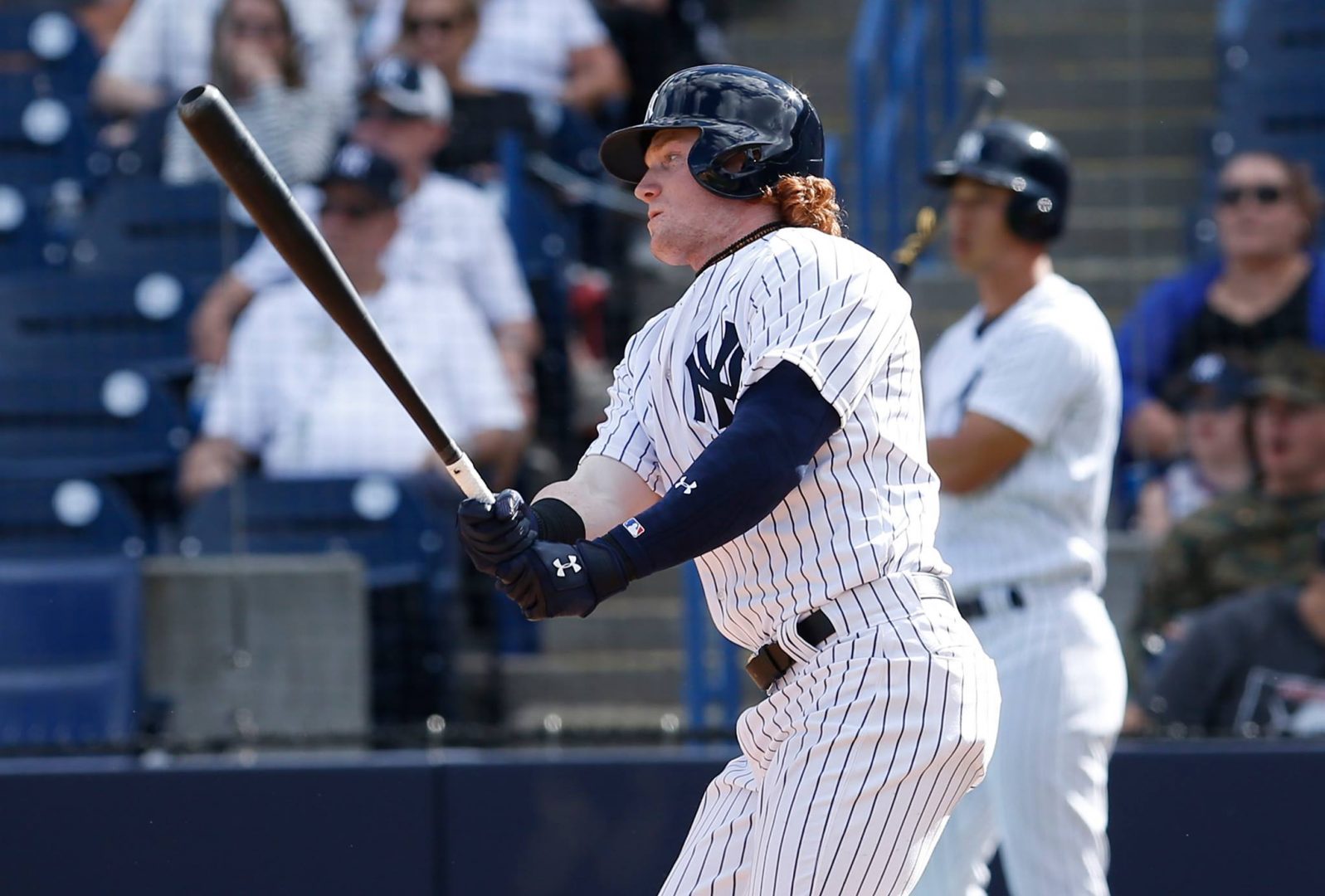 In just a couple weeks, players will begin to report to Tampa, FL to begin ramping up their preparation for Spring Training 2018, if they haven’t done so already. Rumors are flying around that New York is still in talks to acquire Manny Machado from the Orioles. Todd Frazier still remains unsigned and they Yankees have been linked to him throughout the off-season. With no room on the 40-man roster, lets take a look at who could be on their way out of New York should a free agent sign, or a trade be agreed upon.

The Las Vegas, Nevada native pitched to a 4-1 record and 3.77 ERA in 2017. In 45.1 innings pitched (44 games), Shreve struck out 58 and walked 25. Opponents hit just .205 against him, helping lead him to earn a 1.32 WHIP. The southpaw rode the ‘Scranton Shuttle’ for all of last season due to a lack of consistency and ineffectiveness, despite his numbers. With his salary continuing to rise from the arbitration process in place, the Yankees could look to move Shreve in a trade in search of a more effective, cost controllable lefty option out of the bullpen for manager Aaron Boone.

Gallegos made his Major League debut in 2017, going 0-1 with a 4.87 ERA in 16 games. The Obregon, Mexico native did strike out 22 in 20.1 innings pitched and walked five. Opposing batters hit him hard at a .263 clip. Simply put Gallegos is a below average reliever that does not have a place in a stacked group of Yankees relievers. His above average curveball could peak another general manager’s interest should he be designated for assignment. Personally, a DFA move will come at some point for Gallegos in 2018, it could even come as early as Spring Training if a dark-horse prospect such as Chance Adams or Justus Sheffield crack the 25-man roster.

Frazier would be an above average everyday major leaguer on 29 of the 30 major league baseball teams. Unfortunately for him, the Yankees are the one team that he’s considered depth, for a lack of a better term. Due to an overabundance of superstars at the corner outfield positions with Giancarlo Stanton and Aaron Judge locked in the Yankees long-term plans, ‘Red Thunder’ is simply trade bait. Whether it is before the season starts or at the trade deadline, the Georgian will be moved for starting pitching, or an infielder.

The newly acquired Blash shouldn’t get too comfortable, as he could be on the move soon. With a surplus of talented young outfielders already on the 40-man, Jabari might be the odd man out should a DFA move need to occur if general manager Brian Cashman makes a trade, or decides to call up a prospect to the show. Thus far in his major league career he’s slashed a very unimpressive .200/.323/.336. Blash has also struck out 100 times in just 235 at bats.

Cave has finally earned a spot on the Yankees 40-man roster, even after having been selected (and later returned) in the Rule V Draft in 2016. The 25-year old slashed a combined .305/.344/.423 with 20 homers, 26 doubles, and 56 RBI’s for the Trenton Thunder (Double A) and Scranton/Wilkes-Barre RailRiders (Triple A). With Stanton, Judge, Frazier, Blash, Brett Gardner, Aaron Hicks, and Jacoby Ellsbury all ranked above him – look for Cave to be moved sometime in 2018. Cave’s unfortunate situation is very similar to how Ben Gamel’s was a couple years ago. Gamel has really produced in a major league role for the Seattle Mariners since the trade.

Austin and McKinney are two of the same player. With every spot on the 40-man roster having incredible value, most likely the Yankees will be forced to pick one of the pair. Both players have shown they can hit in the minor leagues, play a serviceable first base and in the corner outfield. Austin batted .275 with 10 home runs in 47 games for the RailRiders in 2017, while McKinney hit .306 with 10 round-trippers in 55 games. If you were wondering, Billy is 23 and comes with all of his minor league options, while Tyler is 26 and has Major League experience and used at least one of his options.