Is This Heaven? No, it’s The SI Yankees Promo Schedule 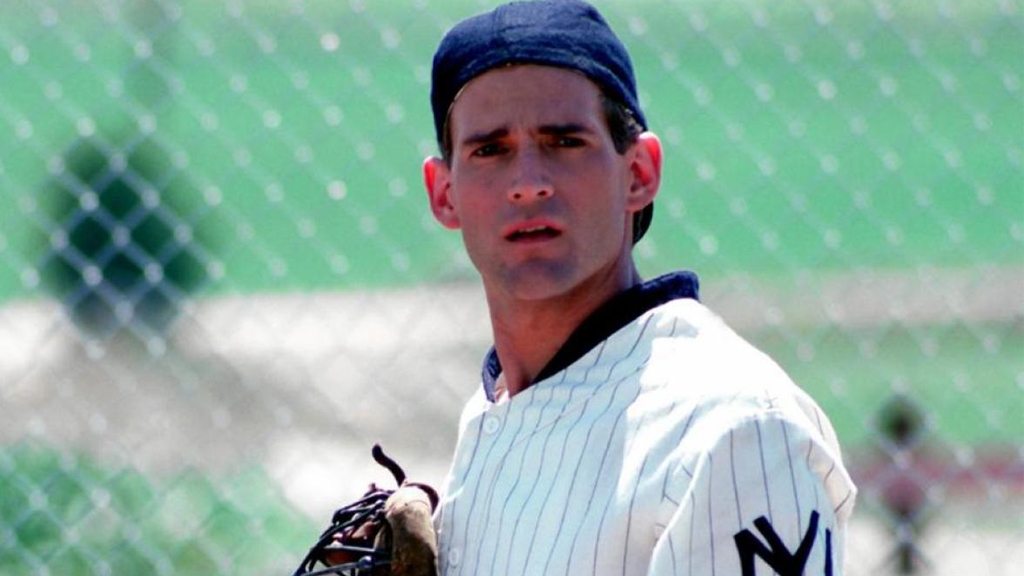 Field of Dreams' Dwier Brown will be on hand to throw out the first pitch on Opening Day.

Throughout the last few weeks the Baby Bombers have been revealing pieces of their 2015 promotions schedule and they will be kicking off the season with a special appearance by Field of Dreams’ Dwier Brown on Opening Day June 19 as they face the Brooklyn Cyclones.

Brown played John Kinsella, the father of Kevin Costner’s character, in the classic baseball film.  He will be on hand to throw out the first pitch and sign autographs for fans.  After the game the fans will be invited out onto the field to have a catch, like Ray Kinsella did with his dad at the end of the film.  In addition Opening Day will be the first of 11 fireworks nights throughout the 2015 season.

On Sunday, June 21 members of the Scooter’s Kids Club will join the Pinstripe Patrol to wish Scooter the Holy Cow a happy birthday prior to the game against their crosstown rivals.  Cake will be served, check out the SI Yanks website for more information on how to join Scooter’s Kids Club.

After the Staten Island Yankees take on the visiting Hudson Valley Renegades on Saturday, July 4 fans will be treated to a Fourth of July Fireworks celebration that is sure to light up the harbor.  Then on Monday July 6 the Yankees will celebrate Pride Night, organized by the Staten Island LGBT Community Center.

The next week, on July 15, the Baby Bombers will face off against the Brooklyn Cyclones as they celebrate Jewish Heritage Night presented by Gold’s.  It will also be Ed Randall’s Bat for the Cure Night at the Richmond County Bank Ballpark.  July 17 after the game against Brooklyn will be fireworks for all the fans in attendance.

Saturday, July 18 will celebrate the 150th anniversary of the FDNY and the 100th Anniversary of Engine 161 and Ladder 81 on FDNY Appreciation Night along with post-game fireworks.  Sunday July 19 will be an Ice Cream Social Meet-and-Greet with the Team for members of Scooter’s Kids Club after the game.  The Baby Bombers will close out the month of July with a post-game fireworks display on July 31.

Saturday, August 15 will be the first ever Staten Island Star Search as the Yankees will be looking for the borough’s “Diamond in the Rough.”  They are holding auditions on May 9 for anyone who would like to perform in front of fans while the Yankees take on the Vermont Lake Monsters.  Anyone with dancing, acting, singing, comedy, magic or any other talent are invited to submit their info, videos and preferred audition time to Ian Fontenot at ifontenot@siyanks.com.

The Richmond County Bank Ballpark will play host to Italian Heritage Night on Sunday, August 16 as the Yankees will face off against the Lake Monsters.  In addition Scooter’s Kids Club members are invited to hang out with Scooter and the Pinstripe Patrol for a Back-to-School party.

Almost two weeks later on Friday, August 28 will be Irish Heritage Night sponsored by Richmond County Savings Bank.  The first 2,500 fans in attendance at the ballpark will receive a free Staten Island Yankees Shamrock Hat.  All fans will be treated to a post-game fireworks display.  Sunday August 30 against the Connecticut Tigers will be Military Appreciation Night in St. George.

Then in September will be the night the Staten Island Yankees will don jerseys based off of the Flag of Staten Island and post-game fireworks as they celebrate Fan Appreciation Night against the Tri-City Valley Cats on Friday, September 4.  All fans in attendance will have the chance to win one of the most unique jerseys in all of Minor League Baseball.

Stay tuned as the Baby Bombers will be announcing many other promotions for the 2015 season.  To view the full schedule click here.