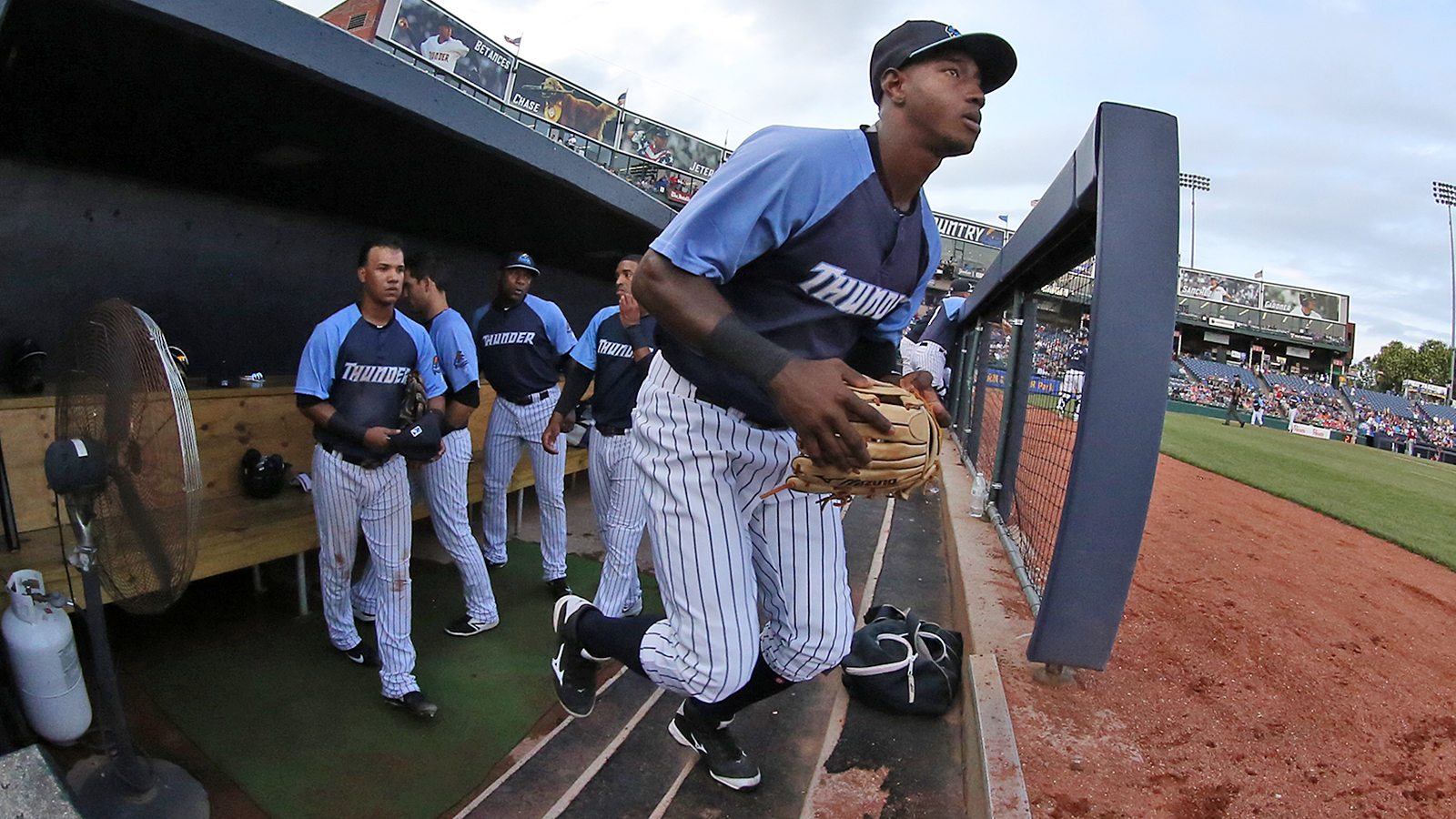 There has been a lot said about whether the Yankees should be buyers or sellers as we head to the trading deadline.  While they are in the middle of a “cough” rebuilding year, they have remained competitive to the point where they are in contention for a wild card spot at least.

But just because of the emergence of Gary Sanchez, Aaron Judge and others do not mean the Yankees should mortgage the farm to get back pieces to the playoffs.  It also does not mean the team should stay put and not trade prospects for valuable pieces that contribute now in the big leagues.

After the 2017 season, the Yankees have some tough decisions to make.  Even though Frazier, Fowler, Wade and a few others are already on the 40-man roster, there are still many players that need to be protected.

CC Sabathia, Matt Holliday, Todd Frazier, and Michael Pineda will all be free agents at the end of the season, but at that time Greg Bird and Dustin Fowler will have to come off the 60-day disabled list and count towards the 40-man roster again.  Meaning two of the four spots are already accounted for. 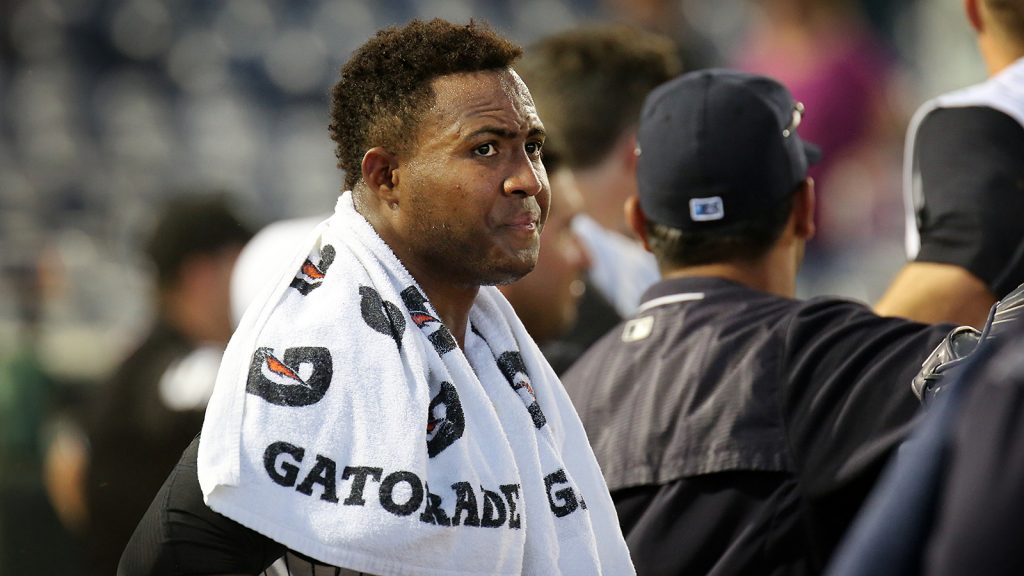 Domingo Acevedo is one of many prospects who will have to be added to the 40-man roster this off-season. (Martin Griff)

After this season, the Yankees will have to decide if several more minor leagues have developed well enough to be added to the roster.  This includes guys like Domingo Acevedo, Thairo Estrada, Zack Littell, Billy McKinney, etc.  You cannot protect them all unless you open some spots and making a smart trade will help with that.

In addition to some of the guys eligible for the Rule 5 draft this year, there are several players on the Yankees 40-man roster that could be packaged in a deal to help acquire a much-needed starter.  Could we see a deal that includes a Ronald Herrera, Jorge Mateo, or even Yefry Ramirez, Dietrich Enns, along with some other prospects for a starter?

I would not be opposed to doing that.

For the first time in a while, the Yankees have the depth and ability to be able to trade several prospects for a starting pitcher that would be under team control.  It would be foolish not to consider it, especially if you can get one at the right cost.

Let’s face it with the current depth; there is no clear shot to the big leagues for Jorge Mateo.  Torres is already ahead of him on the depth chart and will likely make his major league debut in 2018.  Mateo is blocked in the infield and the outfield with the Yankees.  It would probably work out better for him and the Yankees to package him in a deal for a starting pitcher.

We already know that the Oakland A’s and Texas Rangers have scouted Mateo in Double-A.  Have they liked what they saw from him? We don’t know.  But we do know that Mateo has excelled since making the jump from High-A Tampa.

Even a year ago I had Mateo on my “untouchables” list, the guys I wouldn’t want to trade for anything.  But now I just do not see a clear path for him to the big leagues with the Yankees.  Don’t get me wrong, the kid probably has the best speed in baseball but where are you going to play him when you have your infield and outfield positions taken. 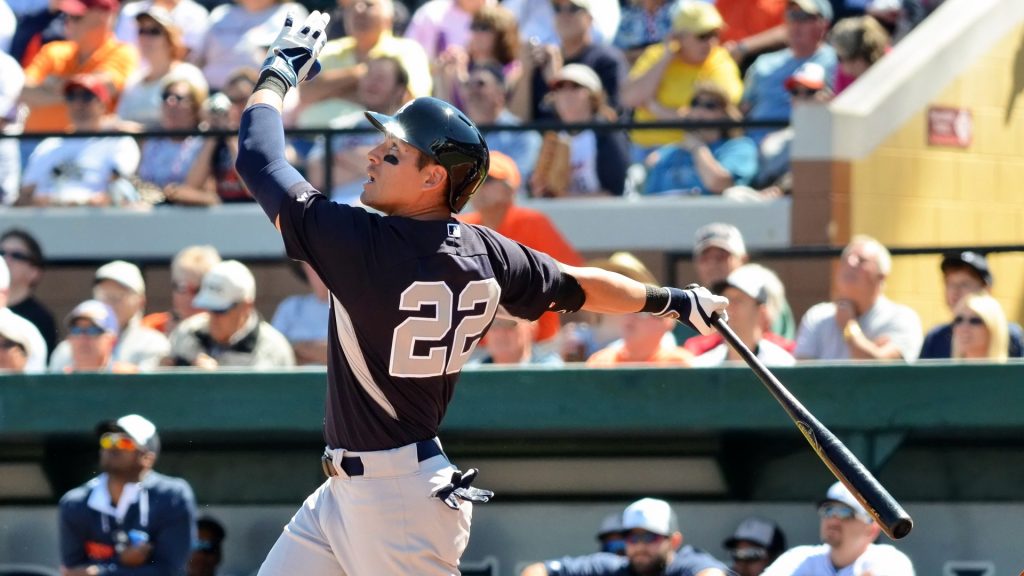 Is it possible for the Yankees to trade Jacoby Ellsbury?  (Tom Hagerty)

The Yankees already have to try to find a way to make space in the major league outfield when Aaron Hicks returns from injury.  Sending down Frazier, while the right move on paper, would not be ideal.  They need to find a way to rid themselves of Jacoby Ellsbury.

The recently proposed trade by Michael Kay on his radio show was intriguing.  Bad contract-for-bad contract, a swap of Ellsbury for Justin Verlander.  Even though he is 5-7 with a 4.50 ERA in 2017, I would be willing to take a chance on Verlander, if it means we can clear an outfield spot for Frazier to play every day.

Even if the Tigers do not go for that trade, I would make Ellsbury available and be willing to eat a hefty portion of that salary to get the deal done.  If having him on your team is going to make your team worse, you must be willing to part with him and take the financial hit.  There is more money to be made with Clint Frazier in the Yankees outfield than with Jacoby Ellsbury.

This trade season the Yankees are in a position they are not used to.  But they should take advantage of it and help set the team up for the future.  After all, this is not about just the 2017 season, but the next decade.