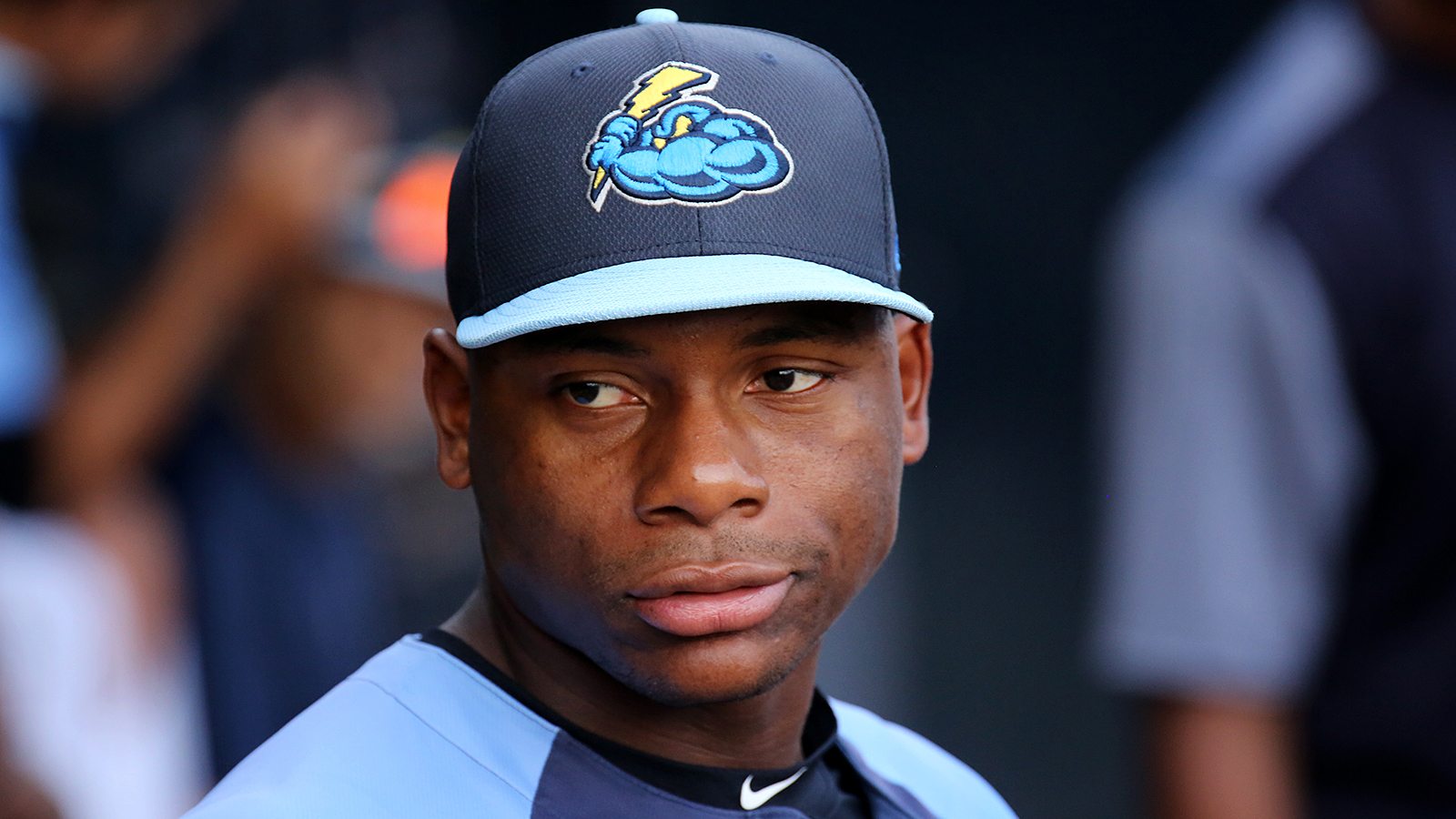 Jackson is working to try and get on base at a higher rate while cutting down on strikeouts.(Martin Griff)

TRENTON – Mere hours after the Thunder bullpen squandered a three-run lead in the eighth inning en route to a 6-5 defeat at the hands of Portland, the trio of Jose Mesa Jr., James Reeves and Joe Harvey combined to toss 4 2/3 innings of scoreless relief to help nail down a 3-1 Trenton victory at ARM & HAMMER Park on Saturday afternoon.

Thunder starter Will Carter, coming off a rough outing in which he yielded six runs in just 2/3 of an inning against Erie, navigated in and out of jams through his 4 1/3 innings on Saturday. The right-hander allowed six hits and walked three batters, but limited the damage to just a second inning RBI single by Luke Tendler due large in part to two double-play groundouts to evade further damage.

After falling behind 1-0 in the second inning, Thunder right fielder Jhalan Jackson followed a Trey Amburgey double by blasting his Eastern League leading sixth homer to put Trenton ahead, 2-1 in the fourth. Left fielder Ben Ruta then singled to extend his hitting streak to eight games and came around to score to put the Thunder ahead for good, 3-1. Ruta remains the leading hitter in the Eastern League with a .425 batting average.

Both teams will battle it out on Sunday afternoon in the rubber-game of their three-game set. Portland will toss southpaw Kyle Hart while the Thunder have yet to announce their starter.