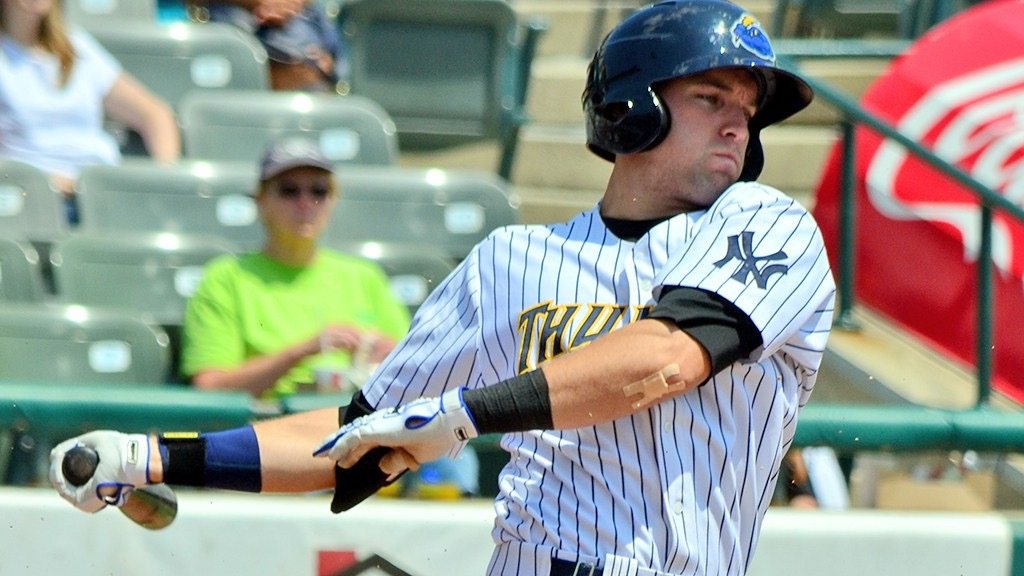 The Trenton Thunder announced on Wednesday afternoon that outfielder Jake Cave had been promoted to Triple-A Scranton Wilkes-Barre prior to the teams game at Altoona. Cave is in the Railriders starting lineup against Pawtucket tonight.

The versatile 23-year old outfielder was having a solid start to his 2016 campaign in Trenton; hitting .288 with a team-high 14 extra-base hits

Cave nearly made the Cincinnati Reds big league roster out of spring training after they selected him in December’s Rule 5 Draft. Instead, the Reds opted to return him back to the Yankees the day before the season began.