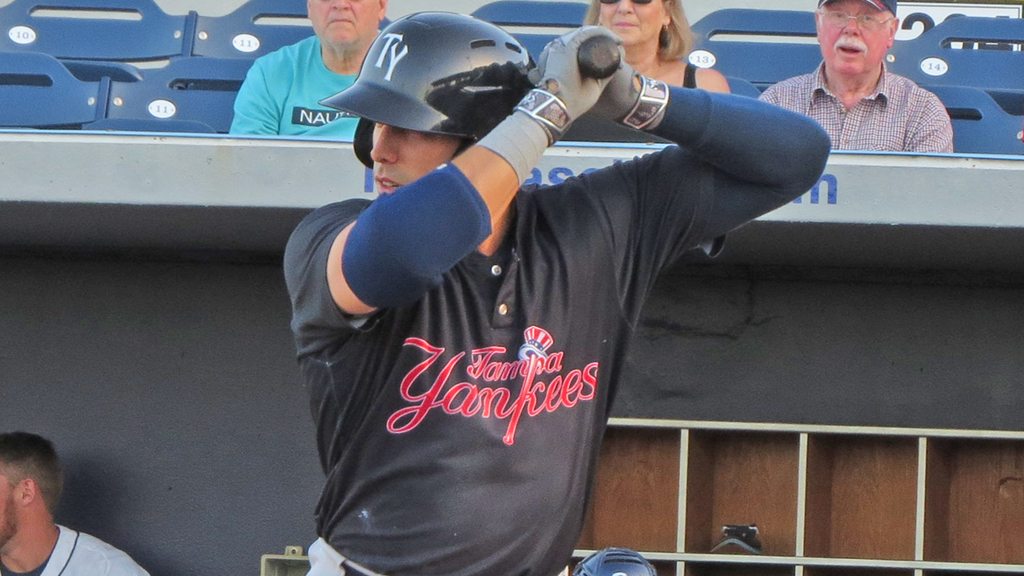 Joey Maher was on the mound making his second spot start for the Tampa Yankees Tuesday night as they took on the Lakeland Flying Tigers in the second of a four-game series. The Yankees’s comeback on Monday fell short as they lost the first game 4-5.

Maher had a quick and clean first inning drawing two groundouts and a strikeout. In the second inning he’d have the bases loaded from a walk and two singles, but would get out of the inning giving up just a run on a grounder to first. A short single in the third would give the Flying Tigers their second run with a man on third. Through three innings in his second spot start, Maher gave up five hits and two runs. However, every hit to that point was short and shallow, falling right in front of the outfielders or finding the infield gaps.

As for the Yankees offense they’d get their first hit in the third and first run in the fourth. Billy Fleming started the inning with a scorching grounder that’d go over the third baseman’s glove giving him a double (his eighth double of the season). After Fleming moved to third from a Miguel Andujar single, he’d eventually score after Devyn Bolasky hit into a double-play with no play at home.

Maher’s night ended after five innings where he’d give up two earned runs while striking out four. After the second and third innings causing him trouble, he settled in nicely to keep the game in the Yankees’ grasp. The offense eventually tied it up in the fifth where Austin Aune started off the inning with a single to right. Jake Skole followed with a single of his own to put runners on the corners with one out. The tying run came off the bat of Cesar Diaz who hit one of the more shallow ground-rule-doubles you’d see as it bounced maybe 10 feet away from the visitors dugout.

Pitching in relief for the Yankees would be Travis Hissong making his 2016 Tampa Yankees debut. Hissong was welcomed to Advanced-A by Christin Stewart who’d take him long giving the Flying Tigers the lead once again. The Yankees came right back in the bottom of the inning as Austin Aune drove in Devyn Bolasky who was at third after a single his single and Abiatal Avelino‘s double. The Flying Tigers would continue to threaten in the seventh. Hissong was getting hit pretty hard in his first appearance this season giving up the homer and a ground-rule-double. He’d be replaced after pitching 1 2/3 innings by James Reeves. Reeves escaped the jam to get the Yankees out of the inning without giving up a run. The game would stay tied heading into the bottom of the eighth.

The bullpens would keep the game scoreless in the seventh and eighth. Dillion McNamara came on for the Yankees during the eighth inning as James Reeves left with what may have been an injury. McNamara went on to pitch the eighth and ninth innings striking out four and allowing no hits. That’d eventually set the Yankees up to win it in fashion in the bottom of the ninth. Abiatal Avelino started the inning off with a double and after a grounder would eventually reach third. With two outs in the ninth Jake Skole sent a grounder to right field which would score Avelino easily and get the Yankees a walk-off win in the second game of the series. Dillon McNamara earned the win as his dominant two innings were the main reason the Yankees were in place to get the win.

Tomorrow the Yankees have Vicente Campos on the mound trying to earn his fourth win of the season. The Yankees will look to cut the Clearwater Threshers lead down to a half game in the FSL North as well.