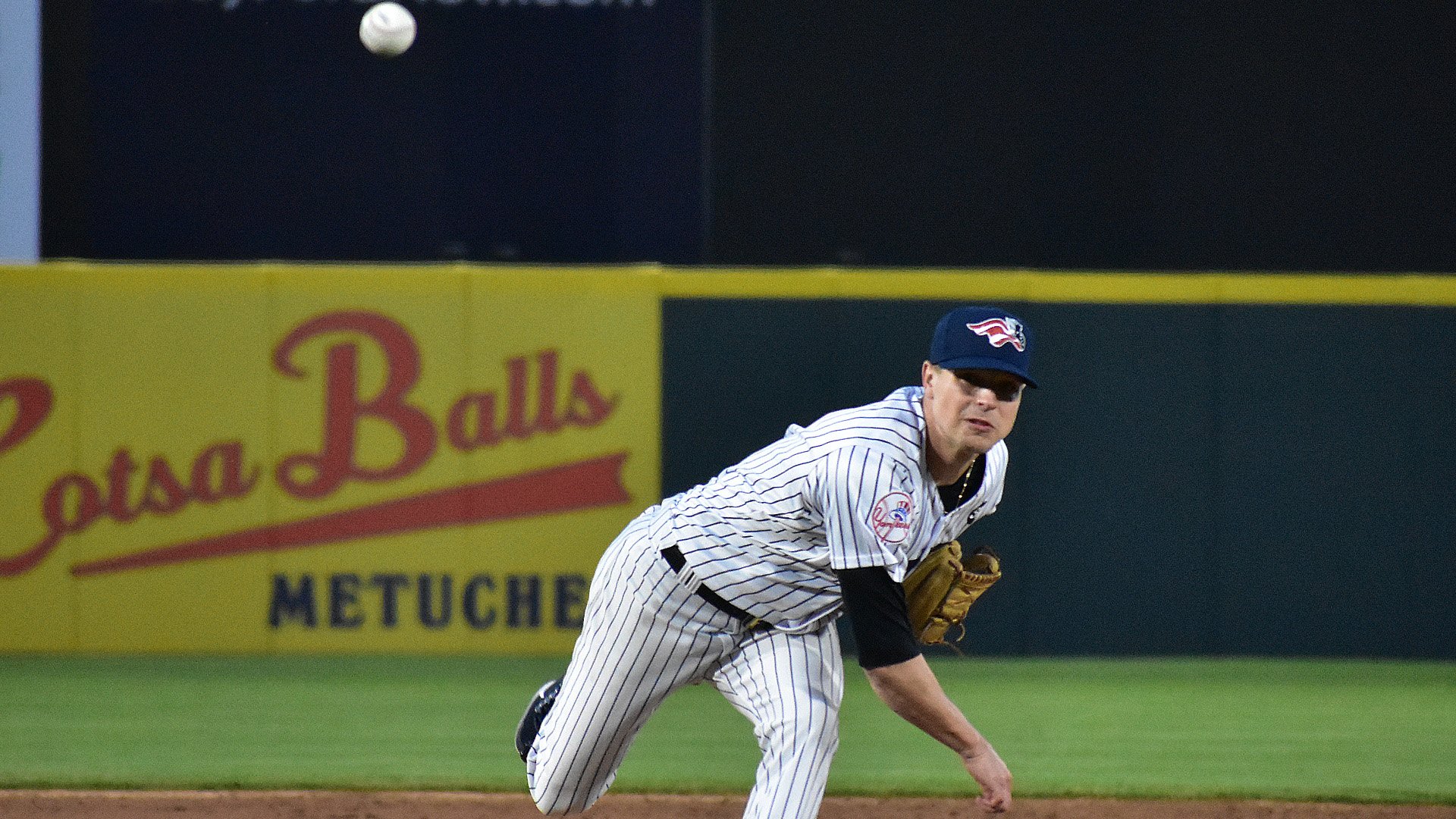 Somerset right-hander Janson Junk was very much an under-the-radar prospect heading into the 2021 campaign back in May. Not many fans or even talent evaluators around the game invested much attention into the Yankees 2017 22nd rounder after a 2019 season that saw him post a 5.54 ERA and a 1.65 WHIP in 22 outings. Fast forward to the end of July and there’s now seemingly endless interest and attention being cast on Junk after being named the Double-A Northeast League’s Pitcher of the Month for June.

At the conclusion of play on Tuesday night, Junk sports a crisp 1.46 ERA in 11 starts and two piggyback outings; that qualifies him for the second best mark in all of minor league baseball. More than that though, Junk has cut more than half of a run off of his cumulative career WHIP entering this year (1.56) by posting a 0.91 mark, which ranks in the top-eight of all qualified pitchers in minor league baseball. Since exiting his first start of the season on May 7 with a 2.45 ERA, Junk’s ERA has not risen above 1.46 at any point of the entire season.

“I put a lot of work into that year off,” admitted Junk. “Having the confidence that coming out of that, all of my pitches are elite and that I can get anybody out. Just having the mindset and being the aggressor; I want to be dictating the pace.”

Junk added, “I’m just going out there and executing and believing that I can get the job done. Everything involved from first pitch strikes, winning my 1-1’s, expanding, getting ahead with fastball or off-speed.”

With the MLB trade deadline looming in just ten days and a bevy of scouts from organizations around the league on hand for his Tuesday night start against Altoona, Junk showcased all of the tools that scouts have come to like about the 25-year old Seattle-product. Aside from surrendering a third inning solo homer, Junk allowed just one other hit and fanned five in a mostly efficient start that felt like he was on cruise control for much of the night.

After breezing through the first five frames, Junk labored through his sixth and final inning on a muggy and humid summer night in Bridgewater. After recording two quick outs, it was obvious that Junk didn’t have much left in the tank; he was missing high with the curve and just lost the command of the zone that had become his bread and butter. Sweaty hands and weak legs were kicking in. Before you knew it, Junk issued walks to three straight batters to load the bases and seemingly brought the tying run to the plate for the Curve. In most instances that seems like an ideal spot to pull the starter and go to a fresh arm down in the bullpen. Instead Junk was awarded the opportunity to escape the jam and end his night on a high note. 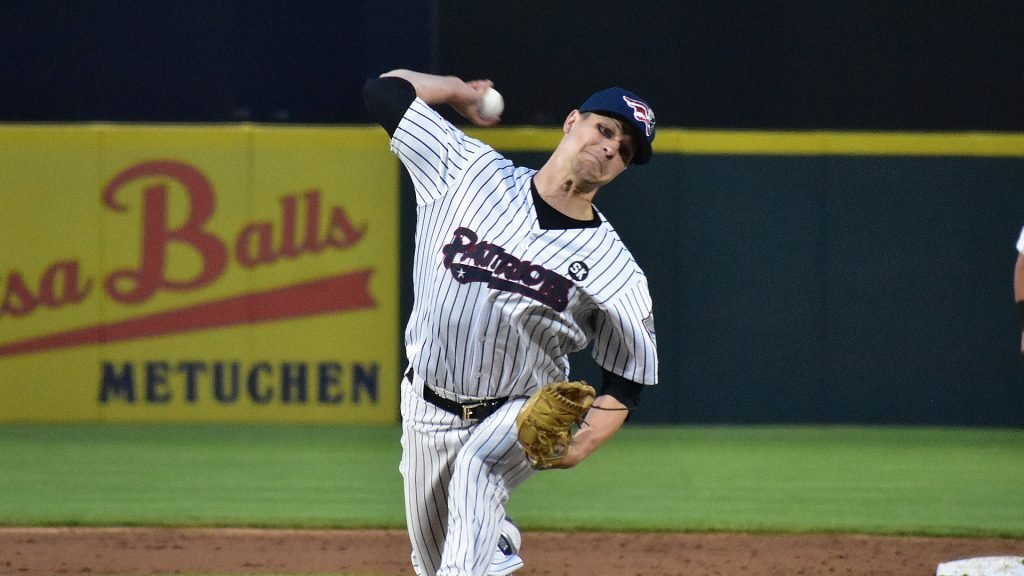 Junk got ahead of Altoona’s Daniel Amaral with a 1-2 count and put him away with a foul-tip strikeout with his sharp slider to escape without blemish. I felt like that sixth inning sequence was the most impressive part of his outing. When Junk was faced with some rare stages of adversity, he bared down and had to work his way out of a big-time jam; that’s the stuff that scouts pay attention to.

The slider that assisted Junk in getting out of the inning has been a huge, huge reason for his breakout campaign this season. The Washington-native is a fastball, curveball, slider and change-up guy, but Patriots Pitching Coach Daniel Moskos has called Junk’s slider his best pitch and even one of the better slider offerings in the organization.

“I have been trying to get better with it with two strikes – trying to expand it a little bit more and get a little bit more horizontal break when I need to. It’s been my backbone for right-handed hitters. Get ahead and then I have just been getting more strikeouts with that pitch recently because I know that I can get more strikeouts. I just keep evolving and using all of the equipment out in the bullpen, trackman, and electronics in order to maintain the quality of the slider.” 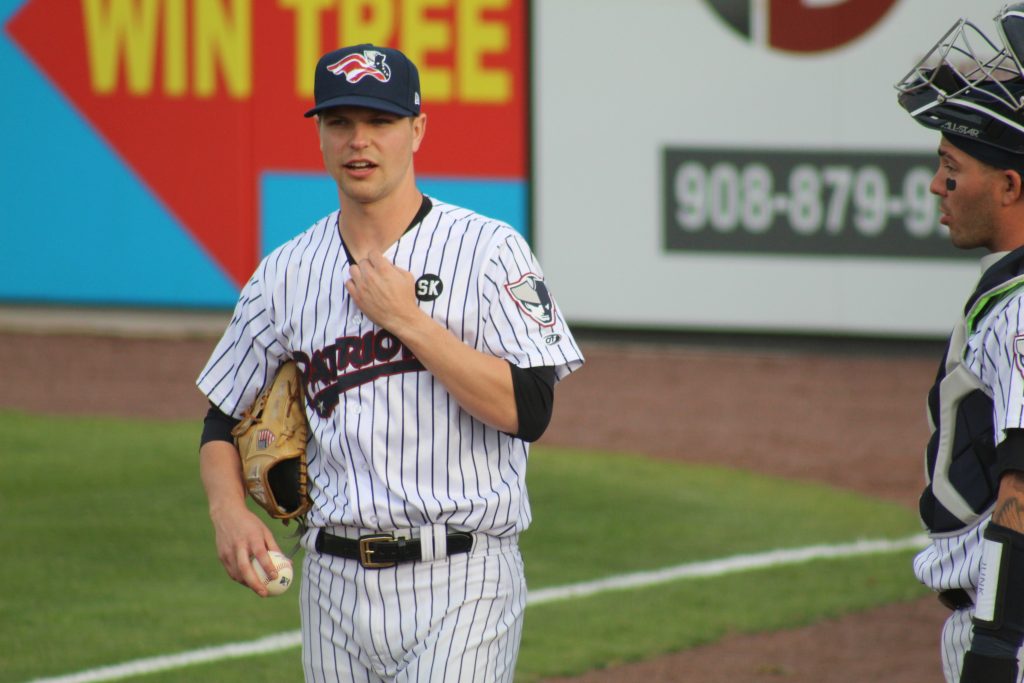 When asked about the development of that pitch and adding it into his arsenal, Junk said earlier in the season, “It was mostly getting my slider tuned back in. I wanted a better distinction between my curveball and my slider, which I didn’t think I had back in 2019. I think they just blended into each other too much; my slider was a little bit slurvey, it wasn’t consistent and it wasn’t good enough to get outs.”

So why the heavy scout presence and potential trade talk? Well, business. Baseball business is complicated and a lot of times quite difficult to understand or interpret, but I will try.

Junk is not on the Yankees 40-man roster and he will be Rule 5 Draft eligible again this winter should the Yankees opt to not add him in order to protect him from exposure to the other clubs in baseball. The organization knows this situation all too well and have had to deal with it quite a bit in recent years. There is just so much talent in the system and the rules prohibit you from keeping it forever without presenting those players with a major league opportunity. It has turned into somewhat of an annual event for the Yankees to pull off deals near the deadline involving players that they do not intend to protect in order to obtain some form of value in lieu of potentially losing them for nothing in a few short months.

“It’s in the back of the head, but in all, I’m here with the Yankees,” admitted Junk. “I have to go out there and pitch every single day and put my work in as a player and in my everyday life. I’m not really worrying about that, I have my agent that deals with that stuff. We’ll see, who knows what happens. I love the Yankees and would love to stay here, but anything can happen.”