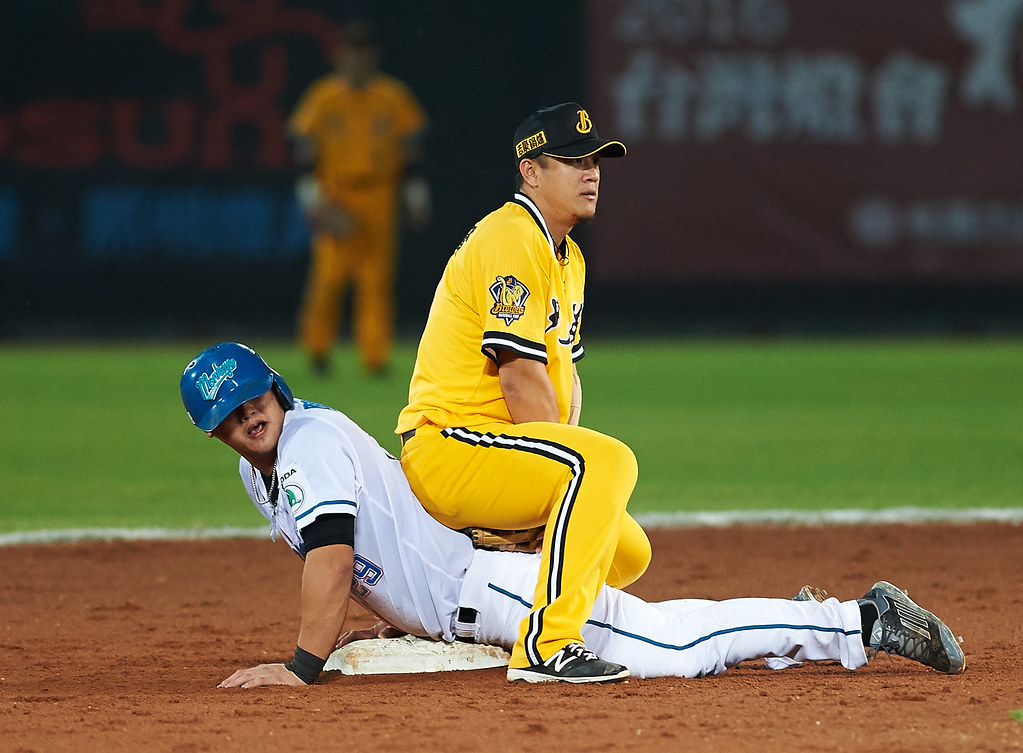 The eyes of baseball fans across the nation turned eastward this week, and for good reason. After protracted talks, the Korea Baseball Organization reached a deal with ESPN to have its games aired live in the United States with English commentary. Just in time, too, as the KBO kicked off its season this week with stringent protective measures and empty stands. The news was met with great fanfare, as the KBO is known for its high level of competition and the visible on-field passion of its players.

We would be remiss, however, if we did not recognize that there has been professional baseball in the world for almost a month already, thanks to a small island nation 900 miles to the south. Taiwan’s circuit, the tiny Chinese Professional Baseball League, got started on April 12 as the only operating sports league on earth. The folks in charge of the four-team league quickly capitalized on their great fortune. A few days into the competition, CPBL games were airing for free on Twitter, complete with cardboard cutouts in the seats, cheerleaders atop the dugouts, and delightful English announcers. As baseball fans patiently awaited the arrival of the larger KBO and kept abreast of the ever-shifting discussions on MLB’s return, the CPBL kept us sane and entertained. It also provided an opportunity for me to add another favorite team to my expanding repertoire. I chose the Uni-President Lions (Uni-Lions or Lions for short), and in the coming paragraphs, I’ll explain why every Yankee fan should do the same.

As with all franchises in the CPBL and the KBO, and many in Japan’s Nippon Professional Baseball, the Lions’ moniker utilizes its corporate sponsor, the food-service conglomerate Uni-President Enterprises Organization, the way American teams use their city. The Rakuten Monkeys, Fubon Guardians, and CTBC Brothers round out the league. The Lions play in Tainan, in the southern region of the country, and a quick Wikipedia search reveals it to be a dynamic and historic place. Tainan is the oldest city in the country and anchors its sixth-largest metropolis. Like New York, it once served as the national capital, and it has witnessed distinct phases over the course of its existence – its many rebirths have even earned it the nickname “Phoenix City.” I found myself drawn to photos of its architecture, extensive transit network, and vibrant urban green spaces. Tainan seems like a town its citizens and baseball fans would be proud to call home.

The Lions’ home is Tainan Municipal Baseball Stadium, a 12,000-seat ballpark built-in 1931, expanded in 1995, and seemingly hardly touched since then. CPBL games are known for their raucous and celebratory atmospheres, and Tainan Stadium would surely look better with fans in the seats. In their absence, I was struck by the no-frills, workmanlike appearance of the park. Its stark concrete exterior rises abruptly from mostly empty surroundings and is punctuated with bright letters in Chinese and English. Its technology and amenities appear cheerfully faded and dated, and a lonely, box-like structure interrupts the panorama beyond the outfield walls. The scene immediately felt eerily familiar. Tainan’s ballpark reminds me of a model-scale old Yankee Stadium.

I can’t help but address this topic. The Lions have a rotating cast of brightly colored uniforms – at first glance, seemingly very un-Yankee-like. But if you look closer at some of the details, the parallels stand out. The logo that appears in box scores and TV score bugs, as well as certain sets of batting helmets, is an interlocking “U-L” that’s reminiscent of the famous Yankee “NY.” During weekday home games, the Lions wear white uniforms with black sleeves and “Uni-Lions” emblazoned across the front, along with a black cap with a “Lions” wordmark. On the road, the jerseys are black with orange sleeves and a blinding orange cap with the lion logo. But on the weekends, when they play at home, their look takes on a classy and traditional feel that Yankee fans the world over would love. For starters, they wear sharp pinstripes. Instead of the full-length wordmark or cartoonish lion, the cap contains a simple script “L.” Perhaps most visibly, the jerseys read “Tainan” in large script across the chest, with the official “Uni-Lions” appearing in much smaller print below. The Lions are the only team in the CPBL to feature their city’s name on any uniforms. It’s a lovely nod to civic pride and a touch that would feel familiar to fans of many American teams – but none more so than those of the Yankees, who are accustomed to walking back to the subway with “New York, New York” ringing in our ears.

I was born in 1995, and while I’ve donned pinstripes since I was in diapers, I’d say my first season as a fully functional Yankees fan was 2003. My formative years following the team were the mid-aughts, between the height of the Sox-Yanks blood feud and the last days of the old stadium. These were years of constancy – the 90s championship core was still intact, with the stars of those teams riding out the latter halves of their primes. It was not an age of excitement and youth, but rather one of predictable excellence and well-seasoned veteran savvy.

There were, however, a few high-profile rookie breakouts during these years. The most significant belonged to Robinson Cano; fans will also recall Melky Cabrera’s debut. Maybe it’s because I’ve always loved great pitching, but the young phenom of that era that stands out the most to me is a right-handed sinkerballer named Chien-Ming Wang. After a solid rookie season in 2005, Wang anchored the Yankees rotation for the next few years, most notably finishing second in the AL Cy Young Award vote in 2006 and serving as the Opening Day starter in 2008. Wang suffered a freak injury running the bases later in that campaign and never really recovered, though, by virtue of appearing during the 2009 season, he did earn a World Series ring.

Wang was born and raised in Tainan. Upon reaching the major leagues, he became the third Taiwanese player to do so, joining Chin-Lung Hu and Hong-Chih Kuo, also Tainan natives. For Yankee fans of a particular age, he remains an almost mythic figure – the sky-scraping heights of his brief career came to an end as quickly and suddenly as they arrived. As we seek answers and distractions during this public health disaster, cheering for the hometown team of a childhood hero makes sense. The Uni-Lions just feel right. I’ll be rooting for the Lotte Giants as the KBO enjoys its moment in the national spotlight (former River Ave Blues writer Sung Min Kim is a front-office staffer, and they share a name with my football team), but I won’t just forget about the CPBL. And while my TV will be tuned to Korean action on ESPN, I’ll still be logging on to Twitter to catch the Lions each morning.