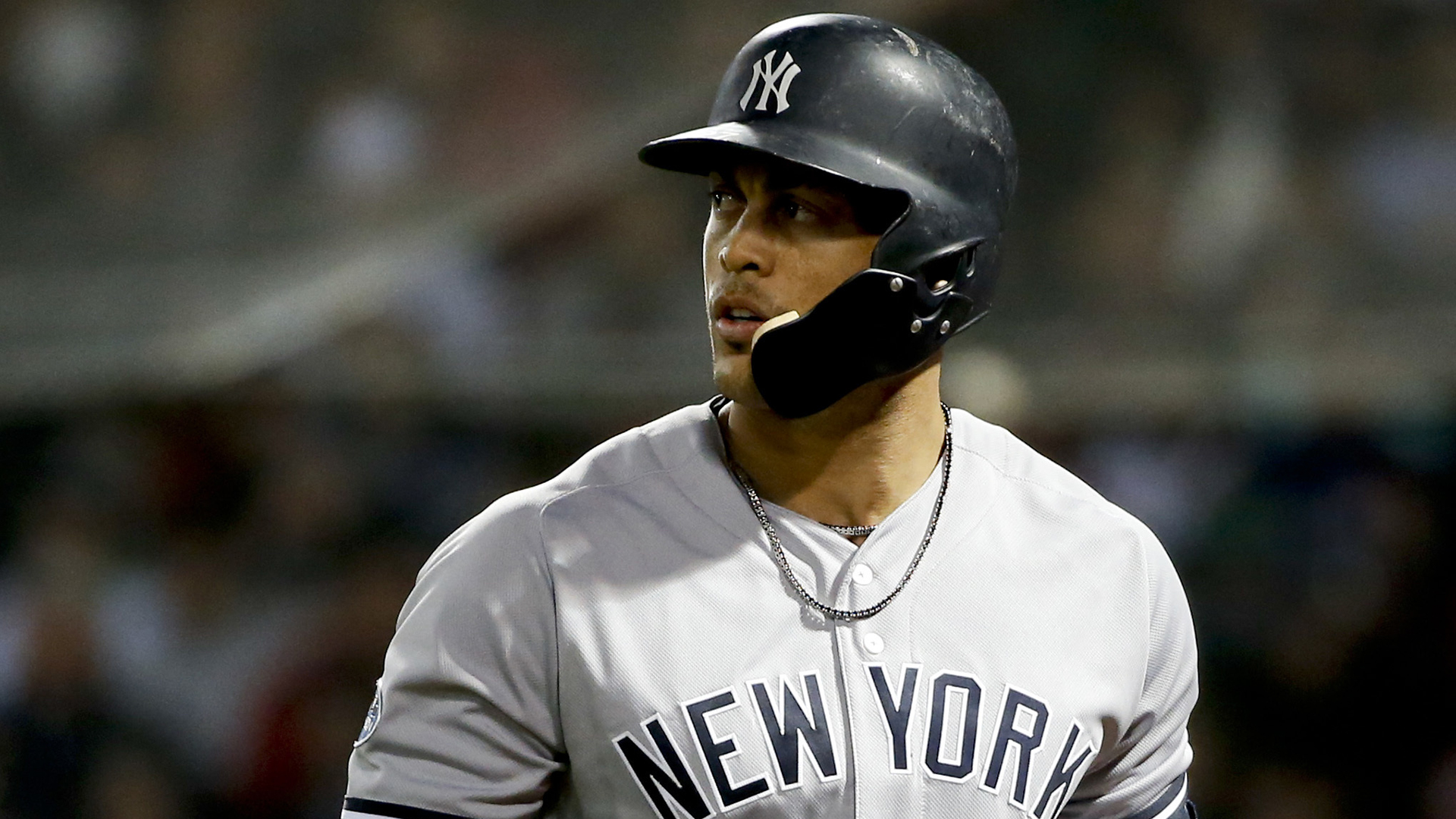 I miss being wrong about baseball. I love this game because on the one hand, it’s so easily quantifiable – its leisurely pace lends itself well to easy scorekeeping, and the data becomes more plentiful and accessible with the passage of time – and on the other, it is so deeply unpredictable and profoundly humbling. Formulating well-researched, evidence-based arguments is relatively straightforward. Being right is much more elusive, and that’s what makes the game compelling.

As we suffer through what will likely end up being the longest continuous period without baseball in 26 years, and will perhaps be much longer than that, there’s nothing much to do other than wait. Putting together a take at a time like this is a rather hollow exercise because it won’t be put to the test for months at best. There’s very little joy in shouting into the void. But it’s April, and it just doesn’t feel natural not to be writing about baseball. So let’s talk about Giancarlo Stanton. 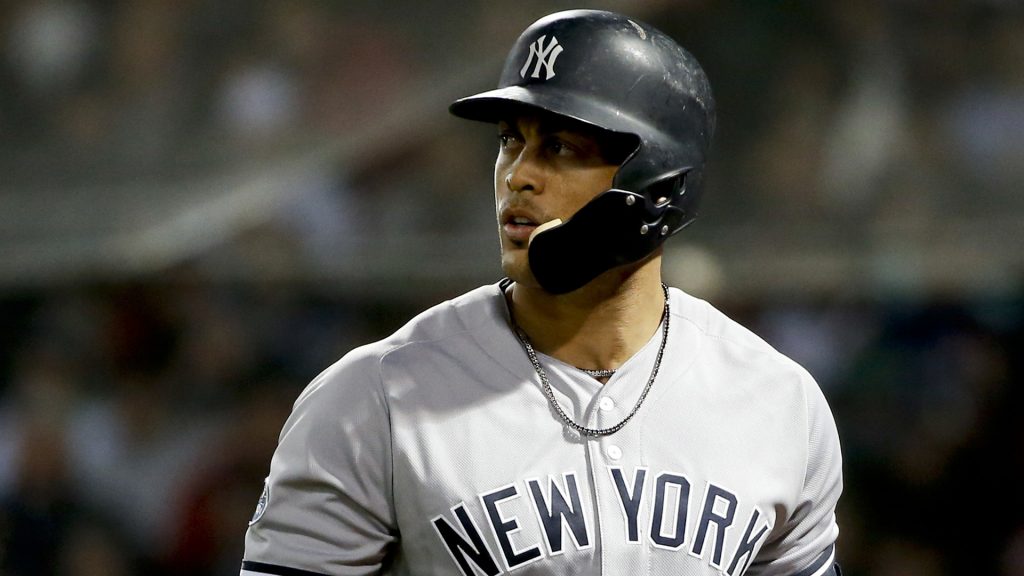 Though he isn’t always the most popular on certain segments of Yankees Twitter, Stanton is undoubtedly one of the most important players on the team. Fans tended to view his first full year with the Yankees with his MVP-caliber 2017 as a backdrop, which terribly warped their perspective on what was a tremendously successful campaign. Stanton carried the club for long stretches of that summer, particularly when Aaron Judge succumbed to a broken wrist, and appeared in all but four games. Failing to match the fireworks of a 59-homer outburst shouldn’t have been held against him.

The real problem with Stanton isn’t his strikeout rate or his relatively more modest numbers in year one with New York. It’s his ability to stay on the field. He’s missed multiple weeks of almost every season he’s played, and the injuries were mostly chronic as opposed to the products of bad luck. Knee and hamstring trouble cost him large portions of 2012 and 2013. A broken hamate bone, sustained on a swing and not a HBP, resulted in only 74 games played in 2015. Another hamstring strain in 2016 nixed most of his August and September that year. Subsequently, two full seasons righted the ship, but the issue reared its ugly head in the worst possible way last season and Stanton was already set to miss time in 2020 before the shutdown.

There’s only so much of this that’s within the team’s control. But for a player like Stanton with a considerable history of lower leg injuries, one solution seems to jump off the page: Stanton plays in the American League now, meaning he doesn’t have to play in the field. This isn’t a novel idea, and it’s a strategy the team deployed for long stretches of 2018: Stanton started just 72 games in left or right field, playing the other 76 as the designated hitter.

Particularly since their hobbled players have more time to rehab and recover than anticipated, outfield depth is a strength of the Yankees at this moment in time. Brett Gardner and Aaron Judge appear set to anchor the outfield rotation as they did for the majority of 2019, with Mike Tauchman in a strong supporting role as long as he continues to swing the bat well. Aaron Hicks was set for a midseason return before the shutdown and now could well play the entire year. Clint Frazier needs major league playing time at this point in his career. Miguel Andújar spent most of the abridged spring training taking reps in left field and looked competent – a few games a week of adequate, even if not spectacular, outfield play would fast-track his return to relevance after a lost season. There’s really no reason for Stanton to spend much time on the field, with plenty of other options allowing him to focus on what he does best, which is crushing mammoth dingers.

The argument for Stanton to continue playing games in the outfield is simple: he’s actually a pretty good fielder! While no one would mistake him for Kevin Kiermaier, the various defensive metrics grade him between slightly and handily above average. Statcast’s Outs Above Average (OAA), which calculates the “impressiveness” of a fielder’s plays based on distance covered and time needed to cover it, placed him in the top third of all qualifying outfielders in 2018. The somewhat more rudimentary Ultimate Zone Rating, which uses batted-ball data to determine the likelihood of a catch, is even more bullish on Stanton: of the 90 outfielders who played at least 600 innings that year, he ranked second in UZR per 150 games played, trailing only Mookie Betts. He recorded six outfield assists, if you’re more of a traditional stat person. And the old-fashioned eye test did the trick at times, too.

So, are the Yankees better off hedging their bets to protect Stanton’s bat? Or should they put out their strongest team on both sides of the ball – a team that probably includes Stanton in a corner outfield spot? The metrics, while fickle in general, are unanimous in their support of Judge, who is one of the ten best players in the game. Tauchman had a fine defensive season last year but we can expect a decline offensively. Those are the only two players I’m comfortable stating are better than Stanton in the outfield. Gardner and Hicks are both solidly at Stanton’s level, but the former won’t approach Stanton’s offensive output and the latter comes with many of the same injury concerns anyway. Frazier is a defensive project, and Andújar can’t be expected to provide anything other than a warm body out there, as he’s never played outfield in a counting game in his career.

The right move may be no move at all. In 2018, the Yankees were able to balance Stanton’s health concerns with his outfield proficiency, essentially splitting his time between defense and DH. They’d do well to replicate that approach whenever the 2020 season gets underway. The flexibility of depth allows them to offer him DH days as often as necessary, but if Andújar flops, Tauchman regresses, or Hicks suffers a setback, Stanton should be deployed in a role where he has a track record of success. Explicitly consigning him to full-time DH does not make sense at this juncture.

I hope to see a full, healthy season from Stanton with considerable time in the outfield. While the injury worries persist, the shutdown at least provides the silver lining of more preparation and rehab. This take will look truly short-sighted if Stanton strains his calf or hamstring making a running play out in left this year. And to clarify, I do think we will see baseball in 2020 – though not until far too much time has passed for any fan’s liking. With any luck, I’ll be wrong about that, too.