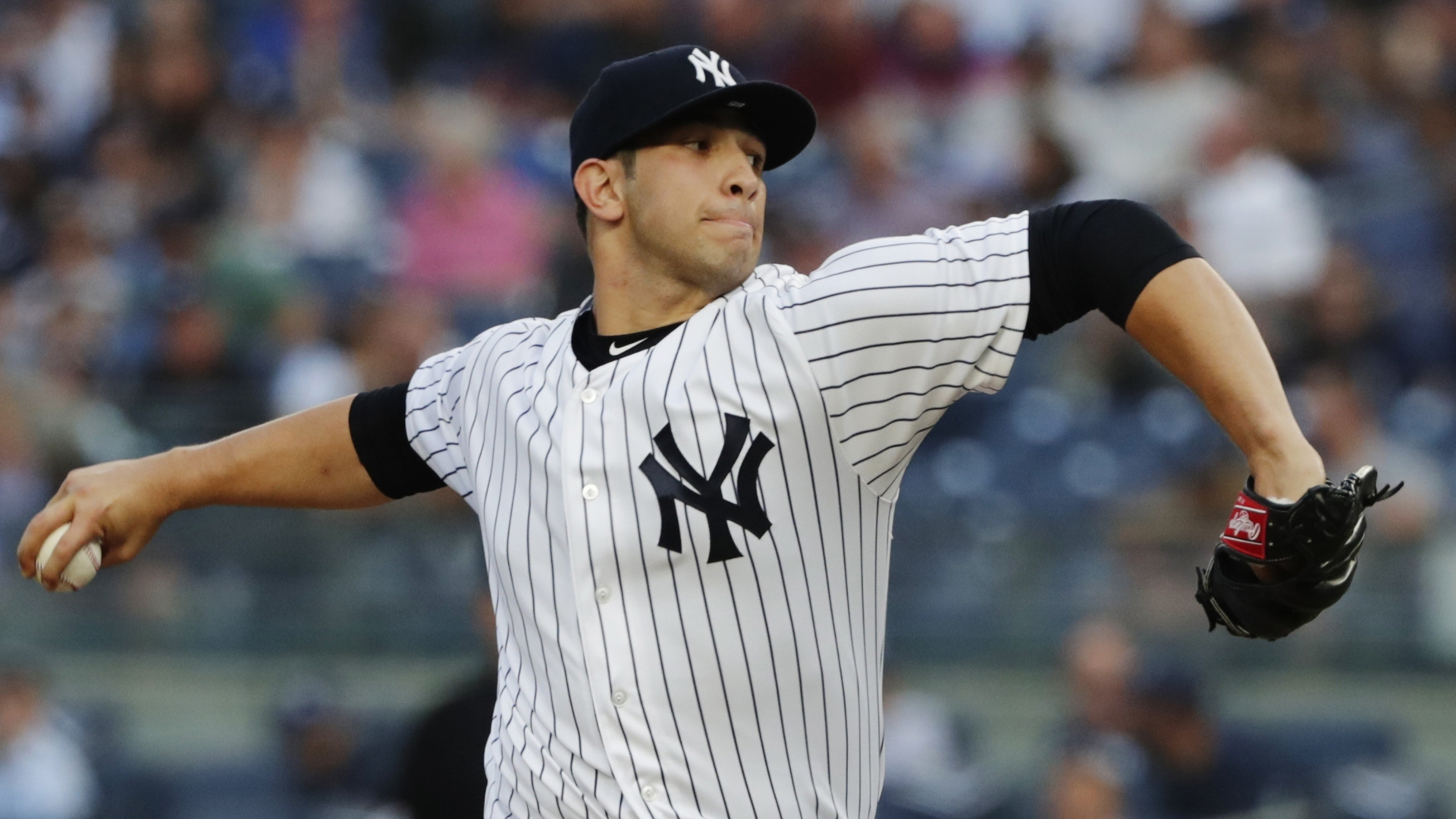 Let’s play a little guessing game to kill some time during this COVID-ruined weekend, shall we? Name this Yankees reliever based on his 2019 Statcast percentile chart.

Looks pretty good. That whiff percentage is positively Ottavino-esque. K rate is a little low, so maybe Zack Britton? Wrong. You’re looking at Luis Cessa. The maddeningly inconsistent 28-year-old from Mexico is one of those players that Yankee fans love to hate. And in some ways, the reputation is deserved. Cessa has never been someone who provides even the illusion of comfort when he’s called upon in a close game. But with an army of relievers on the shelf at the moment, it’s time for Aaron Boone to add Cessa to the circle of trust. Just hear me out before you close your tab in disgust.

I’ve always been a fan of Cessa, because he sported a legitimate four-pitch mix when he first broke into the big leagues. High-velocity fastball, slider, curve, and changeup. He flashed great stuff at times and was a thrill to watch purely because of the variety. Of course, none of the pitches were particularly good, and the results weren’t either: a 4.35 ERA and, in just 70 innings, sixteen homers. His journey towards competency in the four years since has been an interesting one. Cessa has transitioned from a traditional, fastball-centric approach to one that better suits his strengths. His four-seamer, after all, is not effective (batting average against was higher than .300 in 2017, 2018, and 2019). But his slider has always generated whiffs, and he’s elected to go to it more as his career has progressed. Usage rates since 2016: 22.7, 30, 42.3, and finally nearly 50 percent last year.

Even as he’s grown into himself and started to rely on his best offering, the results haven’t exactly followed – at least as far as run suppression is concerned. Cessa finished last year with a less-than-elite 4.11 ERA and 4.87 FIP. Though his slider was an excellent pitch overall, he had a tendency to hang them every now and again, surrendering nine home runs. But it’s hard to ignore those expected numbers. The metrics generally liked Cessa a lot in 2019.

We should all get on board as well. Tommy Kahnle is not walking through that door. Britton could be out awhile, Luis Avilán recently ended up on the IL as well, David Hale was just shipped out of town, and Jonathan Holder hasn’t been able to get anyone out. With James Paxton down, Mike King and Nick Nelson, along with Jonathan Loáisiga, may be needed for spot starts or as openers. The Yankees will need a reliable bridge to Green, Ottavino, and Chapman, and while they’re likely to hit the open market between now and the end of the month to help, they’d do well to give Cessa a long look in a high-leverage role until then. If he flounders, well, more than half the league is making the playoffs. But if his results finally line up with what Statcast expects, he could quickly redeem himself in the eyes of some of Twitter’s toughest critics. With the staff as pockmarked with pain as it is at the moment, there couldn’t be a better time for Cessa’s long-awaited breakout.