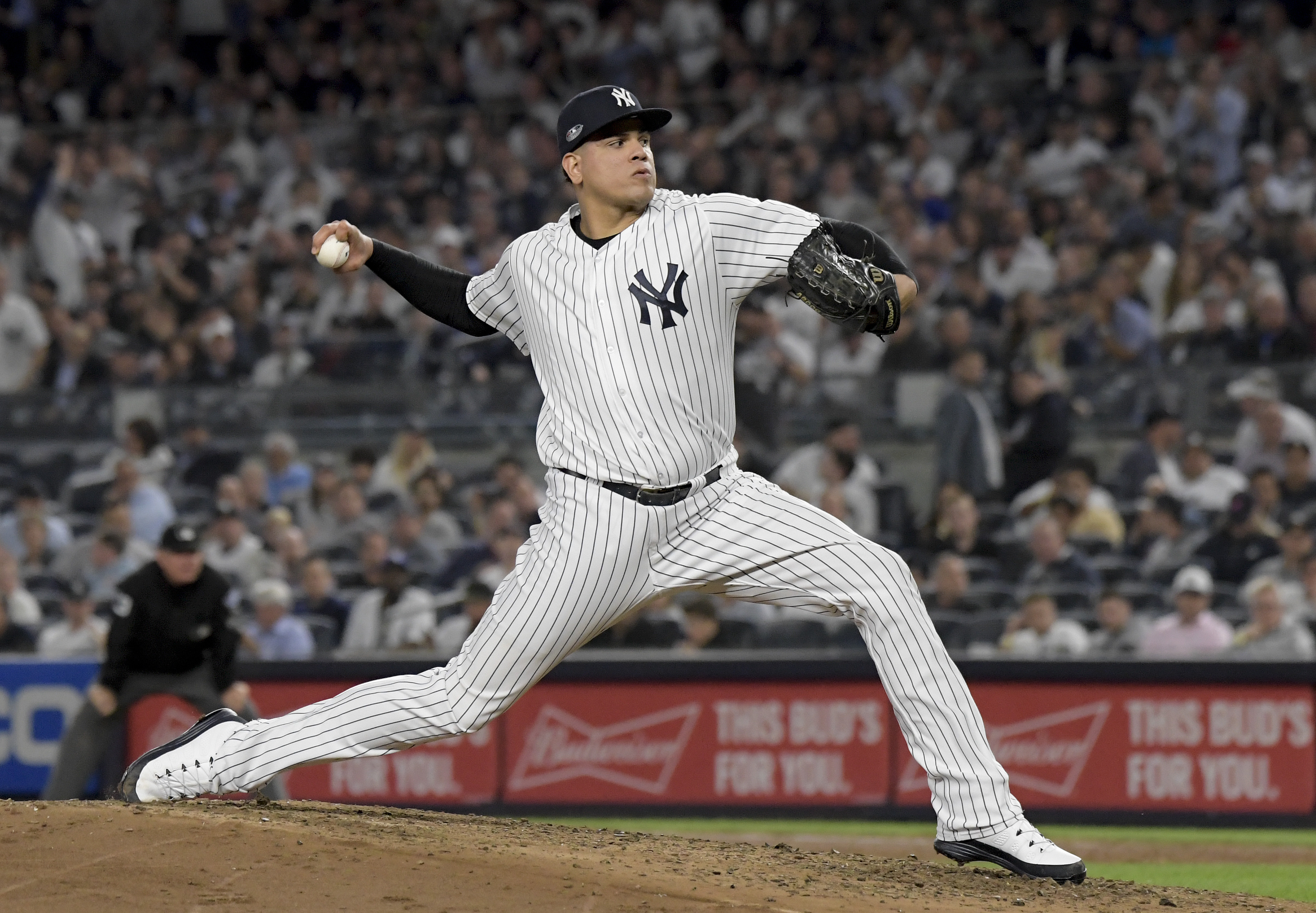 There aren’t too many relievers among the top 50 pitchers in career WAR across the history of the Yankees. The reason is fairly simple: relief pitching is a highly volatile profession by nature, and bullpen arms tend to experience wild fluctuations in performance level from season to season. It’s much rarer for relievers to sustain excellence over many years than starters, so when a reliever finds his way onto a career WAR leaderboard, especially for a franchise with such an illustrious history, it’s a testament to his remarkable success.

By my count, it’s six of the 50. The first three are unsurprising entries: Mariano Rivera, Goose Gossage, and Sparky Lyle. Number four is Johnny Murphy, a three-time All-Star and stalwart of the dynasty years of the 30s and 40s, who pitched one season as a starter before joining the bullpen. Number five is Houdini himself, the Leverage King, Dave Robertson. I’m not including Dave Righetti and Ramiro Mendoza, both of whom made tremendous impacts as Yankee relievers, because they accumulated WAR as starters for multiple full seasons as well.

Number six is Dellin Betances. When we talk about the homegrown core that’s fueled playoff contention the last two seasons, we don’t always mention Dellin, even though he’s been in the organization longer than anyone not named Brett Gardner. We don’t often bring up his four straight worthy All-Star selections and his straight snub last year when he was in the running for a fifth. There’s a legitimate case to be made that Betances has been the most consistently successful Yankee across the last half-decade. I’ll make that case, and it will become clear fairly quickly that it’s not very outlandish. But here’s a claim that’s perhaps more debatable: Betances is the single most important Yankee in the quest to secure a championship this season. He’s not a key to bringing home the Commissioner’s Trophy. He’s the key.

Appearing on the WAR leaderboard of the New York Yankees, they of the 117 seasons and 27 World Series titles, is impressive. But it doesn’t allow us to truly appreciate how great Betances has been for such a long period of time. Between 2014 and 2018, only two relievers in the game that appeared in all of those seasons had higher strikeout percentages than Betances’ mark of 40.3 percent: Aroldis Chapman at 42.2 percent, and Craig Kimbrel at 40.5 percent. (Also appearing in the top 15 of that list: Andrew Miller and Robertson. Isn’t being a Yankee fan great?) Betances also posted the fourth-best FIP over that timespan, behind Chapman, Miller, and Kenley Jansen, and the second-highest rate of soft contact, behind only Zack Britton. In each of his four full seasons for which Statcast data is available, Betances posted an average fastball velocity, strikeout percentage, expected batting average, expected slugging percentage, and expected wOBA in the 91st percentile or higher. His K rate percentiles for each year, respectively: 99th, 100th, 99th, 99th. Not a misprint, I promise. Betances produced more WAR during his five years of dominance than any Yankee pitcher except Masahiro Tanaka and Luis Severino, and more than double the number of the next-closest reliever, Adam Warren.

This isn’t to suggest that Betances hasn’t dealt with his share of issues. We all remember the disastrous stretch run in 2017 during which he completely lost the plate, walked what felt like every other hitter (fueling a career-high 16.9 percent BB rate), and was scarcely used in the postseason, passed over for Robertson, Chad Green, and Tommy Kahnle. But Betances roared back last year, cut that eyesore walk rate in half, and posted the highest K rate of his career. In 2019, a contract year, I expected Betances to replicate those results and solidify a role as one of the key limbs of a newly revamped back-of-the-bullpen behemoth.

You can imagine the fear and dread that cooled a humid Tampa night way back in March as I watched Betances struggle to hit 92 on the radar gun. What was initially explained away as early-spring rust ended up being so much more, and the subsequent setbacks as he’s rehabbed a serious lat strain have cost him the entire year. The bullpen has fared well in spite of his absence, thankfully, but the baseball season is long. Key contributors Chapman, Britton, Kahnle, and Adam Ottavino are all on pace to eclipse career highs for appearances and innings pitched. Brian Cashman has mined the waiver scrap heap for hidden gems (Cory Gearrin?) and faded glory (Trevor Rosenthal), but no late-August addition can shine the shoes of the best Yankee of the 2010s.

The bulk of the talk around the trade deadline, and really the entire conversation since mid July, has centered on the question of whether or not the Yankees have enough rotation depth to challenge the game’s best. It’s a fair question, to be sure, but the last few weeks have begun to provide a positive answer. A real winner of a tweet from Katie Sharp:

James Paxton and Tanaka have pitched better of late, and Domingo Germán continues his career season. But as the stretch run bears down, and the four key relief arms log more innings and suffer wear and tear like they’ve never experienced, dents may begin to appear in the steel armor around Mike Harkey’s bullpen. Assuming Betances suffers no more setbacks, the Yankees will be able to call one of the best pitchers in franchise history to the rescue. That’s an amazing luxury, and it just might mean the difference between a World Series title and a second straight early postseason exit.