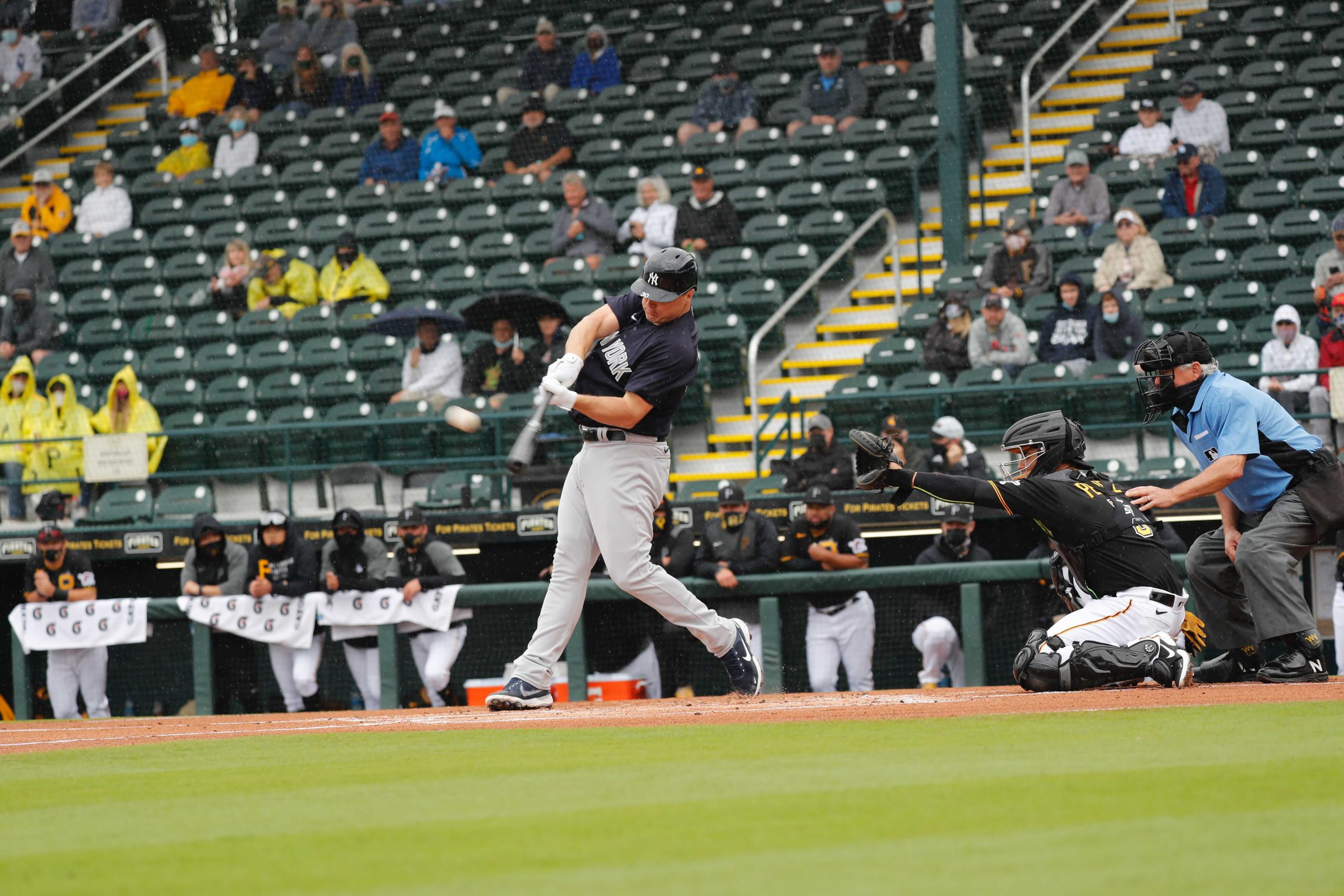 After 14 seasons in the game, Yankees first baseman Jay Bruce has announced his retirement from professional baseball.

Bruce released the following statement on Sunday, as first shared by Ken Rosenthal of MLB on FOX:

“After 14 incredible seasons, I’ve decided to make the very difficult decision to retire from baseball. All I ever wanted to be ‘when I grew up’ was a baseball player, and to say that I got to live out my dream would be the understatement of a lifetime. This sport gave me more than I could’ve ever asked for.

What I’ll cherish the most are the people. The relationships I’ve formed throughout the years go far beyond the clubhouse. Thank you to all my teammates, coaches, trainers, clubhouse staffs, fans and countless others who were involved in helping make me into the player and man I am today. To the Cincinnati Reds, thank you for believing in an 18-year old from Beaumont, TX. You allowed me to pursue my lifelong dream, and for that I’m forever thankful. I’d also like to thank the franchises who let me be a part of their families, the New York Mets, Cleveland Indians, Seattle Mariners, Philadelphia Phillies, and last, but certainly not least, the New York Yankees.

Every stop I made throughout these 14 seasons were special, and my family and I are so appreciative of all the help and hospitality along the way. I’ve always loved baseball and will be a fan for life.

Bruce spoke with the media on Sunday as well.

He said he made the decision Friday after toying with the idea over the last week, stating that over thirteen years of playing and having a standard set for himself, this season he felt like he couldn’t perform at the level he expects of himself. He stated he felt after the 2020 season that his time as a big leaguer was going to be limited, but he didn’t feel right at that moment like it was the time, but after not being able to perform the way he wanted to so far this season, he felt like the time was right to make the difficult decision.

“It’s tough, but I feel at peace with it and I feel so great about the game. I love the game of baseball,” said Bruce. “I hope that I leave it better than I found it… Ultimately I’m proud of what has happened, what I’ve accomplished.”

When asked what his favorite memory would be, Bruce said his walk off home run in Cincinnati in 2010 to clinch the division.

“My sentiment doesn’t change about the Yankees,” stated Bruce. He spoke highly of his teammates and reiterated his appreciation of having the opportunity to play with the Yankees and be a part of the organization. Bruce stated that he played a little first base before coming to the Yankees, but that this was a newer position to him. He thanked the coaches working with him and giving him an opportunity and working him through what it took to be a true first baseman.

Bruce only spent a couple months with the organization, but he stated that he is thankful and appreciative for his time in pinstripes.

“Anyone who’s ever played baseball or wanted to be a baseball player, whether they actually or actively think it or not, they want to play with the Yankees. It’s obviously the most storied franchise in the history of the game and I don’t take for granted one second having the opportunity to put the pinstripes on… I appreciate the Yankees.”

Bruce batted just .118 in his first month with the Yankees and had an OPS of .466. He had one home run and three RBI’s.

Bruce leaves the game feeling confident and knowing this is the best and right decision for him and his family at this time.

Congratulations to Jay Bruce and best of luck in your retirement.