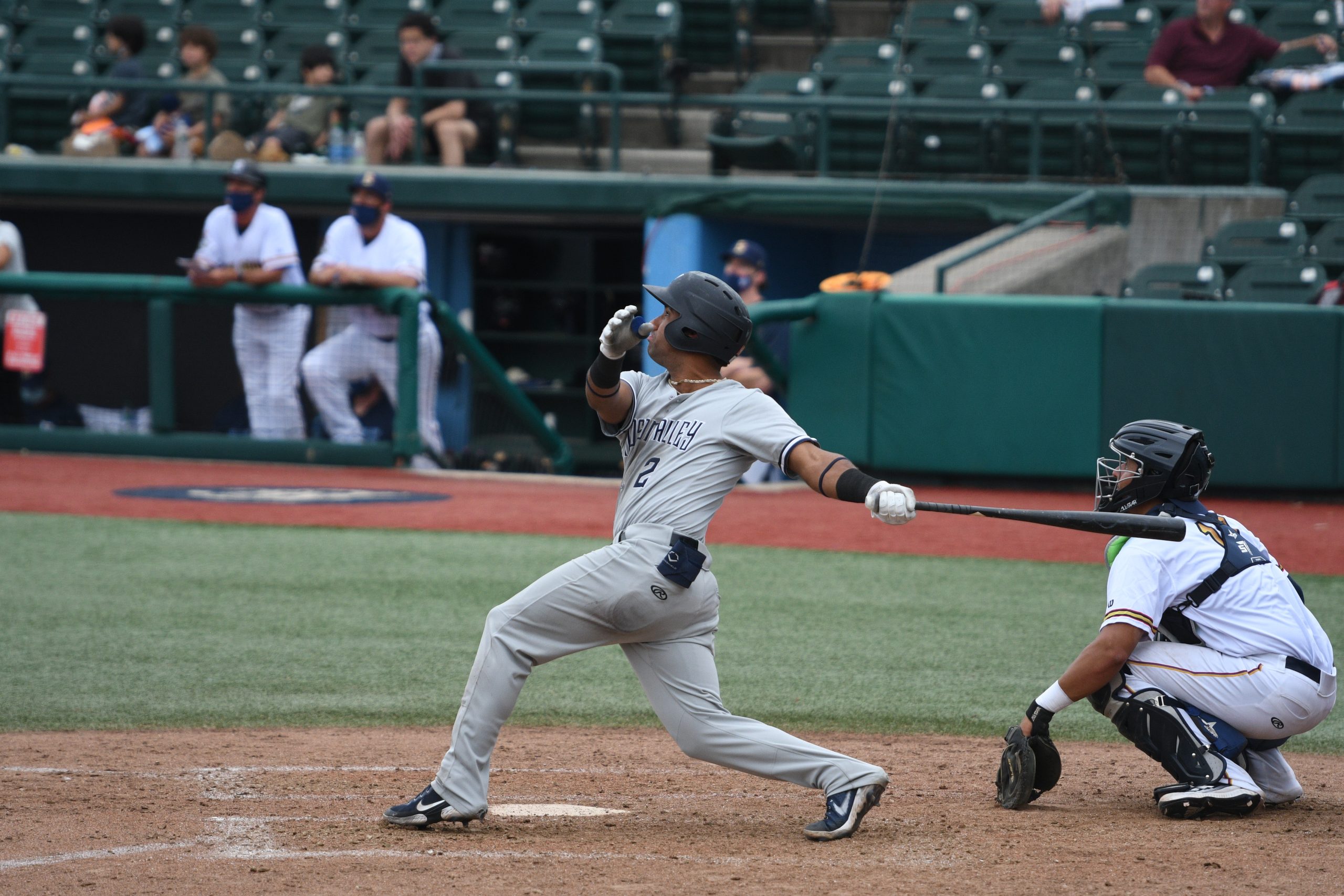 When it was first reported that the New York Yankees were going to acquire Texas Rangers outfielder Joey Gallo along with left-handed pitcher Joely Rodriguez in a trade Wednesday night, some wondered what the return was going to be for Texas. As more reports started coming in, it turned out the Rangers were going to get a good crop of prospects back.

The question would be why would the Yankees give up so many prospects to get a player that is only under team control for 1.5 years? Well, for one, the Yankees desperately need help in the outfield and Gallo brings good defense as well as a power bat to the table. He is most likely not the difference maker to turning the team around, but he can definitely help.

Now, if you look at the reported return that goes to Texas, that will be infielders Ezequiel Duran, Trevor Hauver, and Josh Smith as well as right-handed pitcher Glenn Otto. Jack Curry from the YES Network was the first to report it was those four names going to Texas:

The Joey Gallo trade is inching forward. The Yankees would get Gallo and LHR Joely Rodriguez from Texas for 4 minor leaguers: RHP Glenn Otto, 2B Ezekiel Duran, SS Josh Smith and 2B/OF Trevor Hauver. Neither team has announced it officially yet.

One of the positions that the Yankees had a logjam at in the farm system is in the middle infield. Logjams are unavoidable when it comes to minor league baseball because you try to get the best talent possible. However, you want to allow players to have the opportunity to not be blocked if their merit earns them the opportunity to move up the system.

Unfortunately, the Yankees can’t keep every prospect in their system. Guys like Duran and Otto are Rule-5 eligible going into the December draft and if they were not going to be on the 40-man roster, they would most likely be claimed by another team.

The Yankees were able to make this kind of deal by trading the depth they had in the middle infield and with their young pitching without having to give up the likes of Anthony Volpe, Oswald Peraza, Deivi Garcia, Luis Gil, or Luis Medina. That is no easy feat for general manager Brian Cashman to pull off.

Cashman might have found the perfect trade partner to make this kind of a deal happen. If you go back to earlier in the year, the Rangers did acquire outfielder Antonio Cabello from New York in the Roughned Odor deal.

GM Chris Young and President of Baseball Operations, Jon Daniels, have looked at this Yankees system and were able to identify players that could be of big help to their upper levels or major league depth as they continue their rebuild. In a way, you can say Texas created their own logjam unless they give Hauver (3rd Round pick in 2020) an opportunity to play some outfield to get some at-bats.

As you look at the Yankees depth in the middle infield going forward, they did draft Trey Sweeney in Round 1 this year, so there are now more spots open for him going forward as he either plays in the FCL or maybe in Low-A Tampa at the end of the year or Alexander Vargas (currently in the FCL).

Meanwhile, at the upper levels, Volpe is currently at High-A Hudson Valley and Peraza is at Double-A Somerset. Now, as Peraza moves up in the future, Volpe can move up as well. The question will be who plays second base at Hudson Valley going forward, but that could mean more playing time for someone like Oliver Dunn, the 11th Round pick back in 2019.

On the mound, Otto was able to get a couple of starts at the Triple-A level, but trading him does open a spot in Scranton Wilkes-Barre for somebody like Janson Junk. Junk has been pitching well at Double-A Somerset and has earned a chance to be in Triple-A. Another name that could benefit is Luis Medina down the road towards the end of the season.

Whenever a good trade is made, it is going to sting. With that being said, a lot of credit should go to the Yankees and their player development team. They were able to develop these players to where they could make this kind of a deal and still be able to keep their top prospects. With the four major affiliates all having great seasons, their depth at key positions has had to stand out to other organizations.

The Yankees system has come a long way with getting depth at the lower levels to make trades like this that can help the big-league club win and give more opportunities to players to advance up the farm system. As for the four that were traded, they now get a chance to have a clearer path to get to the show.