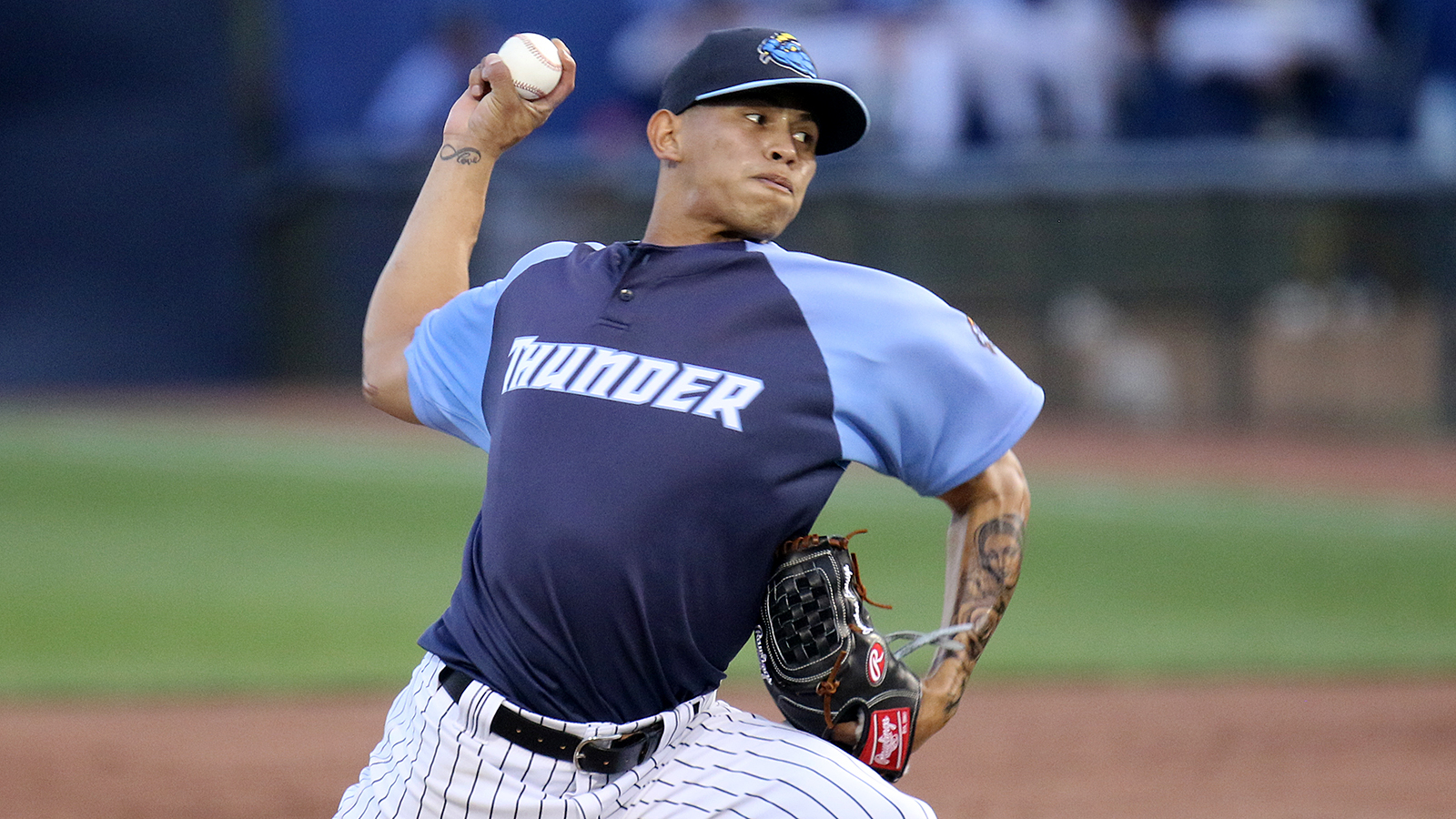 TRENTON – As the Yankees scavenge the league for pitching ahead of Wednesday’s 4 P.M. trade deadline, the organization is not far off from potentially addingright handers Jonathan Loaisiga and Michael King to their stretch run equation.

Both Loaisiga and King pitched for Trenton in a shortened seven inning affair against Altoona at ARM & HAMMER Park on Tuesday night as both work their way back from injury. Loaisiga started for the Thunder and tossed two scoreless frames in his first live game action since landing on the IL on May 13 with a right shoulder strain.

The 24-year old product of Nicaragua fanned three batters (all swinging) and allowed just one hit and hit one batter in his two inning, 24 pitch performance. His heater sat between 95-97 MPH and he also flashed good command of his curveball and change-up during the outing.

“I knew that I only had two innings or 35 pitches,” said Loaisiga through translator Raul Dominguez. “I feel really, really good and that is more important. I just want to be healthy because when I stay healthy I can pitch wherever they want.”

After two completely lost seasons and seven IL stints in his career, including a Tommy John surgery, Loaisiga says that he has adjusted his training regimen in order to try and stay on the field for prolonged stretches. 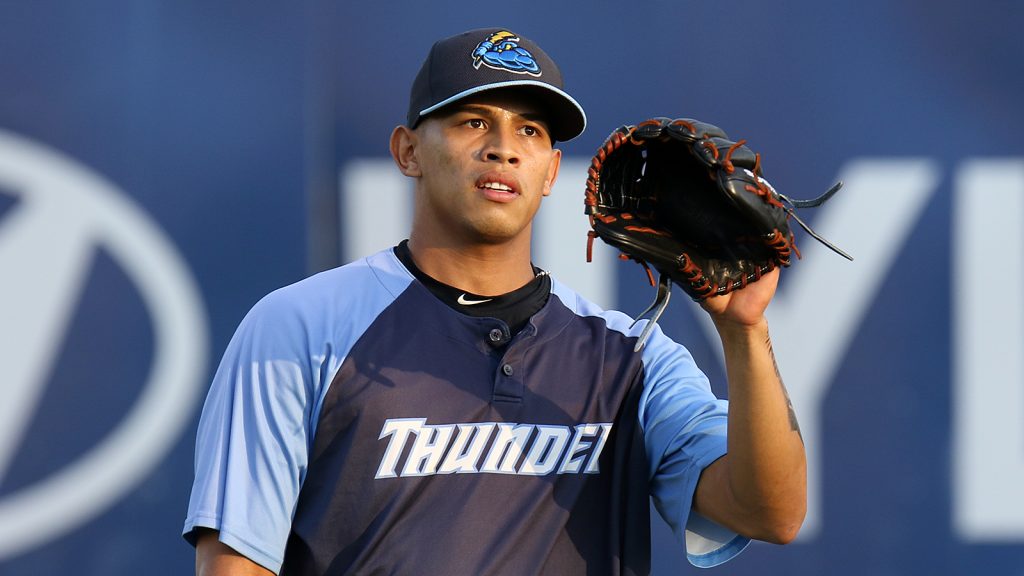 “When I was in New York i worked with my trainer over there and they changed my routine and so far I feel really good and I am going to keep doing it.”

“I have been doing a lot of exercises with my shoulder,” added Loaisiga. “I have also been doing weight training and work on my lower half and that has been helping a lot.”

Yankees manager Aaron Boone has stated publicly that Loaisiga will be an option out of the big league bullpen once he is ready to return.

Loaisiga said that he expects to make his next outing for Triple-A Scranton.

The 24-year old King was a revelation in 2018 after going 11-5 with a 1.79 ERA in 25 starts spanning three levels (Tampa, Trenton, Scranton). The Yankees recognized King as their minor league pitcher of the year and had hopes that he would be able to contribute in the Bronx this season before elbow discomfort in the early going of spring training forced him to open the season on the shelf.

After missing the first three months of the 2019 campaign, King began a rehab assignment on July 3 and had allowed seven hits and three earned runs while fanning eight batters over 9 2/3 innings spanning four appearances between the GCL and Staten Island since. 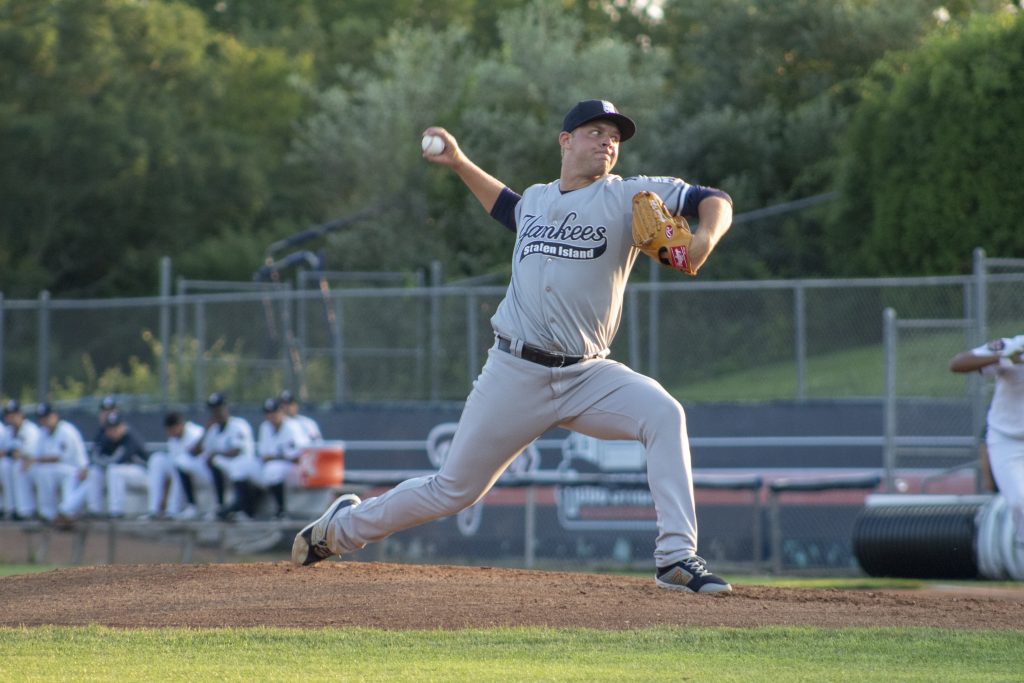 King tossed a season-high 63 pitches and completed four innings for his second straight appearance as he continues to build up for a return to Triple-A. He allowed four hits and three runs (two earned) while striking out three.

“Everything feels really good right now,” admitted King. “Health-wise everything is great right now; there is a little timing in my mechanics that I don’t feel as comfortable with yet.”

After missing such a large chunk of his season, King is essentially using this stretch of time almost as a spring training period to feel things out and get comfortable executing all of his arsenal.

“It is a little bit tougher right now because I am facing guys in mid-season form,” said King. “I kind of like it because I cannot get away with my misses, so it kind of gets me going faster to get back on track.”

Thunder manager Pat Osborn said that King would remain with Trenton for the foreseeable future and offered the possibility that he could remain with the team for the rest of the season.