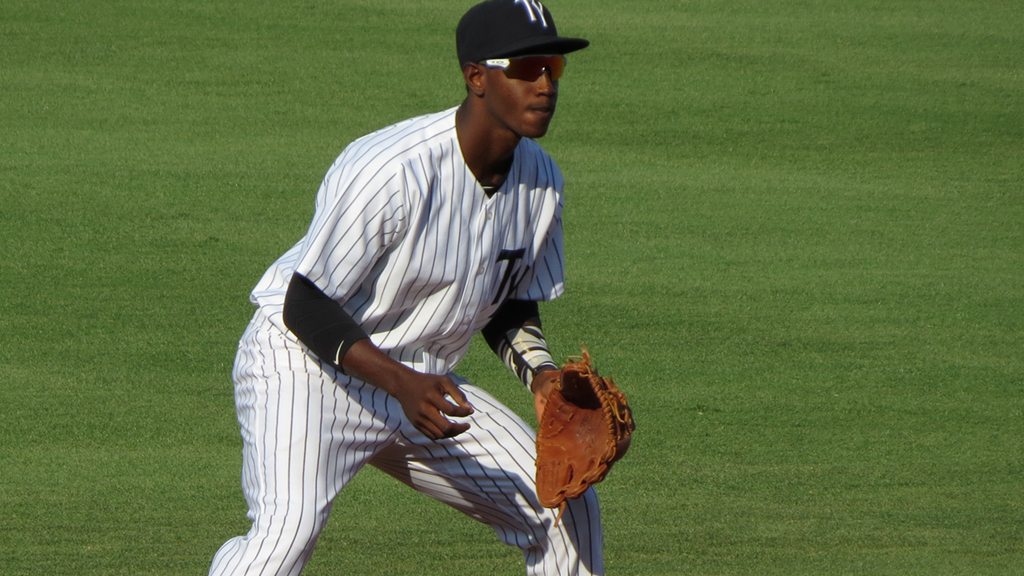 The Tampa Yankees stand alone at the top of the Florida State League with the best record of 34-19. It comes as no surprise that the T-Yanks now have three players selected to play in the FSL’s All-Star Game, June 18th. Jorge Mateo, Miguel Andujar, and Mark Payton were selected from the Yankees for the FSL All-Star Game. Of course Mark Payton won’t be playing as he was called up to the Trenton Thunder, and should Andujar or Mateo be called up the same will be for them.

Jorge Mateo headlines the list as the New York Yankees’ top prospect and the Tampa Yankees’ unstoppable force this season. As of right now (before tonight’s game) he’s hitting .296 with five home runs, eight triples, and five doubles. Though he has slowed down a bit during the Yankees’ last road trip he is still showing his potential as a future star in the Bronx. Along with his bat, Mateo has no errors since moving to second base and is proving the organization right for wanting to move him through the farm system faster. There’s no telling how much longer Mateo will be in Tampa, but if he’s still here for the ASG, I’m sure many will be eager to see what he can do.

As for Miguel Andujar, his success has seemingly been unnoticed by some with Mateo, along with Billy Fleming and Mark Payton before they were called up. Andujar has been taking advantage of having players like Mateo, Fleming, and Abiatal Avelino above him in the lineup and leads the Florida State League with 37 RBIs. He also has nine homers and eight doubles to go with his .277 average. The Yankees’ top-15 prospect started the season shaky but has played much better at third. He sits with six errors on the season, but continues to have more confidence in the field compared to his 26 errors last season. Andujar could be close to a call-up to Trenton as well as the Yankees don’t necessarily have much to offer throughout their system at third. Mark Payton was also elected to play in the ASG, but as stated before he is already in Trenton and playing very well so far. Between the two levels Payton is hitting a combined .303, with 22 RBIs. He spent most of last season in Trenton which is why he received a call-up rather quickly this season to get back to a more fitting level.

Some others could have gotten the call for the ASG as the Yankees’ pitching has been very dominant recently and just seems to be getting better. It isn’t like the top of the order has been the only source of offense either. All in all it’s a good turnout for the T-Yanks as they head into the All-Star Game. Despite who is or isn’t on the team, they hold the best record in the FSL and are currently on a six-game win streak. They head into a four-game series with the Charlotte Stone Crabs where they look to continue their May success into June.