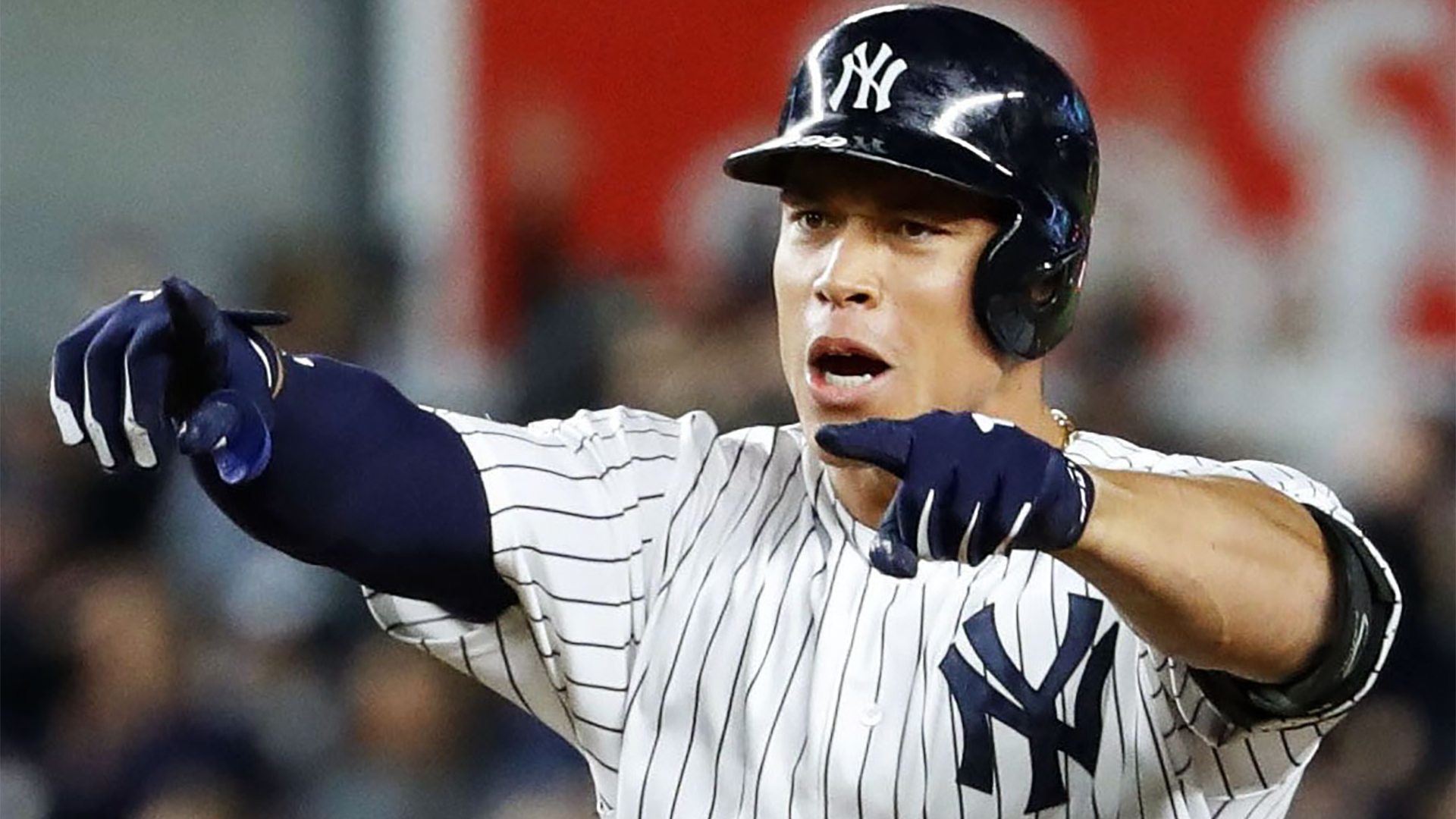 Aaron Judge of the New York Yankees points to his teammates after hitting a game-tying double in the eighth inning of Game 4 of the American League Championship Series on Oct. 17, 2017, at Yankee Stadium. (Kyodo) ==Kyodo

On the heels of unanimously being named the American League Rookie of the Year, New York Yankees outfielder Aaron Judge was named the runner-up in voting for the AL Most Valuable Player Award by the Baseball Writers Association of America (BBWAA)

Judge finished with 279 points, 126 behind the winner Jose Altuve of the Houston Astros.  He received two first-place votes and 27-second place votes.

The last time a Yankees player won the MVP Award came in 2007 when Alex Rodriguez won the award for the third time in his career.  The last Yankees outfielder to win the award was Mickey Mantle, who won his third AL MVP in 1962.

Judge came into spring training 2017 having to compete for his spot with Aaron Hicks, but the towering right fielder excelled hitting .333/.391/.540 in 25 games this spring, winning the starting right field job and starting his first full season in the major leagues.

There was a lot of questions about what will the results be during the season after he hit just .179/.263/.345 in his first 27 games in the majors in 2016, but Judge bounced back better than anyone expected.

Without Aaron Judge doing what he did, the Yankees would not have made it to the postseason.  He was a key part of that lineup, not only winning fans on the field but off the field with his demeanor.