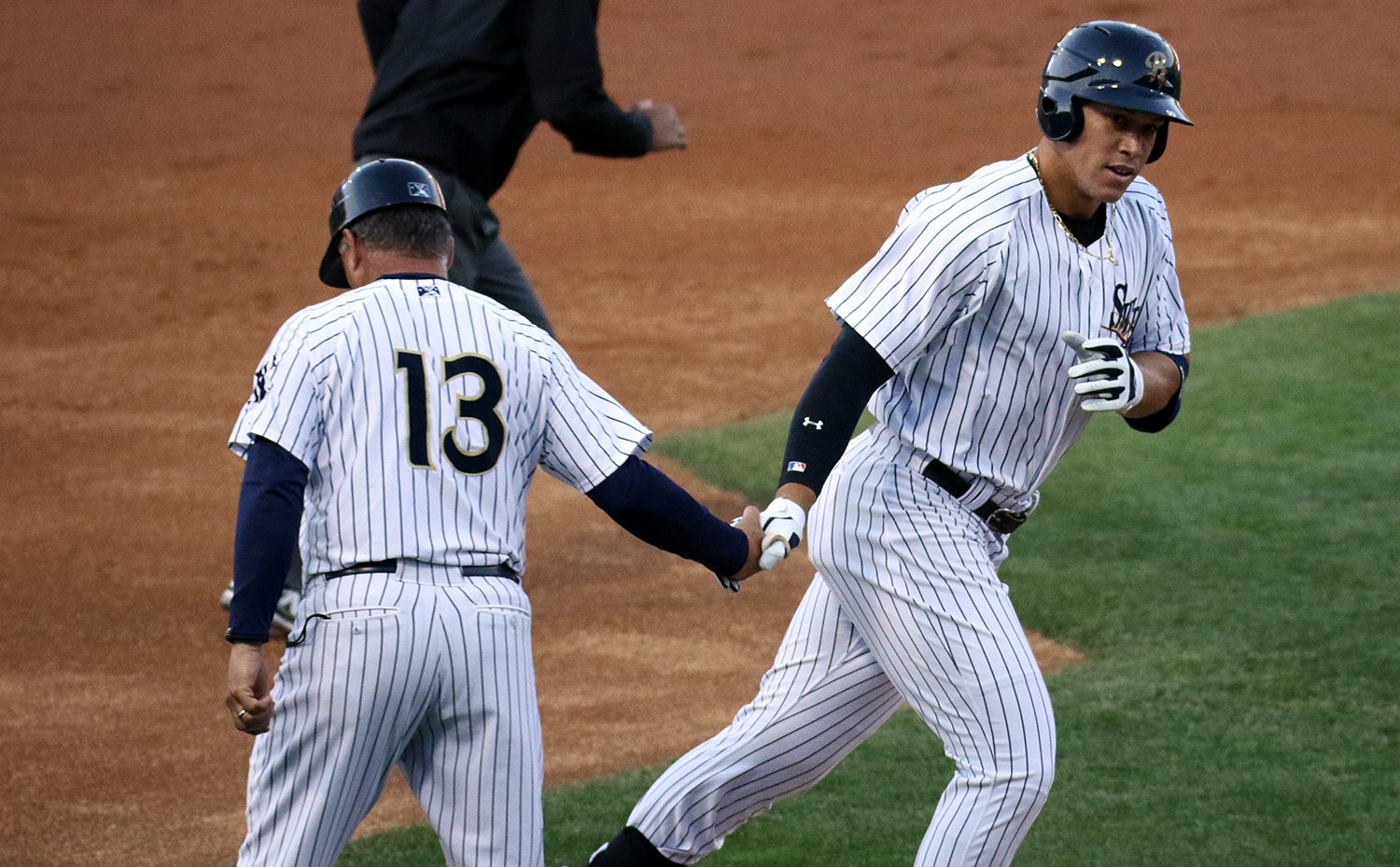 The gaudy SWB offense was in danger of suffering its sixth shutout loss of the season when it entered the ninth down, 7-0.  But Nick Swisher sparked the rally with a single before Judge lined a homer over the fence in left-center to get the RailRiders on the board. Two outs later, Donovan Solano homered to left to round out the scoring.

The RailRiders return home for a seven-game homestand starting on the Fourth of July against the Lehigh Valley IronPigs (Philadelphia Phillies). The game includes post-game fireworks presented by the PA Lottery; foam light-up sticks to the first 2,500 fans through the gates thanks to Shur Save Supermarkets; USA-themed jerseys worn by the RailRiders; and Fourth-of-July hats worn by the team that will be auctioned off during the game.