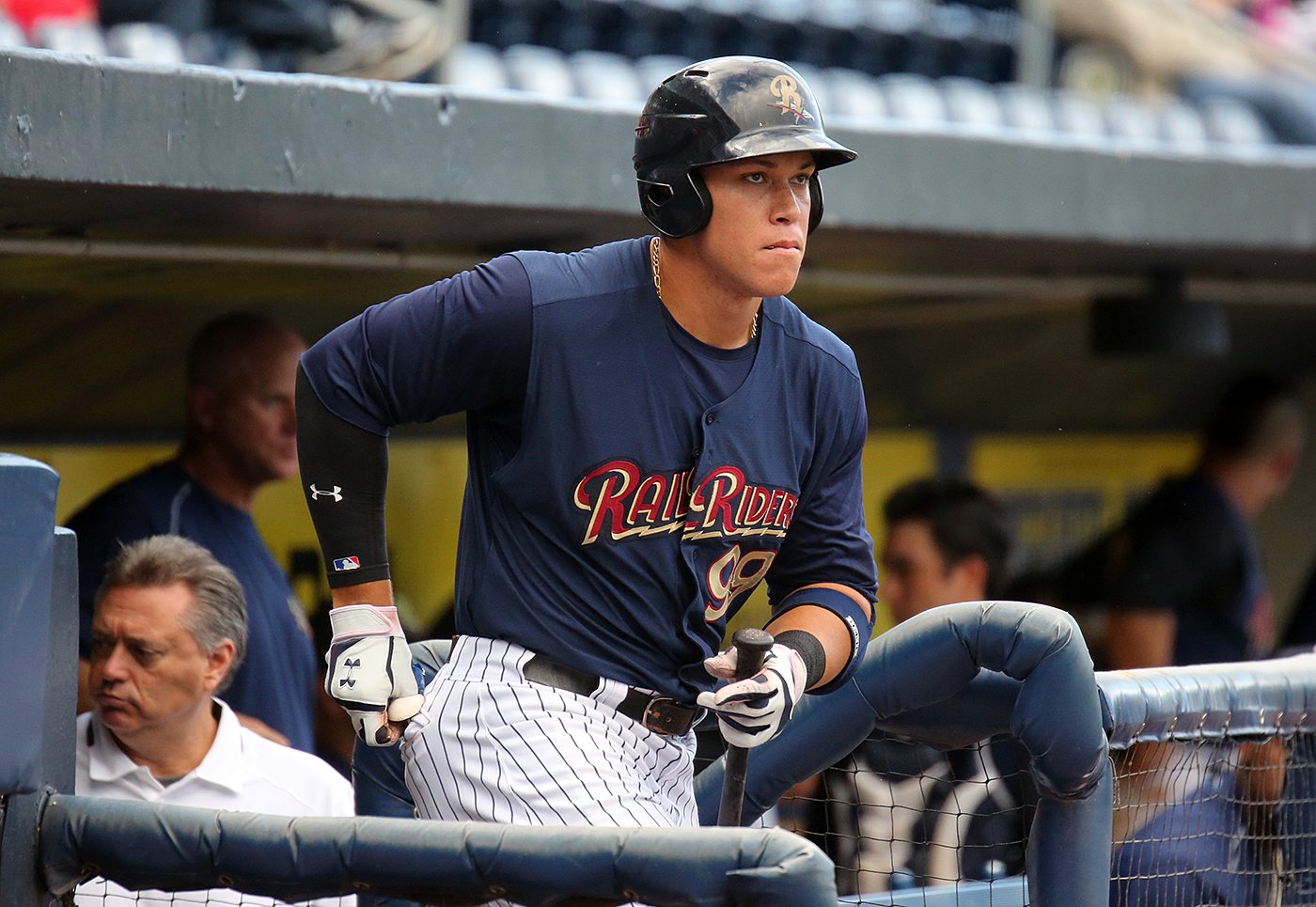 First baseman Chris Parmelee continued his Major League rehab assignment with the RailRiders, launching a long home run out to right in the second inning for a 1-0 lead. It was his eighth with SWB this season.

Jonathan Diaz beat out an infield single to open the sixth and moved to second after Ben Gamel worked a walk. Clint Frazier followed with a sharp single to center that loaded the bases for Aaron Judge.

Ahead in the count 2-1, Judge blasted a long fly to the Family Fun Zone beyond left-center for his first grand slam of the year and a 5-0 RailRiders advantage. The home run was Judge’s 17th of the season and the fourth grand slam by a RailRider in 2016. Judge leads SWB with 60 RBIs.

The Chiefs managed just three runners in scoring position and advanced to third only once. The RailRiders’ franchise-record 19 shutouts pace the Minors.

ABOUT LAST NIGHT: The RailRiders got a boost from Clint Frazier’s first Triple-A home run and rallied past the Syracuse Chiefs, 4-2. Owners of Triple-A’s best record, the RailRiders have won eight straight at home, five in a row against the Chiefs and four consecutive games overall.

HOMEBOYS: SWB had not won eight straight at PNC Field since the 2007 inaugural SWB Yankees claimed 10 consecutive home games from Aug. 5-17. The tail end of the run saw a four-game sweep of Syracuse before an Aug. 18 loss to Rochester in 10 innings, 2-1. Those SWB Yankees went a league-best 84-59.

RED THUNDER: Frazier smashed a two-out, go-ahead solo homer in the fourth inning off of the Nationals’ No. 1 prospect, Lucas Giolito. His first Triple-A tater also made for his 14th overall this season.

DOUBLE TROUBLE: Donovan Solano delivered a franchise-record-tying three doubles and drove in a pair of runs. He tied a mark reached multiple times including June 10 of this season by Tyler Austin at Columbus. Ali Castillo tied the mark with three doubles in the 2015 regular-season finale at Syracuse.

PARM CHARM: In his first game in nearly two months, the rehabbing Chris Parmelee went 1-for-3. He suffered a Grade 2 hamstring strain stretching to receive a toss by shortstop Didi Gregorius against the Angels on June 9. That came the day after his first start as a Yankee when he homered twice and bashed a double against the Angels at Yankee Stadium. In 44 games with the RailRiders he has slashed .253/.343/.442/.784 with eight doubles, seven homers and 21 RBIs.

HERE’S A STORY: Brady Lail (5-3) shook off early trouble to fire a quality start. He limited the Chiefs to two runs on three hits across six innings. He retired 13 of the final 14 Chiefs he faced. He walked two and struck out five. Since he missed a little more than a month on the disabled list, Lail has made four starts going 2-1 with a 3.13 ERA, 1.09 WHIP and .225 batting average against.

OFF THE RAILS: The RailRiders struck out a season-high-tying 15 times…They previously whiffed 15 times at Syracuse on April 23…Kirby Yates tossed a perfect ninth for his fourth save with SWB and his first since July 16…Fifteen different RailRiders have posted a save this season.