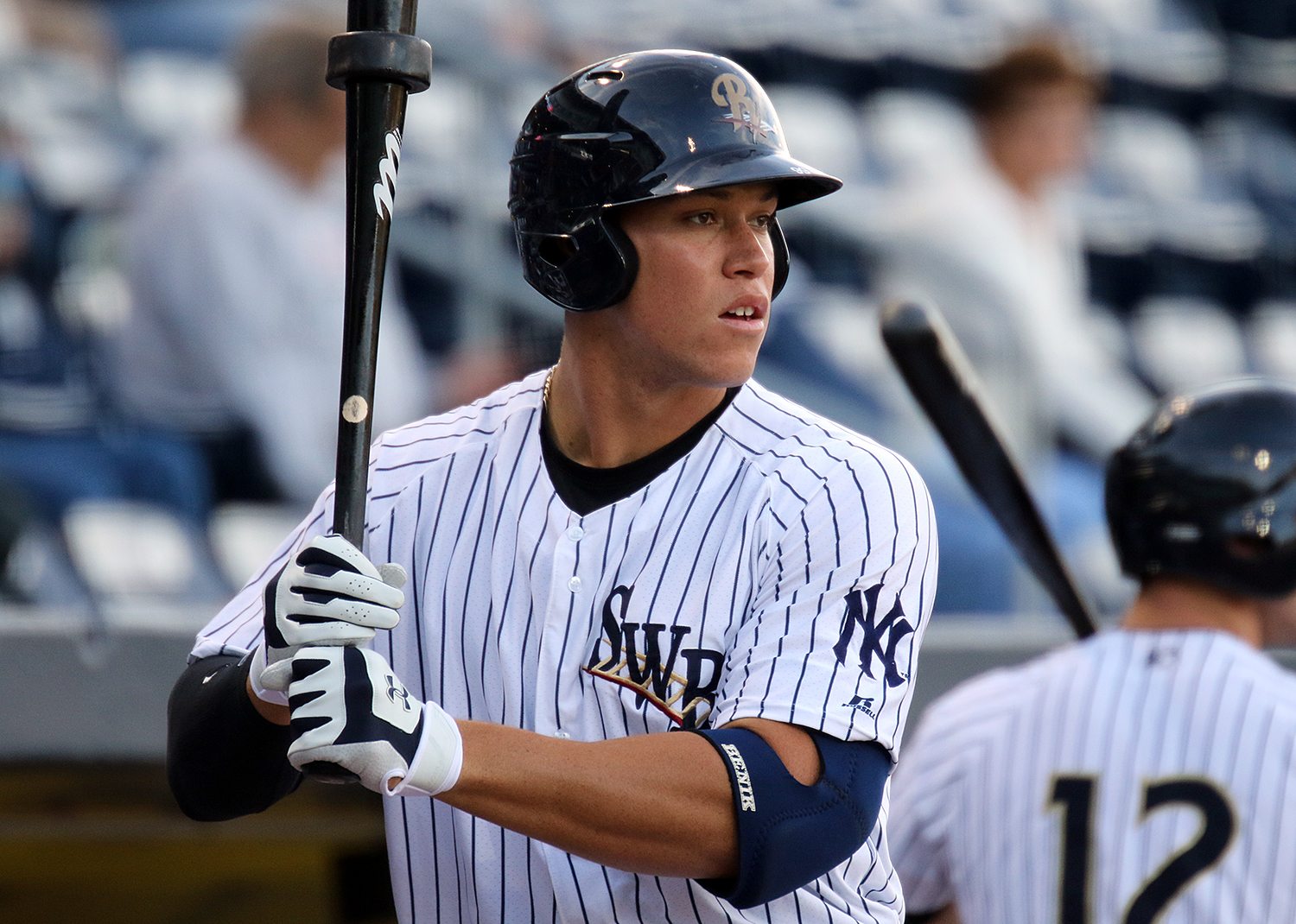 Luis Cessa (2-1) won his second straight start by holding the Mud Hens to a run on five hits over 5.1 innings. He walked two and struck out five. Buck Farmer (0-3) was hit for seven runs, all earned, on eight hits in the loss. Farmer lasted four innings.

Aaron Judge began a career night by rocketing a two-run homer that scored Ben Gamel over the left-field fence in the first inning. He followed with a second line drive, this one over the right field wall, in the third inning for a 3-0 lead. The blast marked his first career multi-homer game.

The RailRiders commanded a 7-0 lead after a four-run fourth. Nick Swisher and Jake Cave set the table with back-to-back walks. Donovan Solano’s second of three hits on the night plated Swisher. Pete Kozma drove in Cave with a lined single and Jonathan Diaz smoked a double to left-center, scoring two more.

Though he finished his rehab outing 0-for-3, New York Yankees’ first baseman Mark Teixeira contributed to the scoring a sacrifice fly in the sixth.

Judge singled in the sixth and eighth innings to finish the night with his second four-hit game of the year. He scored in the eighth on a double by Tyler Austin.

Anthony Gose provided the runs for Toledo. He doubled and scored in the fifth and cracked a solo home run in the seventh.