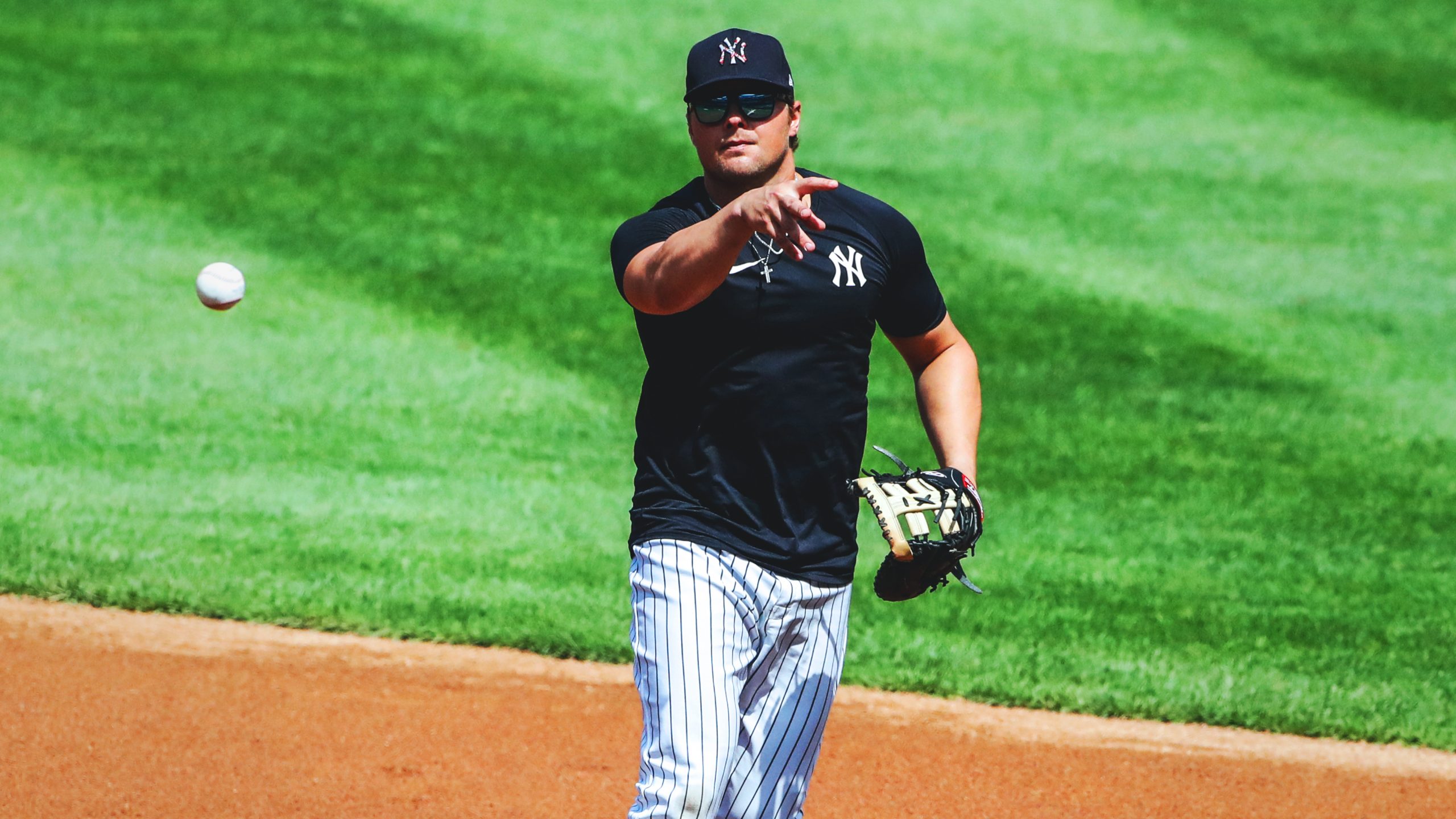 Both Judge and Voit were asked if they can “taste” that opening day is just two days away now and what it feels and means for it to finally be that close.

“We can almost taste it, we’re about to get the appetizer before the main course,” stated an excited Aaron Judge. “It’s been a long road and a long journey to get to opening day; it’s been a crazy year that’s affected a lot of people, a lot of families,” stated Aaron Judge who said he’s excited to get back on the field and playing the game that he loves. “Hopefully we can bring some positivity in this world with a lot of negativity going on,” stated Judge.

Voit echoed what Judge stated in saying he’s “so excited,” and that Thursday can’t come soon enough for him. He spoke on the power of the Yankees lineup, stating that it’s a deadly lineup from top to bottom and that if everyone stays healthy, this is a lineup that at any time, any one player can do some damage.

The Yankees played three exhibition games this week with no fans in attendance. When asked what that experience was like, Judge stated it’s been different and is not the same as a packed out Subway Series at Yankee Stadium or Citi Field, or a packed out Yankee Stadium against the Phillies. However, Judge did state that the outside noise and environment won’t change the level of competition, saying the guys still have a job to do and that he’s still thinking about how last year ended and is motivated to sure an early exit from playoffs does not happen again for the Yankees. 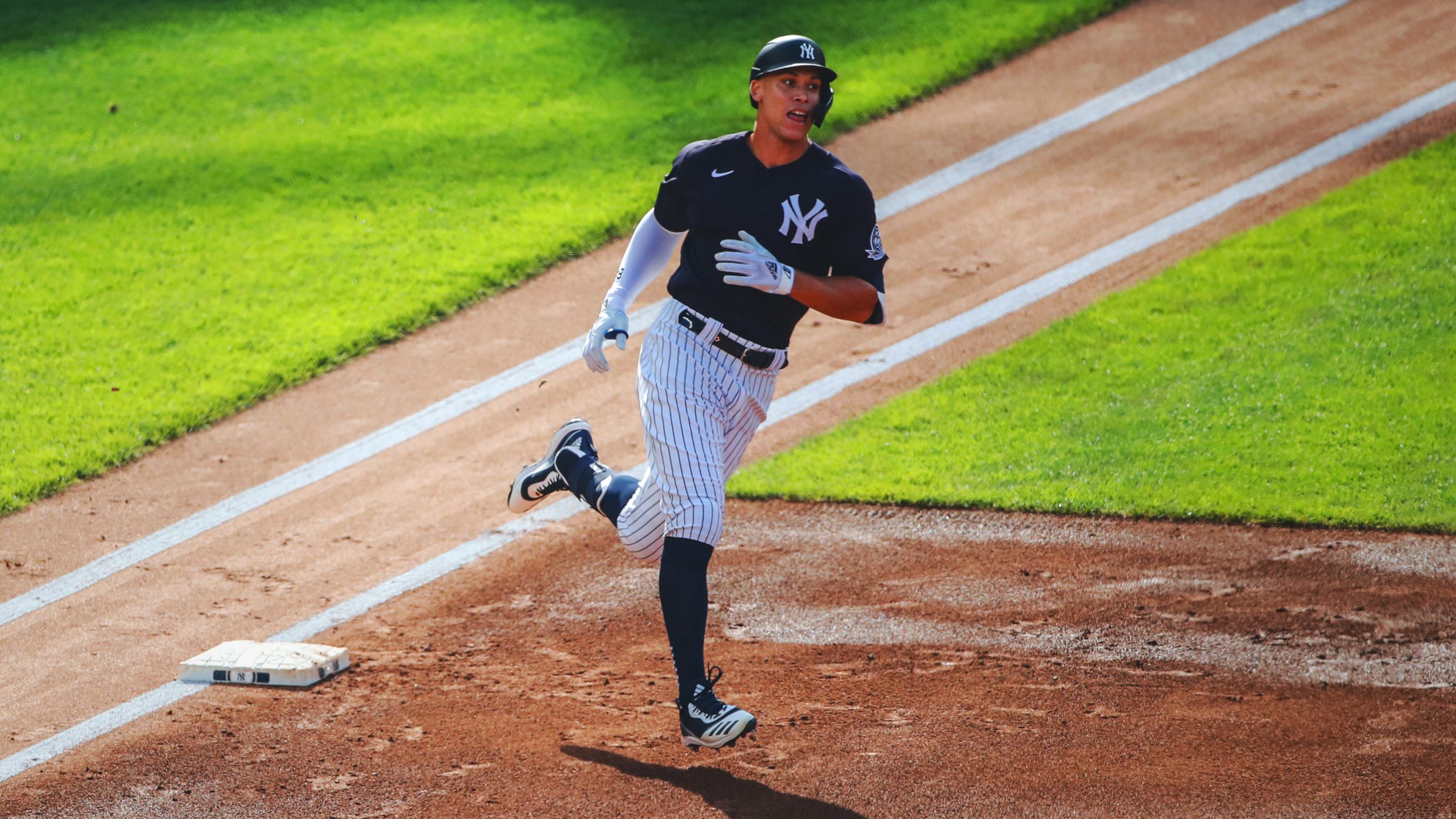 “At the end of the game last year it was a tough loss,” stated Judge. “I told the team not to forget that feeling,” he stated. Judge stated that you always think about what you could’ve done different and use it as fuel as you train in the offseason and get ready for the 2020 season. “You watch film, learn what you need to focus on, and move forward,” stated Judge. He stated that it’s the little things that separate good teams from great teams and that there’s always room for improvement. “We’re ready for the task,” stated Judge. The first task for the Yankees – Win the division in a shortened season and put themselves in a good position going into the post-season.

Voit also spoke on there not being fans in the stadium this season, stating that the Yankees’ leadership and comradery they have to keep each other accountable will help them stay motivated and on task during games. Voit stating that the exhibition games felt like normal games and that that he was able to get over the nerve factor and the factor of playing someone else. “We’ve got a tough road ahead of us, but no one’s going to be lackadaisical,” stated Voit. “We’ll be locked in from the start. I believe in us!”

Judge and Voit both spoke about whether they feel concern traveling out of New York. They both stated that you’re always going to have some concern with the unknowns of different ballparks, different cities and rules and protocols, and that there’ll be a little weariness leaving their bubble, but that this is what they signed up for. Both Voit and Judge reiterated that the Yankees have prepared them sell and that the team and organization is going to do everything they can to keep everybody safe. Voit also stating that the staff has done a great job with hotel cleaning protocols, as well as protocols for train and plane rides. “I have faith. I’m going to take care of myself and trust the guys are going to do the same,” stated Voit.

In this article:Aaron Judge, Luke Voit