Judgement Day Has Arrived in The Bronx! 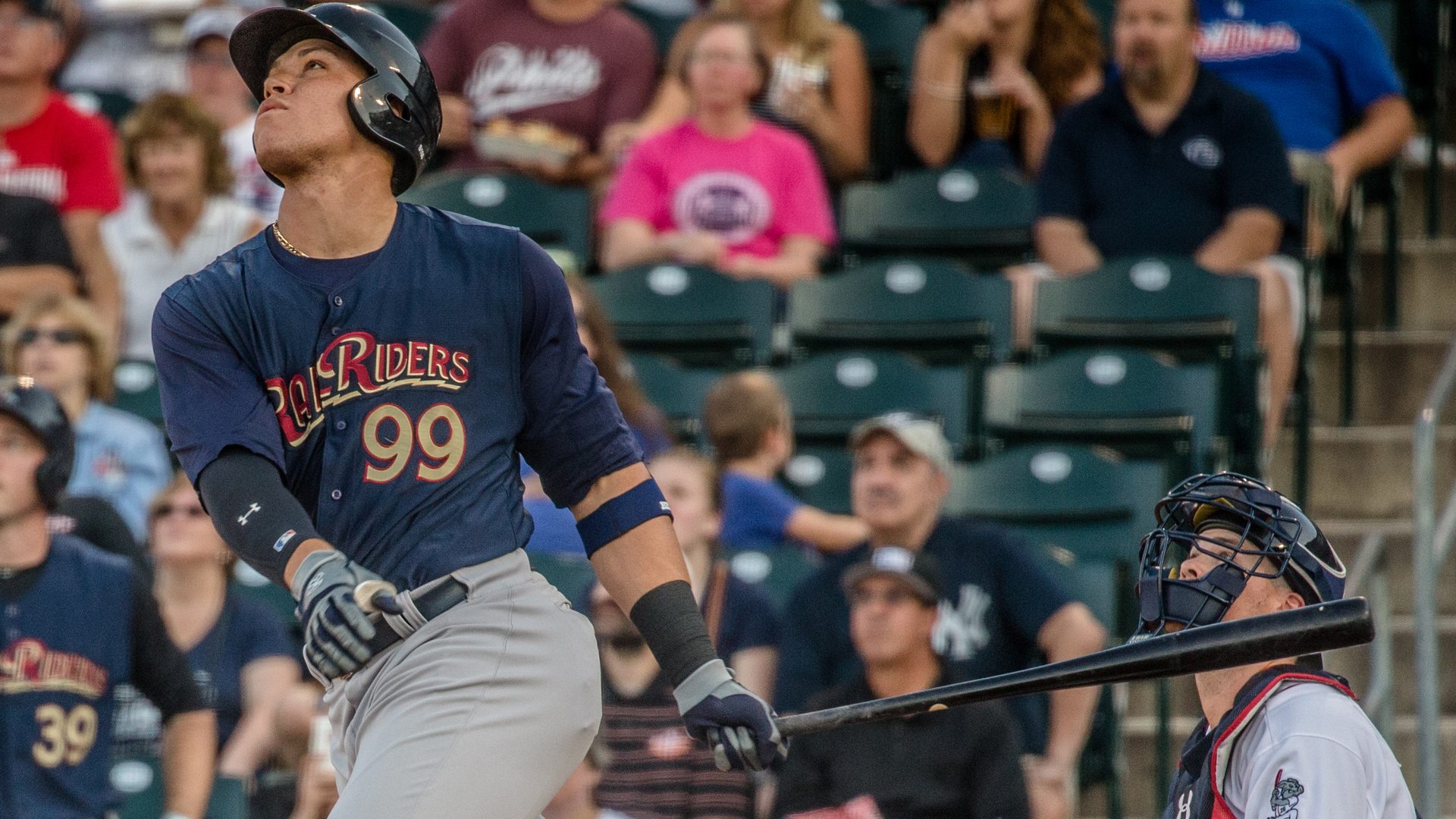 While we knew about the call up of Tyler Austin there was a surprise in store for New York Yankees fans in the form of former first round draft pick Aaron Judge who was called up to the big leagues.  The news was first reported by Barstool Sport’s JJ.

The report was confirmed when just a few minutes later the New York Yankees put out the starting lineup for the afternoon game.  The corresponding roster move has yet to be announced.  That lineup also featured Austin Romine and Gary Sanchez.

Judge, 24, spent all of this season in Triple-A with the Scranton/Wilkes-Barre RailRiders where he hit .270 in 93 games with 19 home runs and 65 RBIs.  Overall in his minor league career, he hit .278 in 348 games.  He is also the first of the three 2013 first round draft picks to make the major leagues.