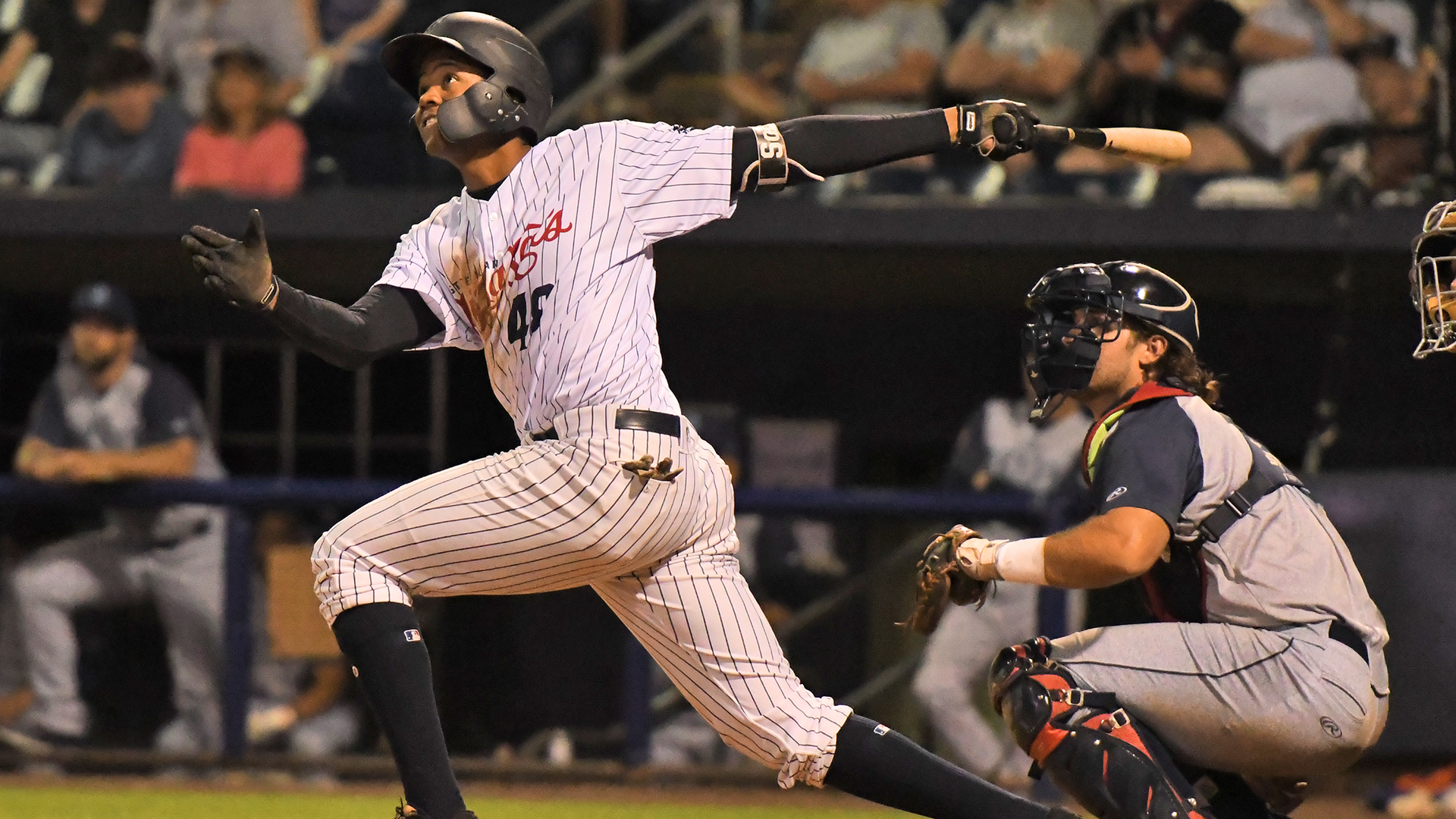 The Staten Island Pizza Rats (10-12) continue to find ways to win games on their now five-game winning streak. Thanks to a go-ahead solo home run by Junior Soto in the bottom of the eighth, the team was able to squeak out a 3-2 win against the Brooklyn Cyclones (11-11). They have now won each of their last three games by two runs or fewer.

“The guys are all into it. They are competing. When you are competing, you are having fun, “ said Pizza Rats manager Lino Diaz about the close margin of victory in the last three wins. “Our mentality right now is to continue to get better.”

Soto came up clutch as he hit a 2-1 pitch over the wall in left field for a home run against Brooklyn reliever Billy Oxford (2-1). It is his second home run of the year, and he is now up to seven RBIs for the season after going 2-for-4 with a pair of RBIs on Saturday: 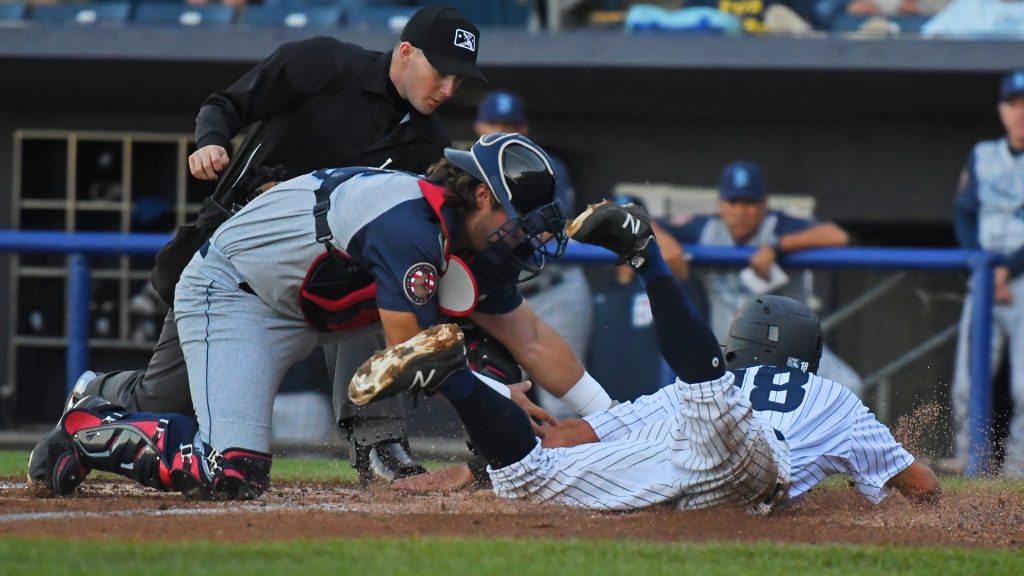 Kyle Gray slides into home to score the first run of the game and give the Pizza Rats a 1-0 lead on an RBI single by Junior Soto. (Robert M. Pimpsner)

“When he connects, the ball goes. There’s no doubt about it. To give him credit, he’s been working very hard to make adjustments. It’s good to see him have success,” replied Diaz.

The Pizza Rats struck first in the bottom of the second against Brooklyn starter Christian James. With Kyle Gray on second base after a fielder’s choice, Junior Soto singled to left field to give Staten Island a 1-0 lead. Soto’s base hit was one of four singles in the inning. But, they would only get a run that inning as they left the bases loaded.

Staten Island would add to their lead in the fifth thanks to the top of the order. Alex Junior led off the frame with a walk, and Eduardo Torrealba singled to left center to put runners on the corners. That set the stage for Frederick Cuevas as his RBI single to right (5) made it 2-0. However, once again, the Pizza Rats stranded all three runners on base. 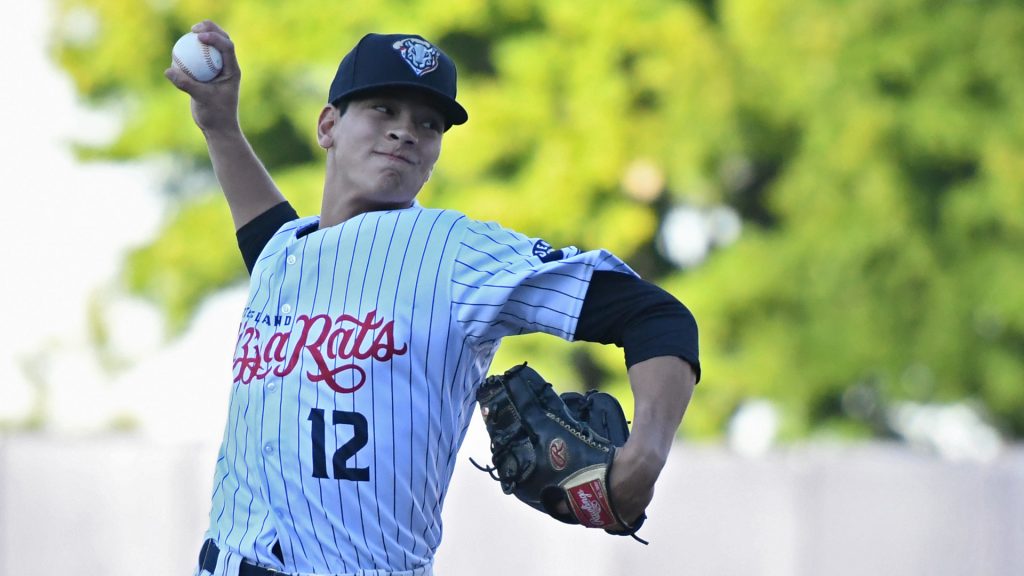 Alex Mauricio was cruising in his outing until the sixth. The right-hander got the first two outs but then struggled with his command. He walked two batters, and that was sandwiched by a Carlos Cortes single (3-for-4). After Walker Lagrange drew a walk, Garrett Mundell came in to face Chase Chambers.

Mundell got Chambers to hit a groundball to third, but Danienger Perez’s second error of the night allowed two Cyclones run to score, which tied the game up. The damage would stop there as Mauricio got the no-decision. He went 5.2 innings, gave up two unearned runs on three hits, struck out three, and walked three on 92 pitches (50 strikes).

When Diaz was asked to describe Mauricio’s outing into one word, he decided to give three:

“Aggressive, consistent, and in the zone. When you are aggressive and consistent with what you are doing, you get outs. You ignite quick swings and get them to swing at your pitches.”

In the top of the seventh, Mundell ran into some trouble of his own. He walked Ross Adolph to start the inning and then lost an 11-pitch battle to Brian Sharp (walk). He was able to keep his composure and got Manny Rodriguez to hit into an inning-ending double play that kept the game tied at two. 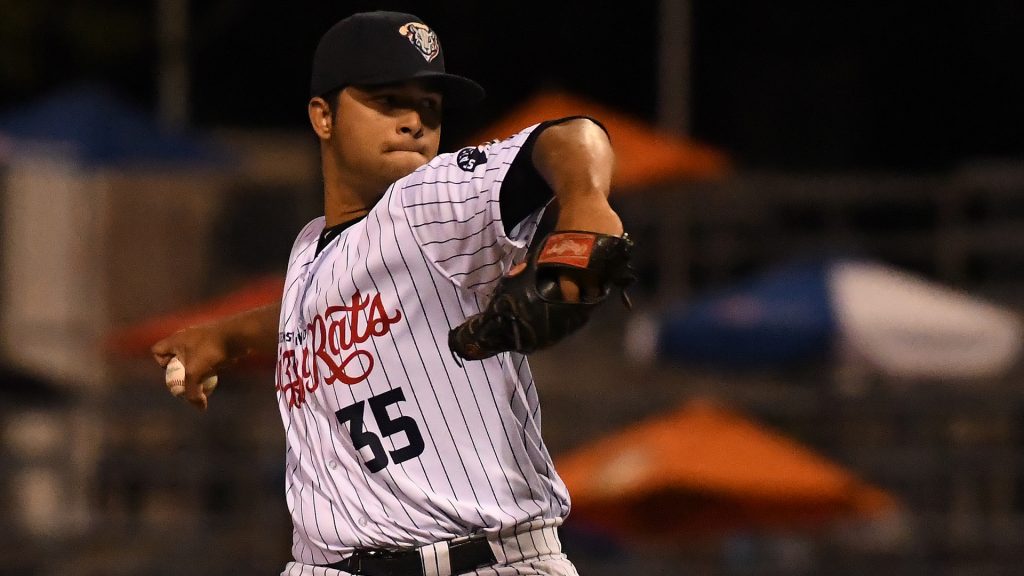 Tonight’s star of the game goes to Junior Soto. The right fielder picked up his first home run of the season that won the game in the eighth, and he started the scoring with a base hit in the second. He has two home runs in his last five games.

However, an honorable mention has to go to catcher Jerry Seitz. Seitz went 3-for-4 at the plate (all singles) and threw out two of the four runners attempting to steal. He has ten hits on the season for the Pizza Rats. Also, the 23-year-old had his first three-hit game since August 29, 2015 (Gulf Coast League).

“Jerry has been unbelievable. He’s been great throwing, blocking. He’s been really good about keeping the tempo of the game with the pitcher. We are very happy with what he does,” said Diaz about Seitz.

Next Game: The Yankees will be back in action Sunday afternoon when they head to MCU Park to take on the Brooklyn Cyclones. First pitch is at 4:05 p.m ET. Roansy Contreras (0-0, 1.62 ERA) will make his third start against Brooklyn this year, and he will go up against New York Mets pitcher Noah Syndergaard, who is on a rehab assignment.

It is a test for these young players to get to go up against a premier Major League arm, but Diaz talked about how the mentality heading into the game is going to stay the same and the experience that this game will provide.

“Same mentality. He is what he is. He still has to throw over the plate. Our guys will be aggressive with the fastball and make changes later on…. At this early stage, it can be a little too much, but I think it’s a good challenge. It’s a good thing for our guys to face people like that. You can learn a lot from those guys.”

The other big news around Staten Island on Saturday was that the Second Round pick in this year’s MLB Draft, Josh Breaux, was added to the roster. Diaz said after the game that he would be in the lineup Sunday afternoon.

Check out some great photos from our second game as the Staten Island Pizza Rats.