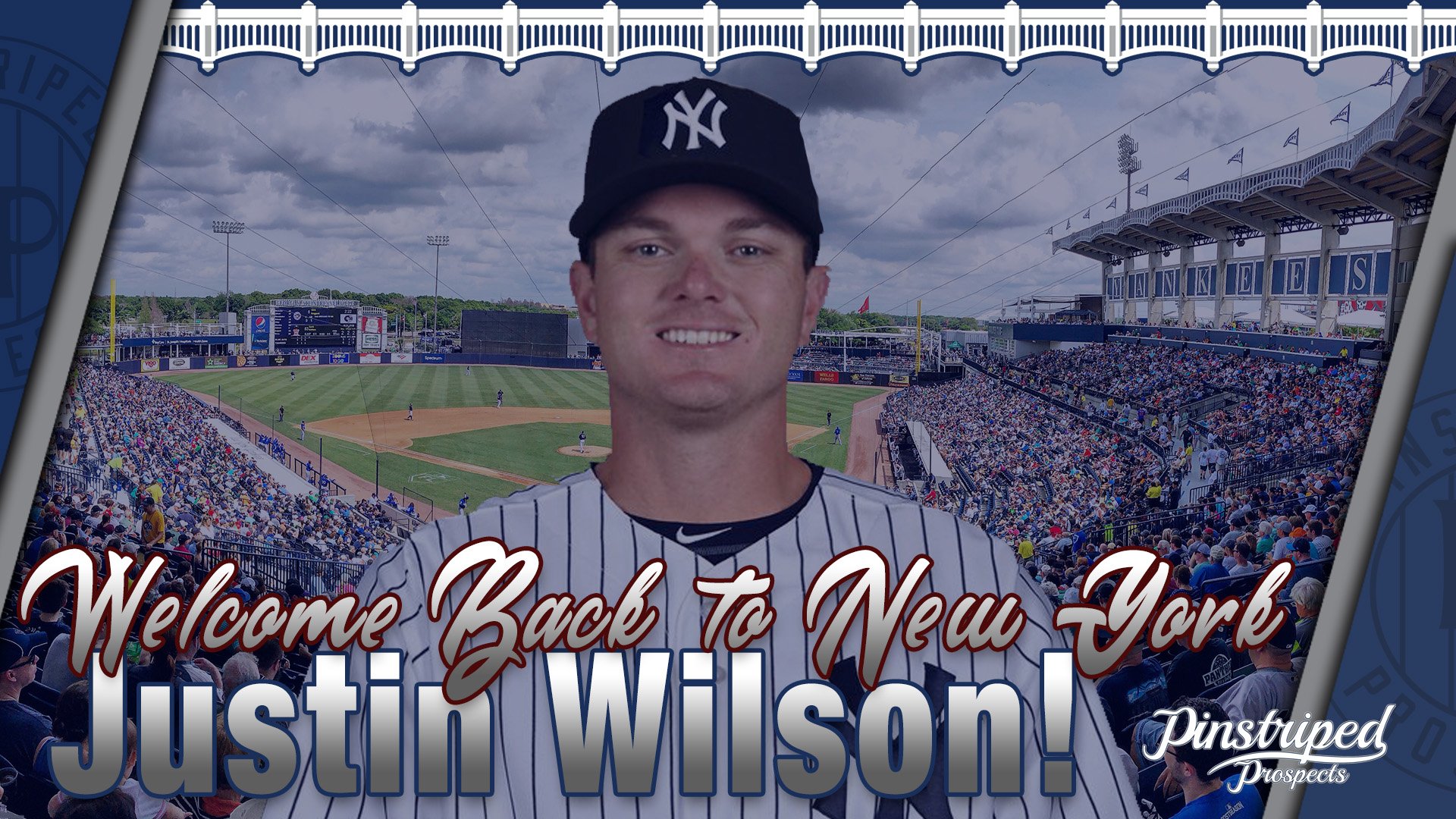 Justin Wilson is coming back up the Subway to the Bronx! The 33-year old left-handed pitcher from Anaheim has made an agreement to rejoin the New York Yankees from the Mets. Robert Murray of FanSided was first to report that discussions were getting serious between Wilson and the Yankees. Sweeney Murti of Yankees WFAN was the first to report that the deal was final on Monday and Ken Rosenthal of MLB on FOX confirmed the deal following Murti’s report.

Wilson spent the 2015 season with the Yankees before being traded to Detroit in the deal that brought Chad Green and Luis Cessa to the Yankees. He was brought to New York as part of the trade that sent Francisco Cervelli to Pittsburgh.

Wilson was drafted by the Pittsburgh Pirates in the fifth round of the 2008 MLB Draft at the No. 144 overall pick out of Fresno State College. He spent three seasons with Pittsburgh, making his MLB Debut on August 20, 2012.

He has since spent time with the Pirates, Yankees, Tigers, Cubs, and most recently the Mets from 2019-2020 before electing free agency at the end of the 2020 season.

Over the course of the last two seasons with the Yankees’ subway-rival New York Mets, Wilson was 6-3 with a 2.91 ERA. He struck out 67 and had a 1.347 WHIP over the course of 68 games played and 58.2 innings pitched with the Mets.

In last year’s COVID-19 shortened season, Wilson was 2-1 with a 3.66 out of the Mets’ bullpen. He recorded 23 strikeouts and had a WHIP of 1.37 over the course of 23 games played and 19.2 innings pitched. Wilson averaged 95 mph on his fastball in 2020, and also has a cutter, slider, and curveball in his pitching repertoire.

The final details of the deal with the Yankees were not yet known. The deal that brings the southpaw Wilson back to the Bronx is pending a physical.

Having played previously with the Yankees and Tigers, Wilson is no stranger to the American League and will look to bring his knowledge of the league and veteran confidence to the Yankees’ bullpen as the Yankees look to bolster their bullpen in effort to claim their 28th world championship in 2021.