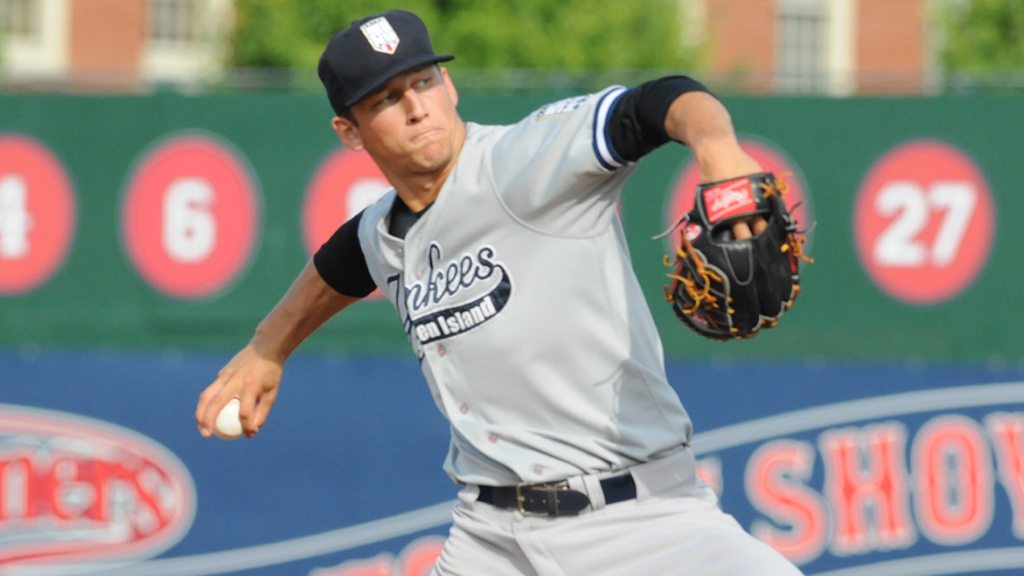 LOWELL, MA – New York Yankees first round pick, 16 overall, James Kaprielian impressed many as he made his Staten Island Yankees debut.  In 3 innings he did not allow a hit and struck out 4 batters showing confidence and comfort on the mound.

While Kaprielian impressed, he did not factor in the decision as the Staten Island Yankees went on to win in extra innings.  Kevin Cornelius led the Yankees with 2 of the 5 Baby Bomber hits.  Staten Island scored first plating a run on the top of the third inning.  With one out Jeff Hendrix walked, stole second and moved to third on a throwing error by the Lowell catcher before scoring on a single by Zack Zehner.

In the top of the ninth inning Staten Island took the lead.  Thairo Estrada started it off with a 1-out walk, went to third on a lined double to center by Kevin Cornelius before scoring on a single by Brandon Wagner.  With runners at the corners and 1 out Trey Amburgey walked to loads the bases, bringing up Ryan Krill.  Krll then sent the ball deep into left field for a sacrifice fly to bring home Cornelius and give the Yankees a 3-1 lead.

The insurance run came in handy as the Lowell Spinners plated 1 run but could not tie the game.  The two teams returned to their clubhouses for a breather before the second game of the double header.