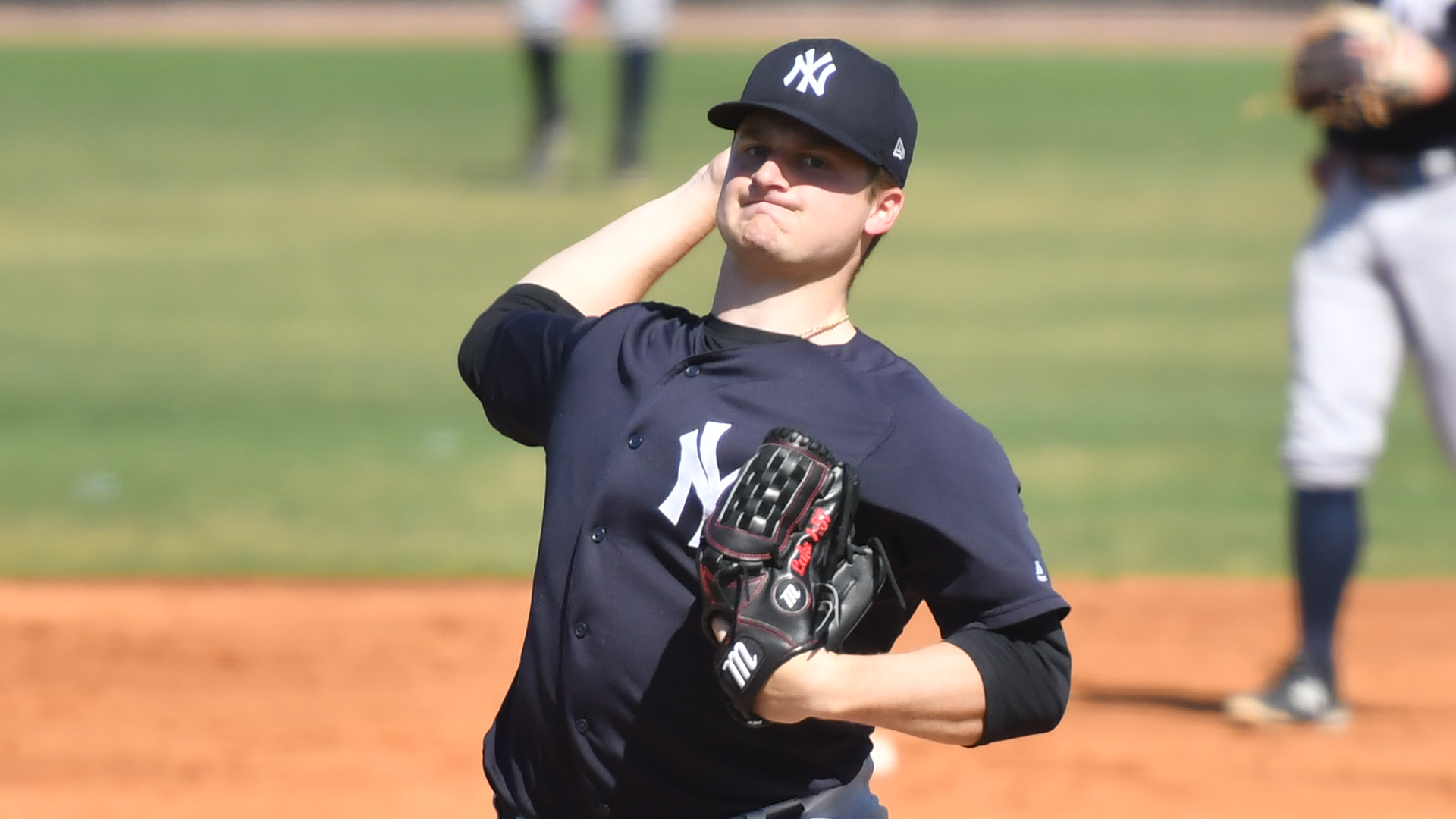 It may be early in spring training for the New York Yankees, but don’t tell their pitchers that. Yes, the pitchers always seem to be ahead of the hitters at this time of the year. However, it has hard to come across a game where you were not impressed with the way the Yankees’ arms have performed.

After the first 10 games of the Spring Training slate, the New York Yankees’ pitchers have a combined ERA of 3.43, which is the best in the American League. Plus, they have the lowest batting average against (.188), the lowest WHIP (1.06), the most strikeouts (100, and the fewest home runs allowed (5) in the AL.

You can’t control wins or losses in spring training and different pitchers are working on different things. With that being said, it has been pitchers such as Clarke Schmidt, Deivi Garcia, and Nick Nelson that have been able to control their outings and keep the opposing team off the scoreboard.

For the Yankees, they have a lot of arms in the middle to lower tiers of their minor league system. Names such as Luis Medina, Yoendrys Gomez, Roansy Contreras, and Luis Gil are some just to name a few. For players like Gil and Medina, being in big league camp allows them to make a good impression to the coaching staff.

On the most recent episode of the Pinstriped Prospects Podcast, Yankees beat writer Erik Boland mentioned how manager Aaron Boone, pitching coach Matt Blake, and scouts are impressed by the depth of power arms in the farm system. Boone, in a YES Network interview during one of the games, even mentioned that arms 16-30 in the system are impressive as well.

Now, these spring numbers can be an anomaly because it is a different group of players each year. However, it is important to note that last year, the Yankees’ pitchers had the second-lowest ERA in the AL (4.20), the lowest WHIP (1.24), the second-lowest batting average against (.240), and were one of six teams in the AL that walked fewer than 100 batters.

To put those numbers in perspective, the 3 teams that had the lowest ERA’s in the AL last spring (Astros, Yankees, Rays) all made the postseason. All 3 of those teams were also in the top 4 in WHIP. This speaks to the ability the Yankees have had in developing their pitching in terms of emphasizing throwing first-pitch strikes.

Time will tell how some of these Yankees’ arms do down in the minor leagues in 2020. It is an opportunity for them to either rise up in the system or pitch well enough to be traded to another team that can benefit their chances of reaching the MLB while helping the big league club increase their chances of a World Series.