Who is James Nelson? The Yankees newest infield prospect

Yankees Acquire 3B Nelson from Marlins for LHP Tarpley 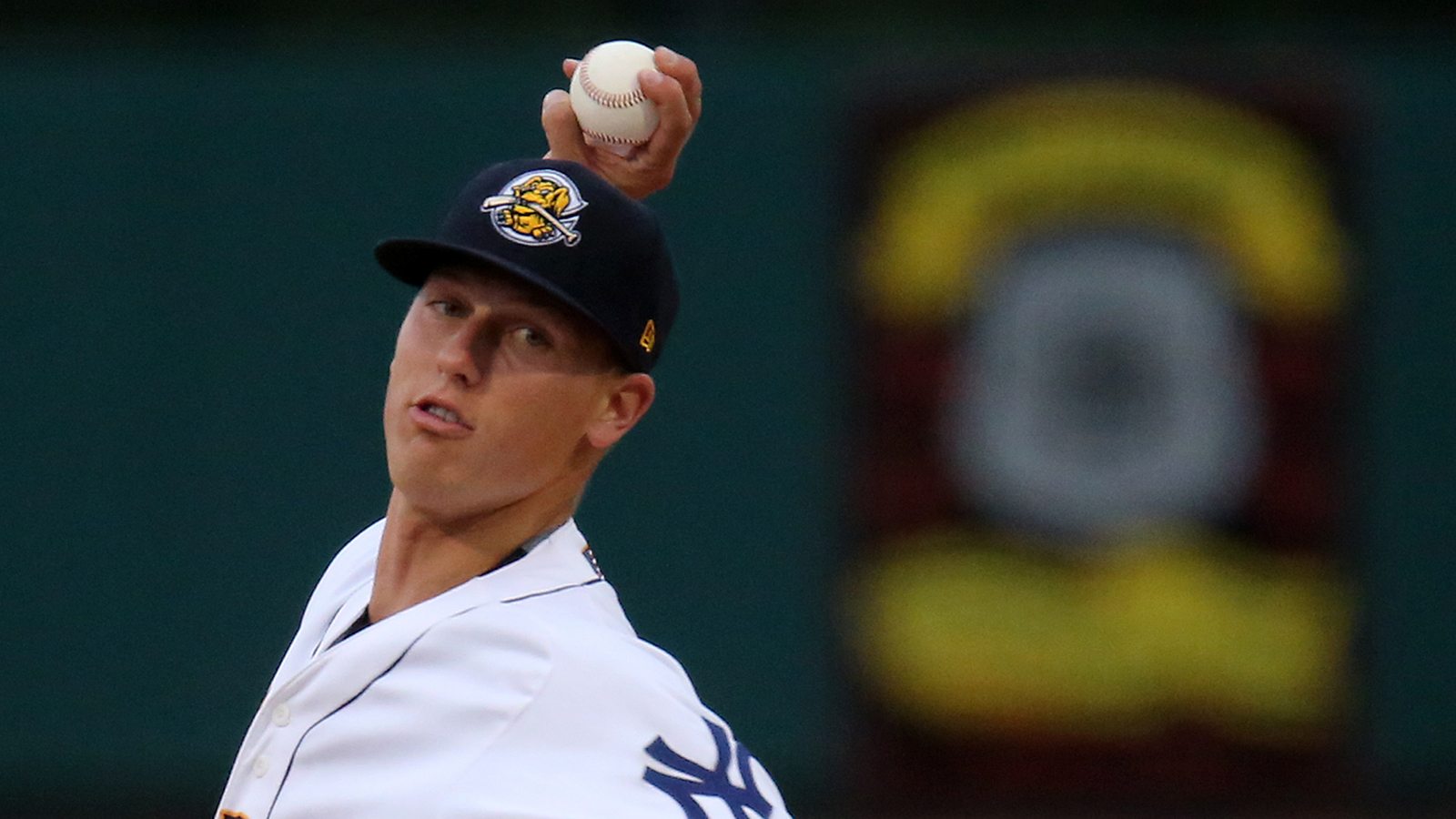 Every Friday home game from now until the end of the season, the team that calls themselves the Trenton Thunder, will be referred to the Thunder PorkRoll.

While the name and the uniform might have changed for a night, the product on the field stayed the same, thanks mostly to Trenton starter Brian Keller who, you could say, was on a roll on Friday night.

Keller went eight innings, allowing zero runs, two walks, and four strikeouts. Through five innings, Keller held the BaySox hitless until a ground-ball took a funny hop towards Trenton 1B Chris Gittens and went under his glove into right field for a base hit.

“It is what it is and you just gotta go from there, take what you can,” Keller said, talking about the single.

From that point on, Keller wouldn’t allow another hit nor would Trenton closer Jordan Foley as Trenton blanked Bowie 2-0.

“I knew what was going on out there,” Foley said. “But it was a one-run ballgame later in the game and I was just trying to keep it close.”

Trenton manager Jay Bell opted to bring on Foley to close out the game in the ninth instead of leaving Keller in due to the number of pitches Keller had thrown.

“He was right at his number so he was done,” Bell said. “You’re always looking at the next start and the one after that so it’s not just a snapshot, it’s a movie so you’re looking at the bigger picture but he did a fantastic job.”

“No, that’s above me.” Keller said with a smile regarding if he lobbied to come out for the ninth inning.

In his first start this season, Keller went 4.2 innings, allowing eight hits and six runs (all earned) leaving his ERA to begin the season at 11.57.

Since then, Keller has made six starts and has gotten his ERA down to a respectable 3.35.

“I’ve improved a lot, Keller said. “My consistency has been so much better and I’m getting a little more comfortable out there.”

Trenton’s offense was led by rehabbing Yankees 1B Greg Bird, who played DH tonight. Bird scored a run off of CF Jeff Hendrix‘s RBI single in right field in the fourth inning after he drew a lead-off walk to begin the frame.

In the eighth inning, Bird hammered a ball over the right field fence for a solo shot to give Trenton a 2-0 lead.

“Today was a really good day for Bird,” Bell said. “He looked really good in BP and he had a couple good swings tonight.”

Foley then came on in the ninth inning to close it out and recorded his team-leading seventh save of the season.

This marks only the second time Keller has gone past eight innings since making his professional debut back in 2016. On July 28 2017, Keller tossed a complete game shutout with Tampa, allowing only two hits.

“That’s probably my favorite thing, going deep into games and really giving my team a chance to win.” Keller said.