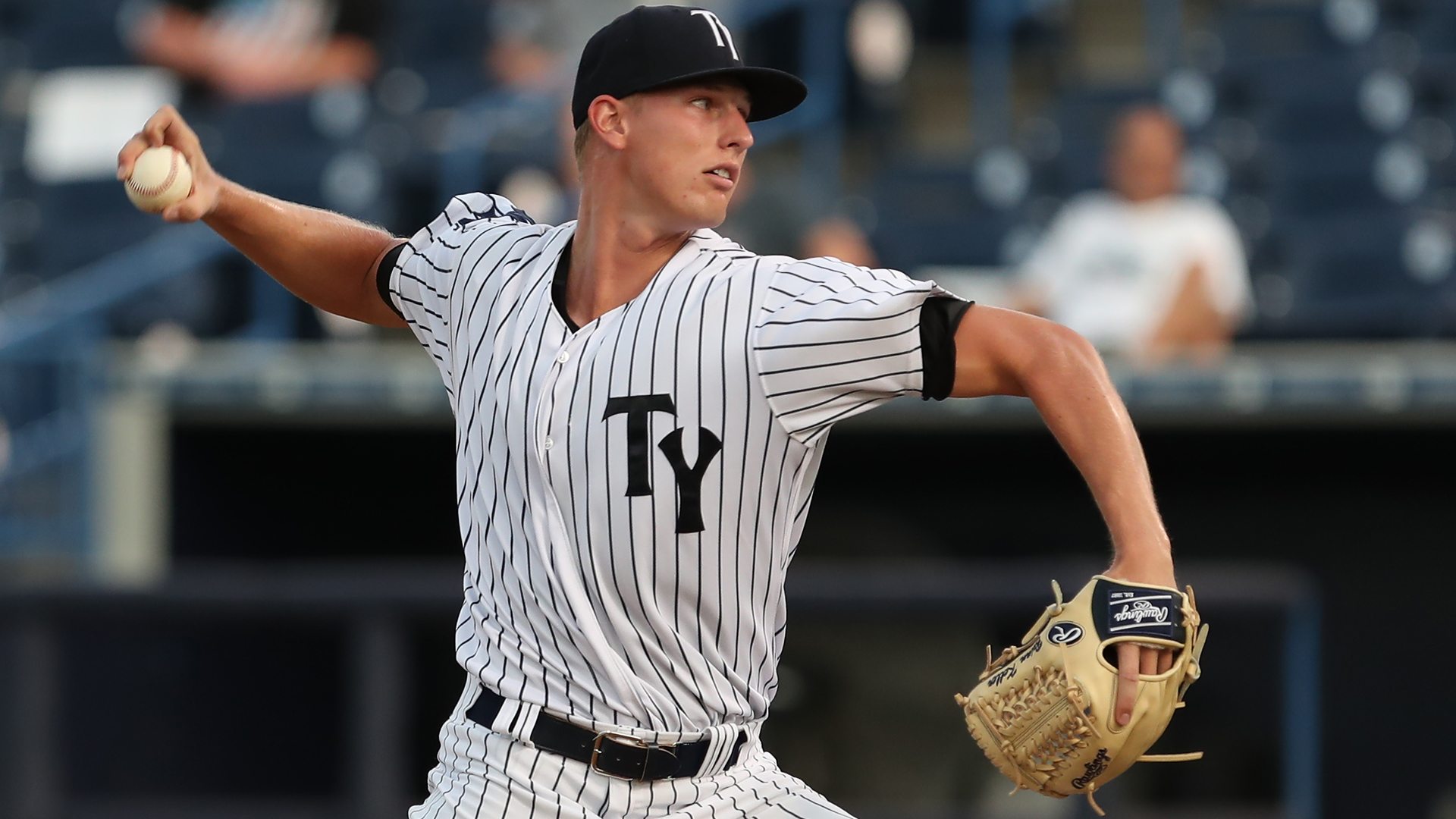 Now that the 2017 season is over it is time to name our Yankees minor league pitcher of the year.  This year we did things a bit different, allowing our fans to actively vote.  We tallied up the final votes and the winner is right-handed pitcher Brian Keller.

The 23-year-old out of Germantown Wisconsin was originally drafted by the Yankees in the 39th round of the 2016 draft and quickly rose through the farm system.  This past season he started the year off with the Charleston RiverDogs where he was 6-5 with a 3.29 ERA over 14 starts, striking out 90 batters in 82 innings pitched.

After bring promoted to the Tampa Yankees on July 5, Keller would continue his dominance with a 5-3 record and a 2.90 ERA in 10 starts, striking out an addition 67 batters in 62 innings pitched.

Combined he struck out 157 batters in 2017, which led the entire Yankees organization.  He also led the organization with four complete games.

In this article:Brian Keller, story