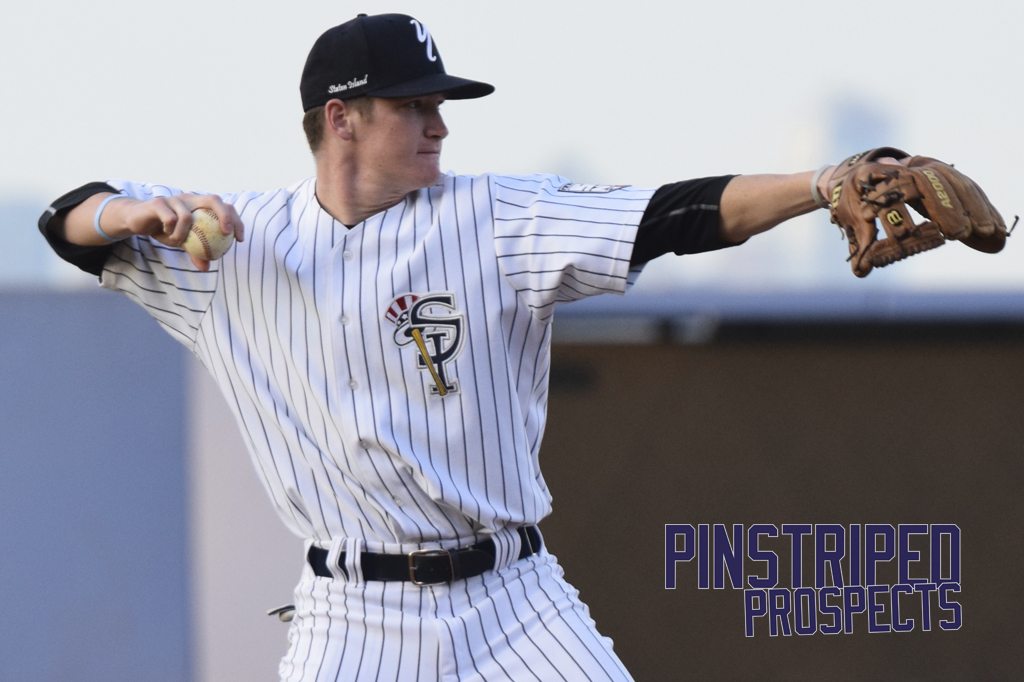 Yesterday MLB Pipeline unveiled their All-Defense team that looks at the best defensive player at each position and the New York Yankees earned one spot on the team.  Kyle Holder, one of the Yankees first round draft picks in the 2015 draft was named the best defensive shortstop in the minors.

Holder, 22, has long been touted for his defensive prowess and was even named the best defensive shortstop in the entire 2015 draft class.

According to MLB Pipeline’s Jim Callis: “I haven’t had more people rave about a prospect’s defensive prowess to me since the days of Omar Vizquel coming up with Seattle,” a second AL scouting official said. “I’ve had scouts say they look forward to watching Holder take pregame ground balls like they would watching a guy with 80 raw power take batting practice.”

While many fans did not like the pick due to the fact his bat was not as advanced a tool as his glove there was still a lot to like there.  Holder is developing into a good all-around prospect after taking a huge step forward this past season with the RiverDogs hitting .290/.323/.347 in 88 games and 352 at bats.  This is after making his professional debut in Staten Island where he hit just .213/.273/.253.

In this article:Awards & Honors, Kyle Holder