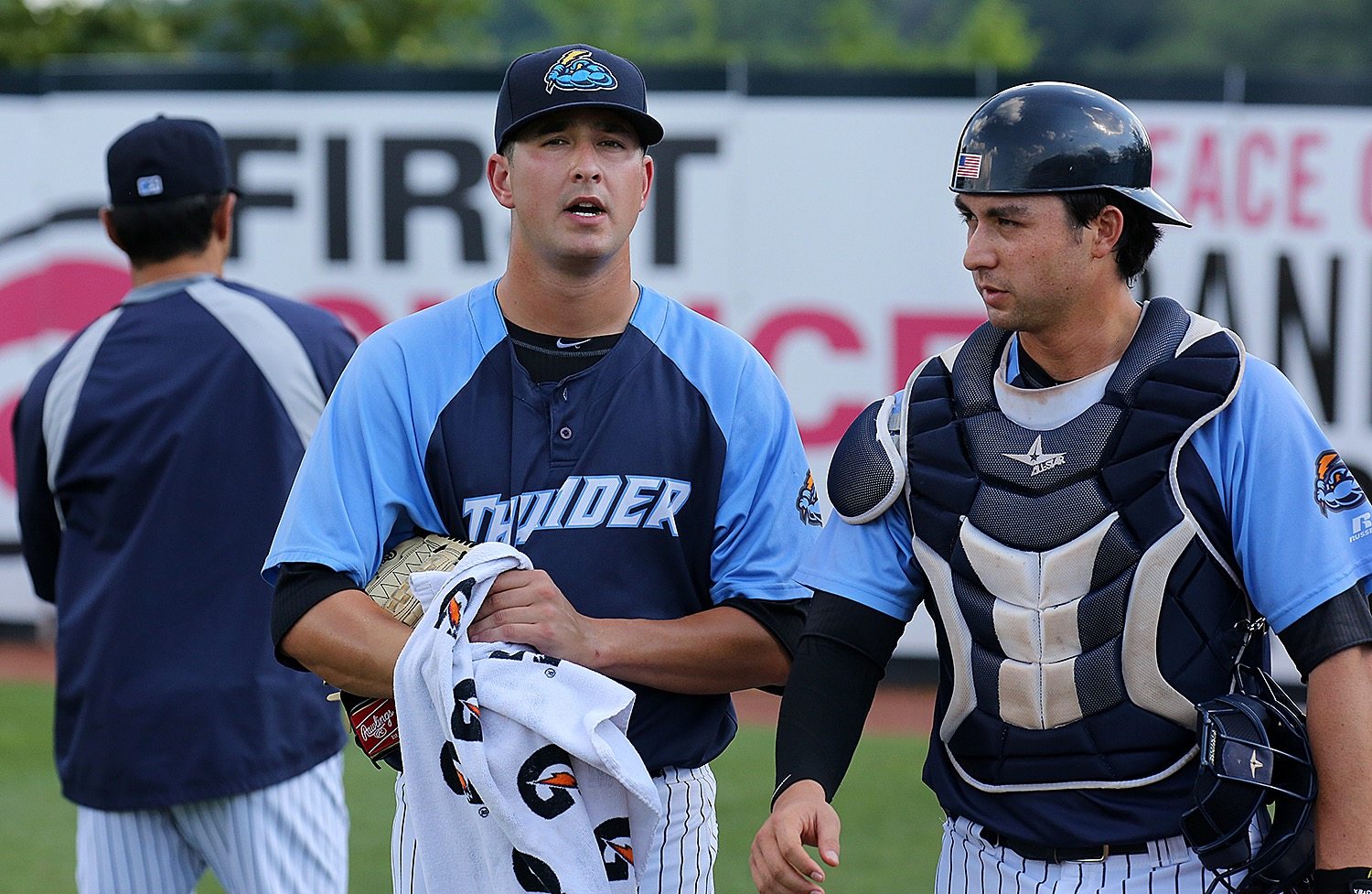 TRENTON, NJ – Brady Lail and Daniel Camarena combined on a five-hit shutout to lead the Thunder to a 4-0 win over the Reading Fightin Phils in front of 5,203 fans at ARM & HAMMER Park on Sunday afternoon.

Lail, making his first start for the Thunder since April, retired the first nine men he faced and used a double play ball to get out of a bases-loaded jam with one out in the fourth.

Camarena relieved Lail after his scheduled four innings and continued his impressive run on the mound. Camarena earned the victory with two hits allowed, one walk and struck out five to improve to 7-2 and drop his ERA to 2.40 for the year.

The Thunder finally broke through against Reading’s starter, Ricardo Pinto in the seventh with a two out rally. Micheal O’Neill singled to center and Dante Bichette Jr. followed him with a double down the left field line to take a 1-0 lead. After Lane Adams reached on an infield single, Tyler Wade walked to load the bases. Pinto stayed in the game and walked Dustin Fowler with the bases loaded to make it 2-0.

Trenton put the game out of reach when Miguel Andujar bounced a single through the left side of the infield to push the lead to 4-0. Andujar has 23 RBI’s in 29 games with the Thunder.

The shutout for the Thunder was their league-leading 12th of the season. The pitching staff held the Eastern League’s best offense to just eight runs in 36 innings, allowing runs in only four frames.

The Thunder continue their homestand on Monday night at 7pm against the Portland Sea Dogs. LHP Jordan Montgomery will start for the Thunder, LHP Jalen Beeks will go for Portland. It’s PokeMonday at ARM & HAMMER Park!. Tickets are available by phone at 609-394-3300 or online at TrentonThunder.com.