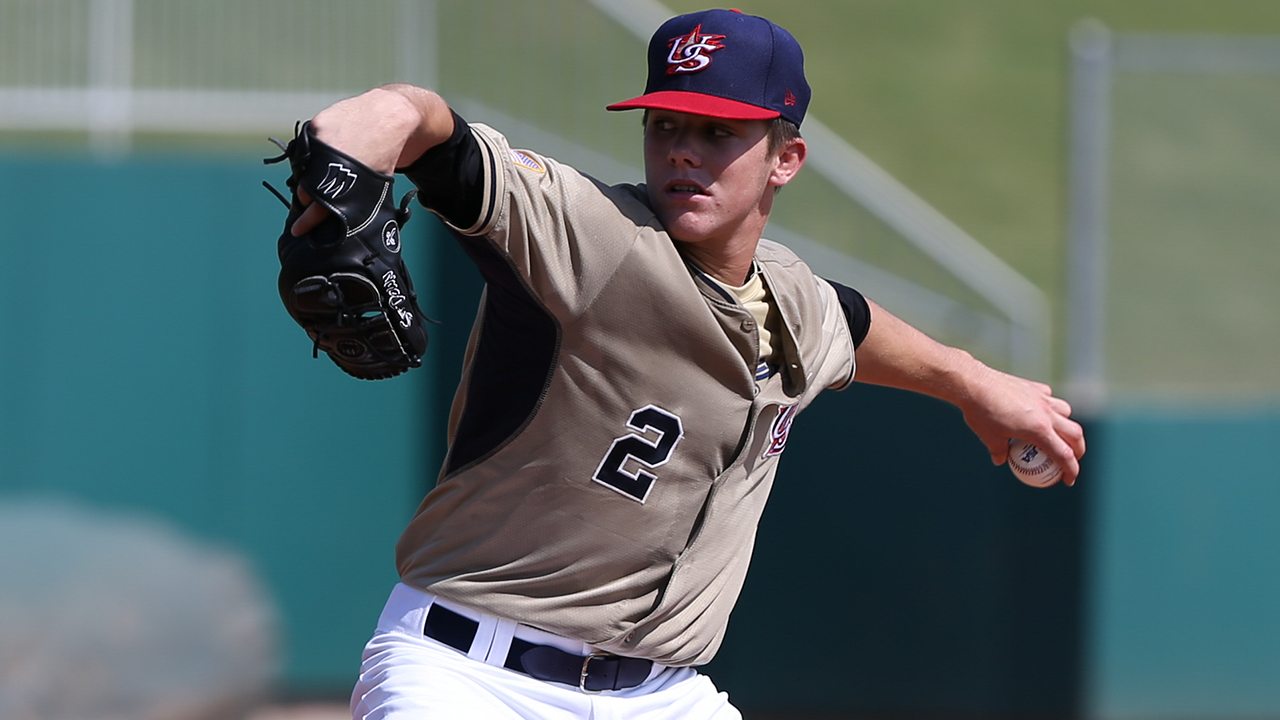 Our friends over at 2080 Baseball have teamed up with Perfect Game to produce their first mock draft of 2017 and they have the Yankees going to the high school ranks, taking left-handed pitcher D.L. Hall with the 16th overall draft pick.

Check out this video courtesy of 2080 Baseball

According to the story on the Perfect Game’s website, Hall is one of the top prep left-handed pitchers in the draft.  He is athletic, with a fastball that runs up to 96 MPH as well as a 12-6 curveball that is considered one of the best breaking balls in the 2017 high school draft class.

In Baseball America’s mock draft they have Hall going to the Giants at the 19th overall pick, citing reports that his stock is slipping a bit due to reports of inconsistency this spring.