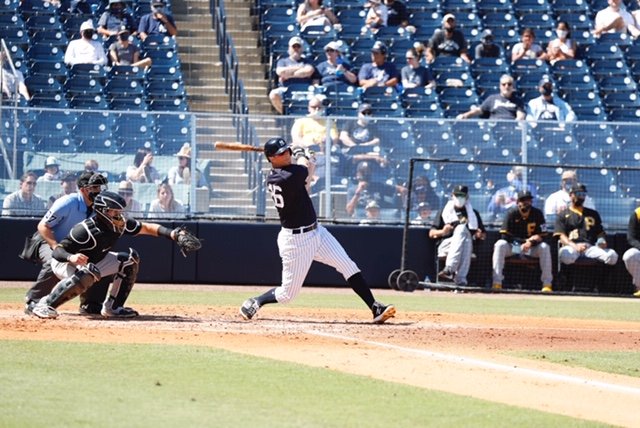 Nine inning games have become the norm of late as the early transitional period fades into the dog days of spring. Starters are getting stretched out. Regulars take three or four at-bats instead of two. As we leave the first half of March behind and the clocks jump forward, it’s feeling more and more like baseball season. Corey Kluber and the Yankees returned to their home digs and jumped out in front of the Pirates before holding on for a 7-5 win.

The L’s Take Some W’s

We don’t deserve DJ LeMahieu. The Machine knocked a trademark leadoff single in the first inning before coming around to score on Aaron Hicks’s double as the Yankees took a lead they’d never relinquish in the first inning. He next strode to the plate with two outs in the second and Gleyber Torres and Brett Gardner on base. A JT Brubaker fastball that caught far too much plate was never going to end up anywhere other than parked in the right-field seats. It was LeMahieu’s first round-tripper of the spring.

After Pittsburgh clawed back into the game, closing to within one run in the sixth, Ryan LaMarre cranked a two-run blast to right-center to put the game seemingly out of reach. But the Pirates fought back again with a two-run shot of their own before Socrates Brito landed the game’s final punch with a solo homer in the bottom of the eighth.

The Yankees’ shiny new acquisition didn’t have his best stuff on Saturday afternoon, but he managed to battle through a solid four innings. Kluber gave up a no-doubter to Troy Stokes on a four-seam fastball that he left out over the middle, but aside from that, he didn’t give up any particularly loud contact. Kluber struck out top prospect Ke’Bryan Hayes with a nasty slider to record his first out and also fanned Anthony Alford, whom he later plunked on the wrist and forced from the game. Hayes and Alford accounted for his only two strikeouts, but Kluber induced a handful of whiffs with his cutter and changeup and looked solid throughout, if not necessarily dominant. 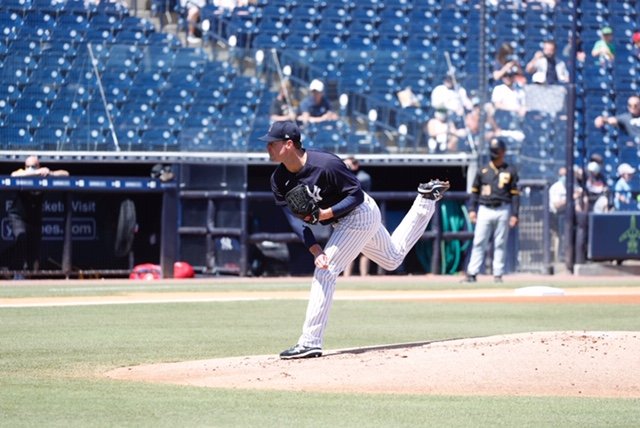 With Zack Britton lost for at least a few months, Darren O’Day’s presence in the Yankee bullpen becomes just that much more important. We saw some good and some bad from the veteran sidewinder against Pittsburgh: O’Day surrendered a leadoff blast to Bryan Reynolds that brought the Pirates within a run, but then proceeded to strike out the next three hitters on a series of devastating sliders. The last of these actually hit Tony Wolters in the thigh, but he swung wildly anyway to record the inning’s final out. 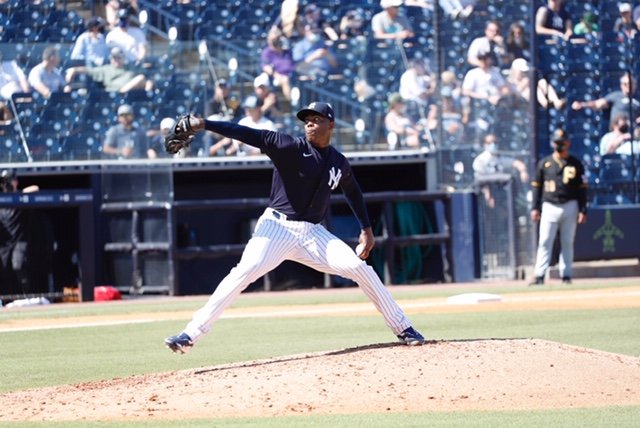 Aside from Aroldis Chapman, who looked unhittable in his one inning and provoked a “Wow, that’s gross,” from Aaron Boone as he fanned Stokes on a filthy splitter, the other bullpen stalwarts were shaky. Justin Wilson worked his way into trouble for the second straight appearance but managed to escape, while Chad Green served up a two-run homer in the eighth that solidified this one as a nail-biter. On the bright side, the struggling Luis Cessa, desperately in need of a quality outing, locked down the save with a scoreless ninth.

Deivi Garcia will toe the rubber opposite fellow young phenom Alek Manoah as the Yanks travel to Dunedin for a Sunday matinee against Toronto.