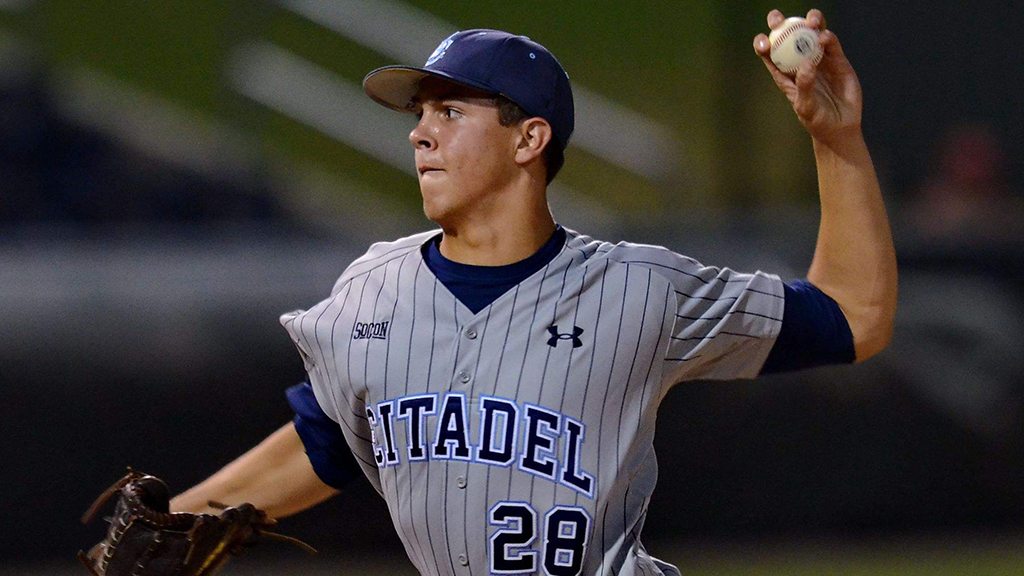 With the 303rd overall pick the New York Yankees went back to college to select left-handed pitcher James Reeves in the 10th round of the 2015 draft.  Reeves, 22, spent the last four years at The Citadel where he amassed a 20-11 record, 3.88 ERA over 239 innings with 227 strikeouts.  His first two seasons in college he was mostly a reliever, starting just 11 out of the 46 games he played.  Beginning in 2014 he was became a starter full time, starting 7 games that season and was 3-2 with a 3.40 ERA over 39.2 innings.  This past season he started 15 games for the Bulldogs, throwing 95 innings and averaging 6.1 innings each start.  He had his best stuff getting 115 strikeouts.

Reeves was a teammate of current Yankees minor leaguer Bo Thompson who is currently playing for the Charleston RiverDogs.  This past year he was named the Southern Conference Pitcher of the Year, a first-team All-Southern Conference player and also a Louisville Slugger Third-Team All-American.  His best start of the season came on April 2, 2015 when he pitched a no-hitter for The Citadel, the first in 13 years.  In that start he struck out 14 batters.  He is expected to sign quickly and start his professional career with the Staten Island Yankees where he is likely to find himself in the Baby Bombers rotation.