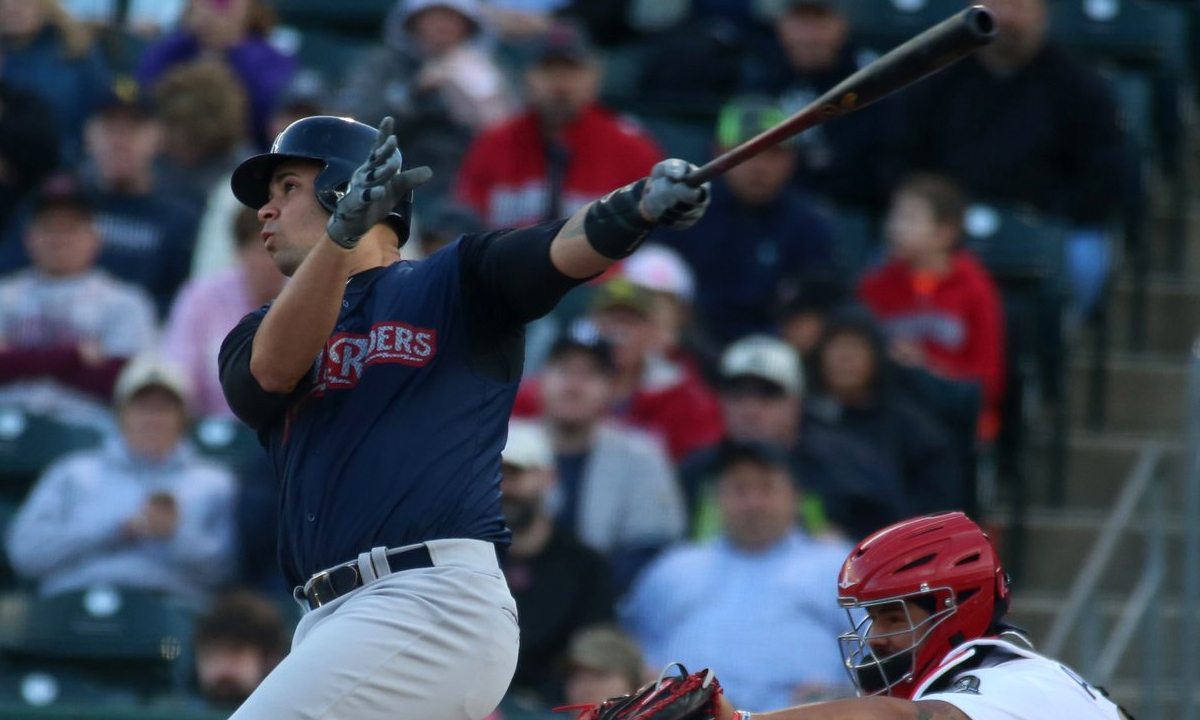 Saturday’s action in La Romana, with hometown Toros del Este hosting Estrellas Orientales, was the second of the season for Gary Sánchez and the fourth for Domingo Germán. The Yankee teammates’ fortunes diverged at the Estadio Francisco Micheli, with Germán suffering the loss in a 9-5 Estrellas triumph while Sánchez did all he could to keep his team in the game.

Promising Steps for The Kraken

My disclaimer on Sánchez from yesterday remains important: the reactions to his performance in DR should not be too swift or too powerful. He once again served as the designated hitter in the cleanup spot, and still has some rust to shake off. This was quite evident in his first at-bat of the night, during which he struggled to establish timing and swung through a hittable 2-2 fastball for a strikeout. But the rest of the game was much kinder to the Yankee catcher, and he was able to demonstrate some of the power that made him so feared in his first season and a half in the majors. In the fourth, Sánchez came up with one on and laid off three pitches outside the zone. He then received a classic get-me-over fastball, letter high and right down the middle, and he didn’t miss it.

Given that Sánchez didn’t manage a single hit on middle-middle pitches this entire major league season, the loud home run was a pleasant surprise, to say the least. The bat flip was majestic, too.

Sánchez worked a walk in his next plate appearance and finished up his night with a cheap, catchable double that fell between two outfielders. His line: 2 for 3, a walk, a strikeout, two RBI, and two runs scored. That’ll do just fine.

Jeremy Peña deposited Germán’s first pitch of the night over the fence for a leadoff home run, and it was a sign of things to come for the right-hander. Germán proceeded to walk the next three hitters before finally recording an out, getting Christian Bethancourt to whiff on a good slider. An unearned run added to the tally before Germán retired the side. In the second, he surrendered two singles, a double, a stolen base, two more runs, and allowed a runner to reach on a strikeout that Bruce Maxwell couldn’t corral behind the plate.

Germán struck out four on the night, and all four were swinging Ks on good sliders. His seven whiffs on 52 pitches were impressive, but basically, nothing else was: he gave up loud contact up and down the order, his fastball command failed him, and his fielders didn’t give him any help. Germán’s performance has steadily declined since he looked sharp in his opening night outing, as part of a combined no-hitter. He may not have much time left with Toros if things continue this way. One also wonders how long a leash he’ll have with the Yankees in light of his significant off-the-field troubles.

Still no sign of Miguel Andújar, who missed his twelfth straight contest. There’s been no reporting to suggest he’s hurt. The whole situation is very curious…Socrates Brito broke the game open for Estrellas in the seventh with an inside-the-park home run, assisted by former Yankee prospect Peter O’Brien’s highly questionable decision to dive for a sinking liner…Sánchez’s eighth-inning double kicked off a brief rally for Toros, as they pulled within two runs and then loaded the bases on a Bruce Maxwell walk. Maxwell was then removed for a pinch-runner, surfacing the possibility that Sánchez might replace him at catcher. It wasn’t to be, as Jhon Nuñez went behind the plate once the Toros threat was extinguished…In Santo Domingo, Leones del Escogido defeated crosstown rival Tigres del Licey in dramatic fashion. Marlins prospect Joe Dunand crushed a mammoth walk-off grand slam in the bottom of the ninth.