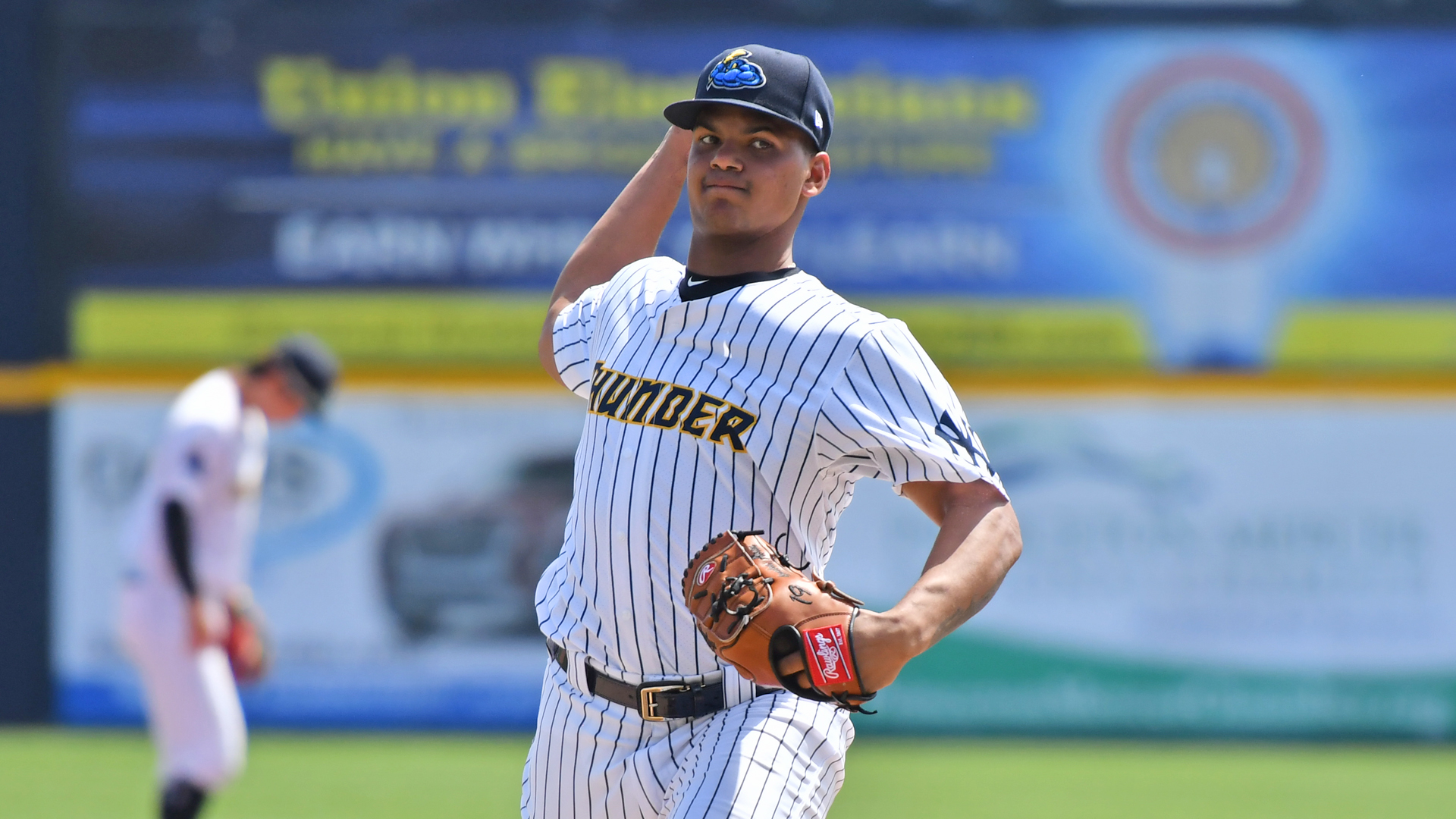 Losers of six of their last eight games, including a brutal walk-off loss on Tuesday in which they at one point led by six runs, Tigres del Licey have slipped out of the title race. They face a difficult climb to re-enter the picture – but a strong team effort on Wednesday at home over Gigantes del Cibao may be a sign of better things to come. Yankees’ top prospect Albert Abreu threw three scoreless, hitless innings to open the proceedings and the bullpen took it the rest of the way for a 4-0 win.

Abreu was nobody’s definition of dominant in his third start of the season for Licey. He struck out five in his three innings of work, but also walked four and struggled with deep counts and tenacious Gigantes hitters throughout. It took Abreu 66 pitches to navigate through the three frames, and almost none of his nine outs came easily.

Abreu’s most consistently solid offering was his slider, with which he recorded two of his five punchouts and four of his eleven whiffs. At his best, the tight-spinning breaking ball complemented his powerful heater and kept hitters off balance. At his worst, he spiked the slider a couple of times (including one wild pitch) and couldn’t control the fastball, missing catcher Sandy Leon’s targets. Nonetheless, it was an impressive showing, as Abreu proved that he could battle without his best stuff. I’m waiting for a consistently overpowering Abreu to show up for a whole night. It’ll be a sight to behold.

Elsewhere in DR, Gary Sánchez and Estevan Florial continued their campaigns. Sánchez was bound to cool off from his torrid weekend. His last couple of games have been nondescript; in Toros del Este’s 4-2 loss to Aguilas Cibaeñas on Wednesday, the Yankee catcher struck out twice, walked once, and lifted a fly ball to left. Meanwhile, in San Pedro de Macorís, Florial managed a hit in three plate appearances before being removed for a pinch hitter in the seventh inning of Leones del Escogido’s matchup with Estrellas Orientales.

Longtime Yankee pitching prospect Adonis Rosa, released in September after seven years in the organization, made his 2020 LIDOM debut for Gigantes, surrendering a run in one and third innings of work. Rosa made 16 appearances for Gigantes last year, including two starts, and pitched to a 2.81 ERA. The run charged to Rosa was inherited by his successor, Randy Rosario, who quickly served up a two-run homer to former Red Sox catcher Sandy León…Tigres is quickly bearing down on the halfway mark of this abbreviated season. They’ll play their 15th out of 30 games in a rivalry matchup with Aguilas on Friday. Thursday is a league-wide day off.