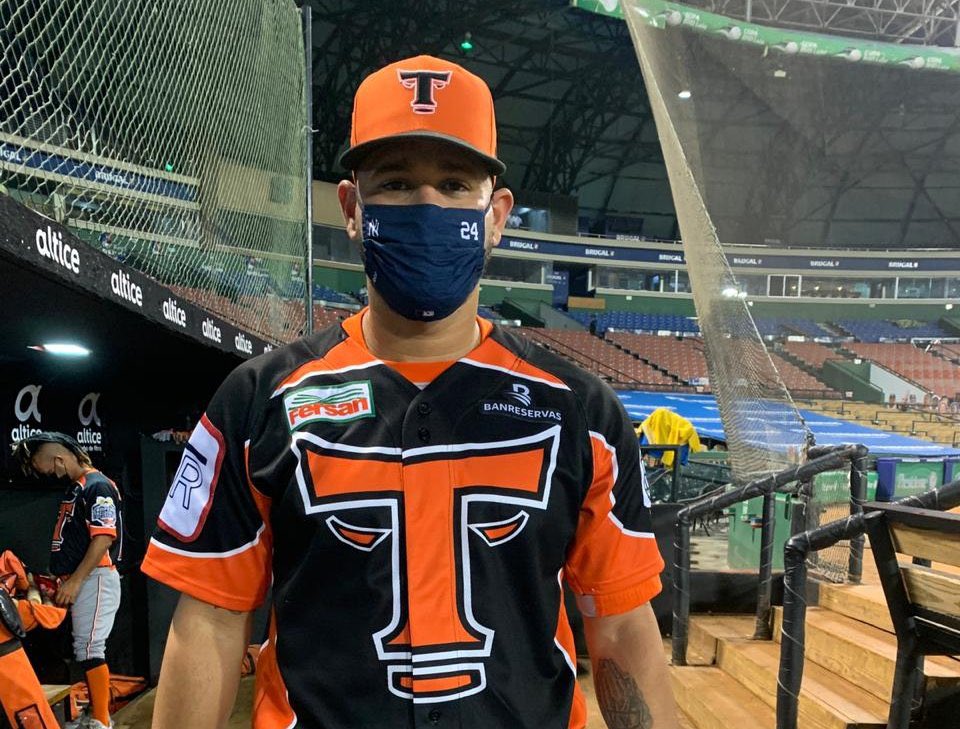 While it’s undoubtedly a positive thing that Gary Sánchez is spending some time in DR playing competitive games, no good can possibly come of it online. If he performs well, his defenders (of whom I count myself as one) will use it as proof that he’s rebounded from a difficult 2020. If he falters, his detractors will have a field day. Navigating this minefield will be a tough task for any analyst, but I’ll do my best. Gary played a part in a 2-1 win for Toros del Este over Tigres del Licey in Santo Domingo on Friday, but his performance wasn’t the only notable one for the Yankees.

We saw some good Sánchez and some bad Sánchez in game number one. You could almost hear Yankeeland’s collective groan as he waved at two straight sliders to strike out in his first at-bat. Here’s the video. The next time around, things went better. In the top of the fourth, Sánchez strode to the plate with two outs and a runner on second. He worked the count full before doing something we’re not accustomed to seeing: hitting the ball the other way. Sánchez kept his hands inside a good high, riding fastball from Yankee teammate Albert Abreu and deposited it into right-center for a go-ahead base hit.

The rest of Gary’s night was quiet and somewhat frustrating. He struck out swinging in the fifth and the ninth, both on sliders down and away, and swung at a first-pitch fastball to fly out meekly to right in the seventh. His final numbers cut a very Gary Sánchez profile: 1 for 5, one RBI, three strikeouts. It’s important not to make any sweeping judgments either way based on his next few weeks in LIDOM, and certainly not from one night’s worth of at-bats. We’ll see how things play out from here.

Likewise, we saw some of the good Abreu and some of the bad Abreu in the right-hander’s start for opposite side Tigres. The 25-year-old looked calm and collected and totally dominated through three innings, facing the minimum with one walk surrendered to Alen Hanson, who was immediately caught stealing. He set down Toros in order in the first and then put together one of the more impressive half-innings of pitching you’ll ever see. Abreu came within a single pitch of throwing an immaculate inning in the top of the second. He struck out Gary Sánchez, as described above, and then got Cristhian Adames swinging on a good fastball and Jesus Sánchez on a knee-buckling changeup. The latter two strikeouts came on three pitches; the only ball thrown was the second pitch to Gary.

Abreu kept the good times rolling in the third, particularly showcasing his outstanding changeup in a deadly sequence to strike out Pedro Florimón for the second out. He got the Toros third baseman to look at a good changeup for the first strike, attacked with a mid-90s fastball that Florimón fouled off, and then went back to the changeup, catching the hitter far out in front.

Things went poorly in the fourth. Abreu, as he is known to do from time to time, completely lost command of his fastball, neutralizing his secondary offerings. He walked Vidal Brujan, who stole second, and after retiring Yamaico Navarro, he gave up the aforementioned base hit to Gary Sánchez. After another walk was issued to Adames, Abreu was lifted from the ballgame. In total, he threw 3.2 innings, surrendering just the single hit and run, striking out four but also walking three, and racking up seven whiffs on 64 pitches. As is often the case with Abreu, the raw talent was clearly visible. Along with his trademark solid fastball and elite changeup, he effectively mixed in two breaking balls at his best moments. His ability to sustain good command will ultimately decide whether he settles into the bullpen or has a chance to start long term. The stuff is starter quality, there’s no question about that.

It was a night of missed opportunities for Toros, who escaped with the win in spite of their inability to cash in. Incredibly, La Romana’s squad stranded the bases loaded in three consecutive innings nursing a slim lead…Whither Miguel Andújar? Toros’ Opening Day third baseman hasn’t played since before Thanksgiving. Miggy was not off to a good start, hitting just .182 through his first few games. He was on the field with Sánchez and other teammates prior to first pitch on Friday and could be seen in the dugout during the game, so he’s still with Toros, but the situation is worth keeping an eye on…Tigres played a Wednesday doubleheader against this same Toros squad and got swept. Yankees top prospect Luis Gil started the second game of the twin bill and gave up a couple of runs in his second appearance of the season…Yankees alternate-site stalwart Fernando Abad locked down the save for Toros, retiring the side in order with two strikeouts in the ninth…Estevan Florial has appeared in five games for Leones del Escogido this season. I haven’t seen any of them, but he’s tallied two hits, including a double, and a stolen base in nine at-bats.