Brian Cashman spoke on Tuesday at the GM Meetings and in his short time he already started a lot of conversation about the Yankees upcoming 2018 campaign. Cashman gave brief comments on the Yankees’ third-base party, the team’s far more inconsistent position of their 2017 season.

Per Bryan Hoch, Cashman gave a quick word on the position as it being Headley’s “to defend”, meaning Miguel Andujar, Gleyber Torres, and Tyler Wade are definitely in place to steal an Opening Day start at the corner. Cashman followed with this after, “It’s nice to have the young guys pushing up. It’s nice to have the older guys hear the footsteps.”

The footsteps have definitely been heard throughout the year, Headley knows Andujar and Torres have been on the way, and now Tyler Wade will have his best chance moving forward to get some continuous play unlike last season where he’d be incorporated into games following missing multiple at a time. The job is up for grabs, Headley clearly has it for now, but who should have the job may be a different situation. Each of the four have their own faults that can arguably be the reason why they shouldn’t get the job and they will be looked into heavily this off-season, but it’s still close for all. 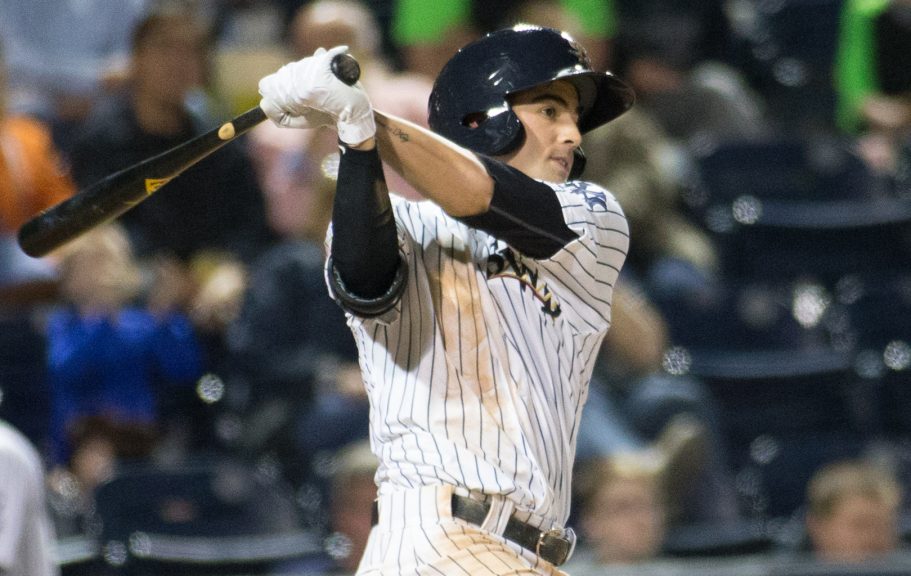 Starting with Tyler Wade, who smashed Triple-A last season for the RailRiders. Wade hit .310 and certainly deserved time in the Bronx last season, but as most prospects at his level in the system, the room just wasn’t there for him to get the right amount of playing time. Wade had 58 ABs for the Yankees and finished the season with nine hits. He played on June 27-30, July 4-5, August 22-24, and September 9-10, that’s only 11 combined games where he played consecutive games throughout the months of June and October. He went 4-21 with eight strikeouts in those games and two of them he didn’t even get plate appearances.

There are some scenarios that work against Wade, however. Wade is a contact bat the Yankees need, but could already have in Ronald Torreyes, but that still gives him a leg up on Andujar and Torres (for now). What happens with Torreyes plays heavily on Wade and what happens with Starlin Castro plays heavily on Torreyes. Wade’s fielding is a strong-point for him as well, but most of his strong playing time came at second last season, which is another way Castro comes into play here. With Castro and/or Torreyes certainly being on the trading block for a pitcher, I see Wade finding his spot at second more so than third for 2018. 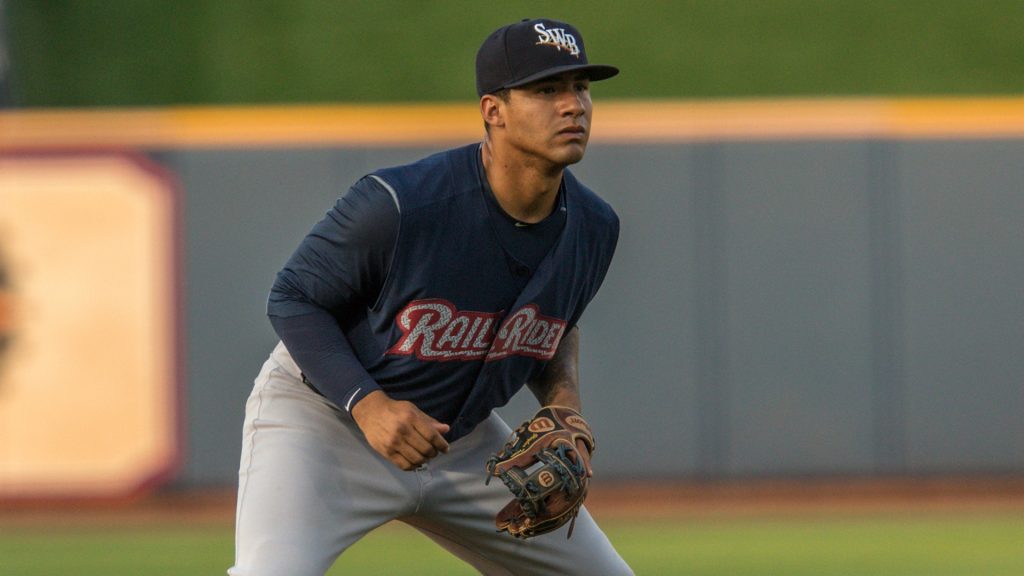 As for Gleyber Torres who of course is the fan favorite, there’s a long way back from injury right now which makes his status uncertain. Torres by far is the future starter at third even over Andujar, but for 2018 he has to prove he’s back to full health which can’t be projected by anyone. Torres fits a contact and power bat, but the fact is he hasn’t played a day in the bigs yet which makes Cashman’s comments in the last year a bit bold to me. I don’t think it’d be wise for the Yankees to bring Torres up until he is for sure an every-day starter or DH depending on the current situation. They showed what it could do to a player with Wade last season and Torres isn’t any different, if anything it could hurt him more being a prospect of his status. Torres is the guy at third at least by the end of the season, but for the start of 2018 it’s hard to say with the injury and the next player I’m about to speak about has experience in Pinstripes already.

Which leads me to Miguel Andujar, my pick for the starting third-base spot should Headley show a clear decline this upcoming Spring. Andujar’s bat has been MLB ready for a while now, and he showed it clearly in his short time with the Yankees this last season. Andujar has polished power, a great swing path, and can do great things in Yankees stadium. Torres has all of that and a bit more, but Andujar has the advantage in health heading into the spring and despite only seven at-bats that does count as something over Torres as well. 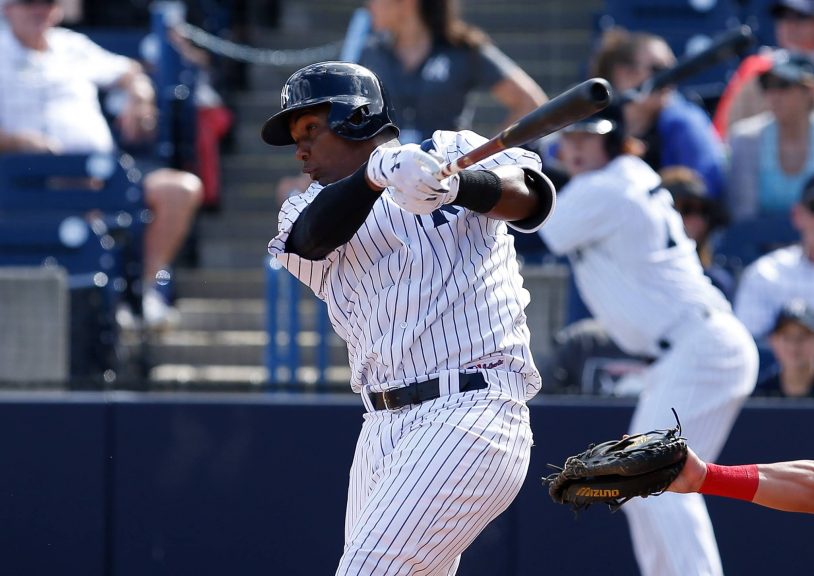 If not for Headley’s veteran status and Todd Frazier being added for meat in the Yankees-White Sox trade, Andujar would’ve gotten more chances to show his glove in the Bronx. Of course that is the main reason he was held behind those two and rightfully so as his fielding will be his biggest downfall in his career. He’ll never be a top-defensive asset, but the Yankees need him to be serviceable in the least before he’s given the reigns at third. As Torres, Andujar’s spring will be spent focusing on one main factor in whether he is sent to Triple-A to start the year or not.

Andujar is another different situation with the current roster as well, the Yankees could definitely start him at third and keep Torres at second, but Torres was always meant to play third and Cashman’s  comment solidifies that, which in theory spells a different outcome for Andujar than expected. With Andujar’s continued fielding issues this last season, and Torres, it could mean Andujar either being a first-baseman for Bird’s off-days or just a full-time DH, which is where I see his future on the team. He could very well be a huge trade piece to bring back a huge arm, but no matter what the arm is Andujar’s bat is something you don’t usually give up.

Those two outcomes won’t be decided until Torres is ready, and seeing as Torres probably won’t be ready until halfway through the season, Andujar could be the Yankees’ starting third-baseman on Opening Day. Andujar’s time is running a bit low because of this as well, which is why this Spring will be far more detrimental to his future than Torres’. Not saying as a Major League player, just a Major League player on the Yankees. He mashed .317 for Scranton/Wilkes-Barre this season, his bat is obviously far above the Triple-A level and his plate discipline goes unnoticed a lot as well, but his window to show the Yankees’ he should stay around is closing in is all, especially when they have one of the best prospects in baseball looming.

The Yankees will learn this off-season and next season more so than ever that they won’t have spots open for everyone. Should Andujar get the starting third-base spot, the Yankees will still have to decide where to move him once Torres is ready as it’s his job in the future no matter what his performance is. It’s the main reason Andujar could be the Yankees next DH and then share time with Torres in time of injury or rest. With Headley still there it’s also why Andujar (whether a long-shot or not) could also be traded as well, if that’s their reason it’d be foolish to trade away a bright future for a short amount of time left in Headley’s overall declining career.