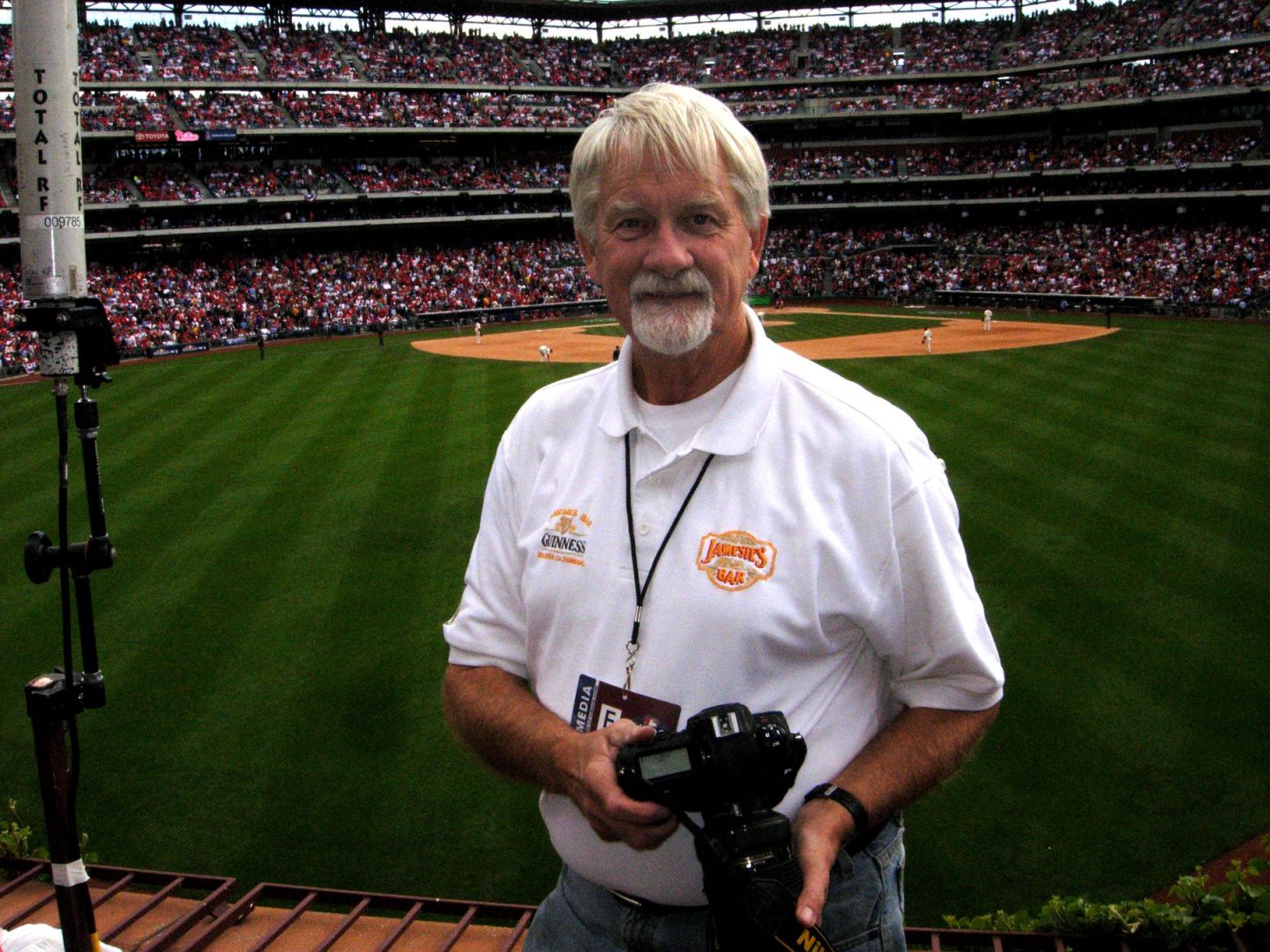 Trenton Thunder team photographer Dave Schofield is set to shoot his final game for the team on Friday night at ARM & HAMMER Park after 23 seasons with the organization. Few things have remained constant since the Thunder came to Mercer County in 1994; the teams major league affiliation has changed three times, the name of the ball park has changed, but Schofield has remained a steady presence.

I first began covering the Thunder back in 2012 and did not know many people in the press or within the organization. I carried myself with a quiet demeanor and always covered the team with eyes and ears wide open. One of the first things that I took notice of was how much Dave cared about his work as well as the people around him. His work ethic is contagious and his inviting personality  always made me feel like a 20-year veteran rather than the new kid on the block. Through the years, many of those writers and media members have moved on, but Dave has always been there to say hello and ask how life was treating me.

When Dave announced that 2016 would be his final season shooting for both Trenton and the Lakewood BlueClaws, I began to talk to dozens of people who have worked with him and interacted with him throughout his decorated tenure with those organizations. All of those people in some way, shape or form have had a professional relationship with Dave but the one common thread is that every single one of them regard him as a friend before a contemporary or co-worker.

By now, most of us have seen his captivating images and know a lot about who he is and where he has been. If you don’t, you can read more about that here. Instead of writing a story or feature highlighting and chronicling his career and countless achievements, I simply wanted to pen a piece to thank him for his dedication and outstanding work throughout the years. Many of the people who he has impacted throughout the years also wanted that same opportunity. The following are congratulatory remarks, well-wishes and regards from the people who have worked closest to Dave in his time with the Thunder.

“I was fortunate enough to cover the Trenton Thunder for 11 seasons, and Dave Schofield was one of the first people I met when I started over there. Not only is Dave exceptional at his job, but he’s an exceptional human being who tells some of the best stories you’ll ever hear in a press box. For me, even though he was extraordinarily successful in many places, when I saw Dave, I knew I was in Trenton. His iconic images documenting the history of such a great franchise will live on forever, as will Dave’s legacy as not only a great photographer, but a great person. I’m fortunate to have been able to get to know him during my time there, and wish him all the best in whatever the future may hold for him.” – Mike Ashmore, fomrer independent Thunder writer.

“I was honored for six years to share press boxes with Dave Schofield in Lakewood, Trenton and Staten Island to name a few. Beyond his outstanding work and work ethic as a photographer, Dave was an even better person. It was and still is incredibly easy to see how much he cared about his work and the others he worked with. Happy retirement, Dave!” – Josh Norris, Baseball America who previously covered the Thunder for the Trentonian.

“Dave is not only an excellent baseball and portrait photographer, but also a man with a fascinating background and wide knowledge of the world, who takes pride in his work and in his family. Congrats, Dave, on a job well done— and more adventures to come, wherever life takes you.” – Staton Rabin, freelance photographer covering the Thunder.

“Dave, I will miss talking about European football with you. Maybe I will see you at a Manchester United Celtic game sometime. Make sure you get to some matches now that you have time. Good luck in retirement” – Sean Miller, Trenton Times Thunder beat writer.

“It has truly been a pleasure and honor to have been around Dave for my 21 seasons with the Thunder. Dave has given me countless memories of my time there through his work behind the lens. Congratulations on your retirement.” – Fran Lippincott, Trenton Thunder Event Security.

“I’m sure a lot of the people who you’ve heard from about Dave have talked about how he was such a great guy, a terrific ambassador for the team, and a friend to everyone he came across. Those are all true, but I hope that they don’t overshadow the fact that he’s an incredibly hard-working and dedicated professional photographer. He captured so many iconic images of Thunder history – Colin Curtis’ walk off play at the plate in the ’07 ELCS and Austin Jackson robbing Akron of a HR in the ’08 ELCS immediately come to mind. I always admired how Dave brought such enthusiasm for his craft to the ballpark every day. Even after years of shooting in the same building, he was still finding new angles, being creative, and experimenting with new gear. I’m sure his passion for photography isn’t going anywhere – it will just be focused on new adventures. I wish him the best and can’t wait to see the pictures he’ll come up with in retirement.” – Bill Cook, Thunder Director of Public Relations (2001-2014)

“Dave, It’s been fun to share a press box, or two, with you over the years. Thank you for capturing so many wonderful moments in time of this great game, moments that we may all look back on and remember fondly. And while it’s wonderful for us to look back and see those moments again, it’s the memories associated with them that truly comprise the hues and pixels behind those images that I’ll truly enjoy.  I’m honored to have been along, even in some small way, for part of your fantastic journey. The moments of laughter, of sarcasm, of seriousness and of friendship are more special than a signed ball from a no-hitter, and I’ll treasure them all. God Bless you in your future endeavors, and may you enjoy plenty of moments with your family and friends. Thank you for being you – and for being a friend.” – Greg Zak Jr., Official Scorer – Eastern League of Professional Baseball

“Somehow you’ve had a new story to tell every day I’ve seen you, between Lakewood’s press box in the 2012 season and Trenton’s press box since 2013. I’ve had the good fortune of being regaled with new yarns– but unfortunately the same recycled jokes– each time I’ve come to work. There’s no replacing you, Dave.” -Adam Giardino, Trenton Thunder Radio Broadcaster

“It’s hard to capture what Dave Schofield has meant to the Thunder organization. In fact, it’s fitting that his pictures told thousands of stories over his 23-year career in Trenton. Dave is one of the best people I’ve had the pleasure of working with and will miss him dearly during his long retirement.” – Jon Mozes, Trenton Thunder Public Relations Manager

“Covering sports, players come and go and so does success, but it’s the people you meet who make the experience. Dave Schofield is one of the best in all respects – as a photographer, a colleague, and a human being. I’ve gotten to know Dave over five years of coming to visit Lakewood and Trenton, and every time it’s like I just saw him yesterday. Always gracious with his time and his words, and always willing to help no matter how busy he is. He’ll be missed in more ways than he knows!” -Lou DiPietro, Web Content Editor, YESNetwork.com