Look at Trenton 1994, Hartford, There is Hope 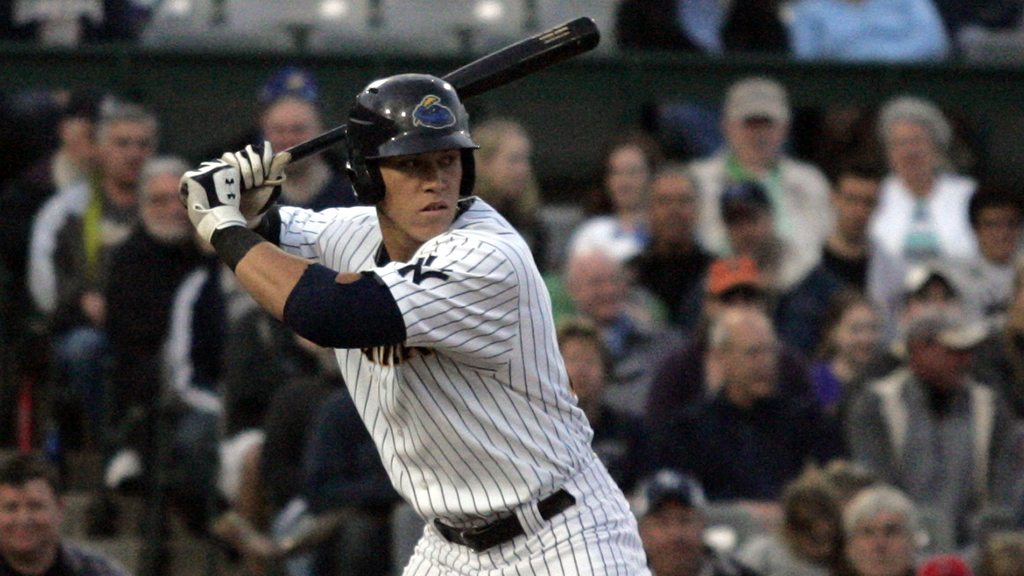 The Hartford Yard Goats were born a few months ago, joining the Double-A Eastern League after abandoning New Britain Stadium, a mere 14 miles away and still in good shape.

To say the franchise is off to a good start is a double-edged sword. The team, in the last year of a Player Development Contact with the Colorado Rockies, has sold a lot of merchandise, garnered interest in the Connecticut capital, but has one major problem.

Their ballpark, Dunkin Donuts Park, with a hefty $56 million price tag, will not be ready for the team’s scheduled opener April 7. The Eastern League stepped in and placed the Yard Goats on the road until May 9. The Trenton Thunder, the Yankees’ Double-A affiliate, is scheduled to make the first of two visits to Dunkin Donuts Park May 31 for a three-game series. The other scheduled visit is a three-gamer Aug.19-21.

Talking to several sources close to the scene, the bets are the Thunder will be hosting the Yard Goats the last day of May and the first two of June. We’re only looking at this situation from the outside, but one major mistake that appears to be made in Hartford is the sod for the infield was not placed in the fall.

If the sod had been put in October or November, it would have set well. Putting it in during the spring is asking for trouble. We don’t know the details of the ballpark’s drainage system, but we do know rushing sod causes all types of issues.

How? Because we covered it first-hand in Trenton in 1994 when then-Mercer County Waterfront Park was bring built for the Thunder, which was a Detroit affiliate that season because the London Tigers were bought by the present excellent and highly successful Trenton ownership and moved to Trenton.

During what was a hard winter in 1993-94, stadium construction fell behind. And sod, which was not laid in the fall, was hurriedly rolled in during March. After the Albany-Colonie Yankees refused to play because of not-great field conditions in early April, Opening Day in Trenton was moved back to May 9, just like Hartford was scheduled  by the Eastern League Tuesday.

In between, the Thunder played “home games” in Wilmington, Reading and a series with the Akron-Canton Indians in Philadelphia’s Veterans Stadium before 414 fans. Nick Simonetta and Tom McCarthy, now the voice of the Phillies, called the action on Trenton’s WTTM, which was then on AM 920.

The Thunder, en route to a 55-85 mark in their only year as a Tigers affiliate, finally played at home that May 9, with Binghamton’s Ricky Otero the first-ever hitter. The one Trenton star of that team was first baseman Tony Clark, who later played for the Yankees and is a great guy.

Trenton’s attendance that year was its lowest I’m history by over 50,000 due to the loss of home dates.

Back to the field. The Thunder in 1994, had almost as many rainouts as they would have in their next 22 seasons. Games were “sunned out,” from rain the day before due to lack of drainage. This is why I told a friend in Hartford, “No matter how long it takes, build it right.”

After the season, the entire field and drainage system were ripped up and replaced. A scene not to be forgotten was then-Boston Red Sox GM Dan Duquette signing a Player Development Contract with then-Thunder GM Wayne Hodes, as all types of construction machinery was busy replacing the drainage system and the field below him.

The Thunder, as a Boston affiliate, began evolving into the elite franchise it has become in 1995 and, in 2003, with a press conference featuring Yankees GM Brian Cashman and Yogi Berra, commenting on the “great restaurants in this town,” the Yankees began a relationship with the Thunder that will last at least through 2022 and almost-certainly beyond.

Nearly 10 million fans have attended games at Arm&Hammer Park. Facilities for the players, including an all-weather, climate-controlled indoor batting area, lounges and large clubhouses, are highlights, as are comfortable wide seats for the fans, superb concession offerings and excellent working conditions for the media.

Few remember 1994 and the rough start, the kind Hartford is going through now.

Here’s our advice to the Yard Goats. Forget about 2016. Simply make the best if it you can. Get your ballpark built the right way and start over in 2017.

Just look to the longtime Yankees affiliate in your league. Their beginning was similar to yours, but its 20-sometbing year-old ballpark still looks like a jewel with the best lights in Double-A. The stadium bonds are long paid off. Mercer County pays the team an agreed-upon stipend to run the ballpark.

Use that as a goal, and 10 years tom now, few of your fans will remember what went on in 2016. You will get through this.