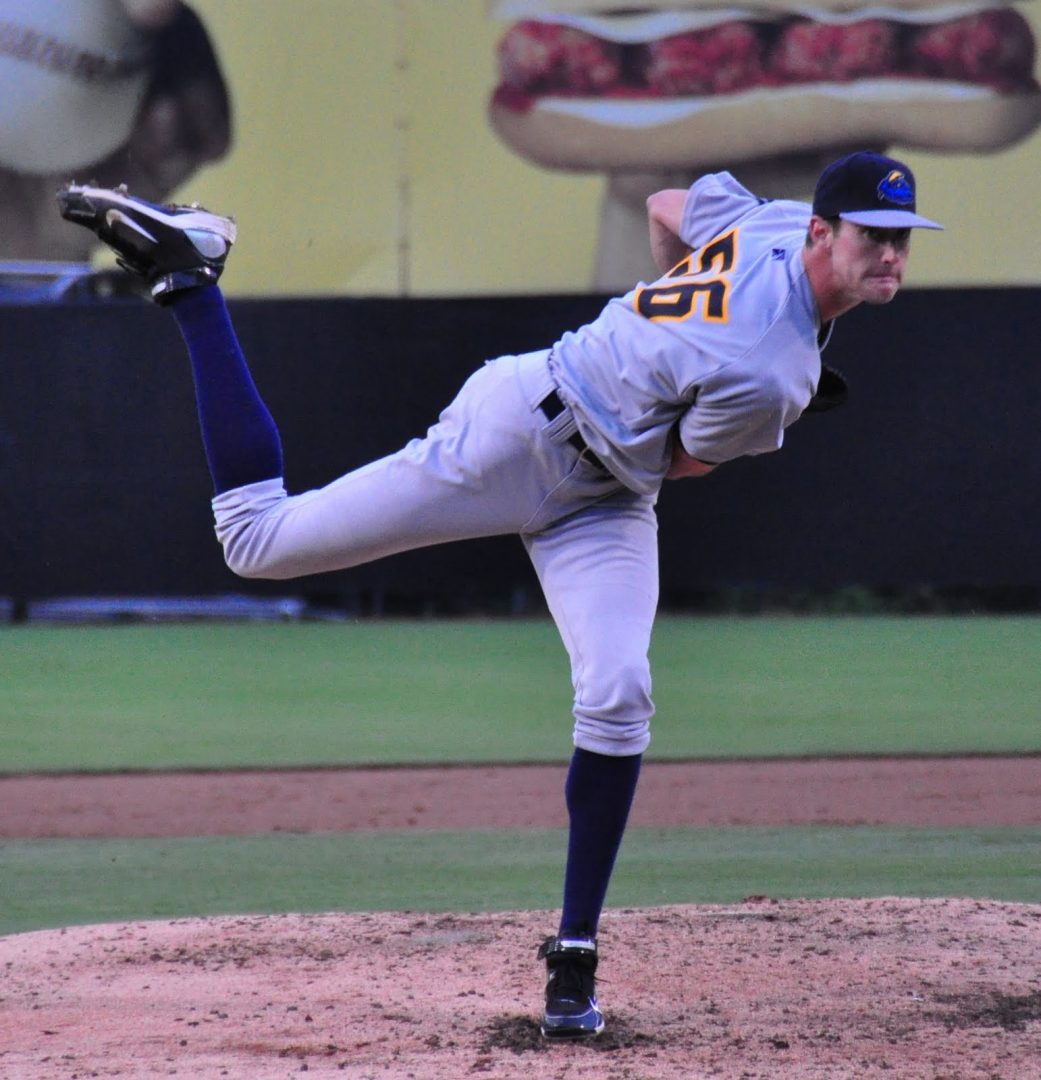 When the Yankees cut ties to Andrew Brackman at the end of last year it was hailed as a huge bust by the Yankees.  The Yankees had made Brackman the 30th pick in the draft and had signed him to a potential deal worth $13 million if all his options had been excersied.  He got a $3.35 million bonus paid over 6 years.

Many Yankee fans call Brackman a bust or a terrible pick.  They really are looking at this as if the pitcher at the time of his release was the one that had a chance to go in the top five of the draft.  Here is BA’s scouting report on Brackman before the draft.

“As an awkward 6-foot-7 16-year-old at Cincinnati’s Moeller High, Brackman wasn’t considered a top 50 prospect in baseball or basketball. His basketball game blossomed as a senior, and when N.C. State offered him a chance to play both sports, he eagerly accepted. A bout with tendinitis assured he wouldn’t be drafted highly enough out of high school to buy him out of college, and after giving up basketball as a sophomore (he had thrown just 77 innings in his first two years at N.C. State), he’s begun to come into this own. Now a legitimate 6-foot-10, 240 pounds, his upside is considerable. His athleticism helps him repeat his delivery, but he struggles with his balance and release point, leading to erratic command, especially of his secondary stuff. He touched 99 mph in the Cape Cod League in 2006 and again during an early-season outing in Myrtle Beach, S.C., and he pitches at 94 with exceptional plane. His mid-80s spike-curveball is filthy. Brackman’s changeup was the pitch that had improved the most this spring, and grades as a third potential plus offering. He’s still unrefined, but even without the polish, Brackman shouldn’t slide out of the top 10 picks”

So in that scouting report you have Brackman with a plus to plus plus fastball, a plus curveball with a changeup that had a potential as a plus changeup.   That is a top of the rotation starter.  Now here is Keith’s Law take on the pick.

“Brackman’s a very tall, athletic, ex-basketball player with fairly clean arm action and a basically sound delivery. He has a superior fastball that could eventually overpower major league hitters. His power curveball will be an out-pitch to both righties and lefties. He shouldn’t be rushed. Everything will improve with instruction and innings now that he is concentrating full time on baseball. He has a speciall arm with the chance to become a No. 1 starter, or at worst a No. 3.”

So as you can see most of the guys on this list were busts and a lot didn’t even make it to the major league level.   Jordan Zimmerman wasn’t considered a first round pick but he has turned into a very good number two starter.  But Zimmerman went 37 picks after Brackman so a ton of teams had a chance to pick Zimmerman before he went and didn’t.

Stanton went even later then that as he was picked 76.  He looks like the steal of the draft if you considered where he was picked.  Keep in mind thou he wasn’t considered a first round talent and went where most people thought he should go.  He just developed into one of the top 15 outfielders at the MLB level.

Brackman was the right choice at the right time and the Yankees should still go big in the draft.  Especially with the way the draft money has diminished and the pool allowances that are out there.  If they can get a top talent to fall to them they should.  As the above numbers show most prospects fail but if you get one to hit it makes a draft class all on it’s own.  If Brackman had developed into a top rotation starter it wouldn’t have mattered if anyone else in the class did anything.  That is the reason you take Brackman and hope he develops.  If he doesn’t that doesn’t mean the pick was bad or wrong. It is just the normal flow of prospects, they fail