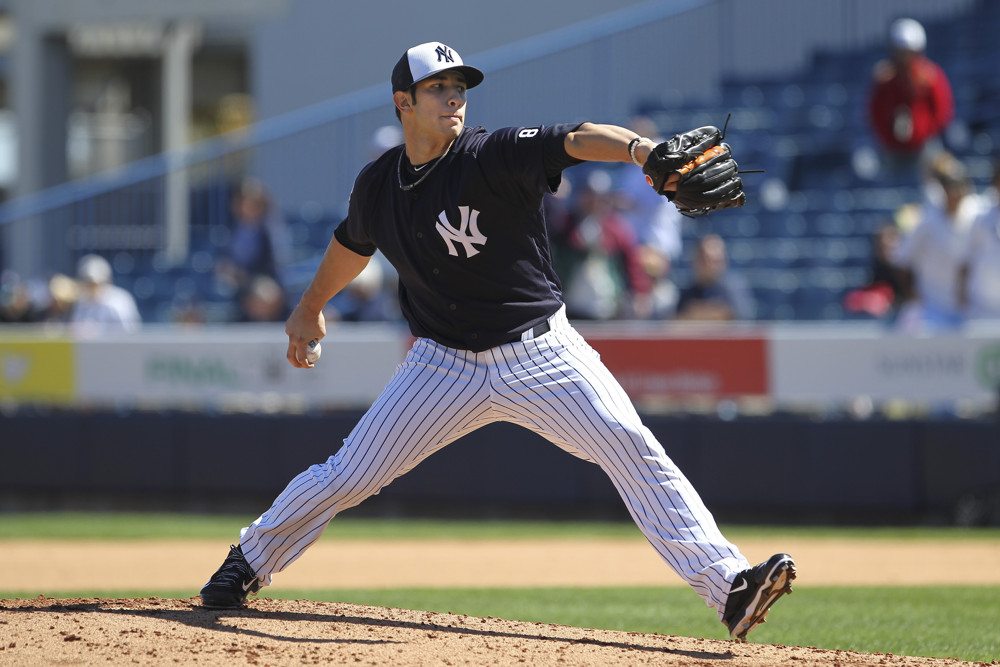 On Monday afternoon, the New York Yankees recalled pitcher Luis Cessa. In a corresponding move, Bryan Mitchell has been optioned to Triple A Scranton/Wilkes-Barre.

Cessa, 25, who did not make the Yankees major league club out of spring training, has dominated in Triple A this season. In a team leading 23.1 innings pitched, the Cordoba, Veracruz, Mexico native is 1 -2 with a 1.54 earned run average. In four games started, Cessa has struck out 12, walked nine, and permitted nine runs (four earned) on 24 hits.