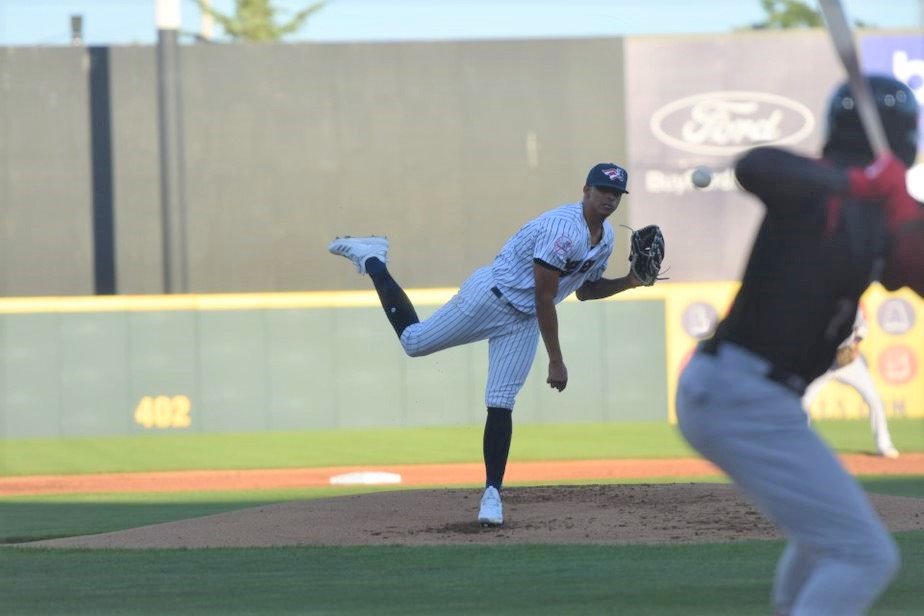 Instead of pitching on his normal turn through the rotation against Erie, Somerset right-hander Luis Medina will instead leave the team and board a plane headed to the Mile High City to pitch in Sunday’s SiriusXM All-Star Future’s Game. Medina, along with uber-prospect Jasson Dominguez will represent the Yankees organization in the premiere prospect showcase event of the year at Coors Field in Colorado.

“I was excited when I found out,” admitted Medina through translation provided by Manager Julio Mosquera. “I found out from the front office, they gave me a call right after practice one day and I was excited to see that I was going to be part of the Future’s Game. It is another experience to have in my career; it’s something nice and I get to see another city that I haven’t seen.” Medina says that his parents and his daughter will be on-hand to support him this weekend. 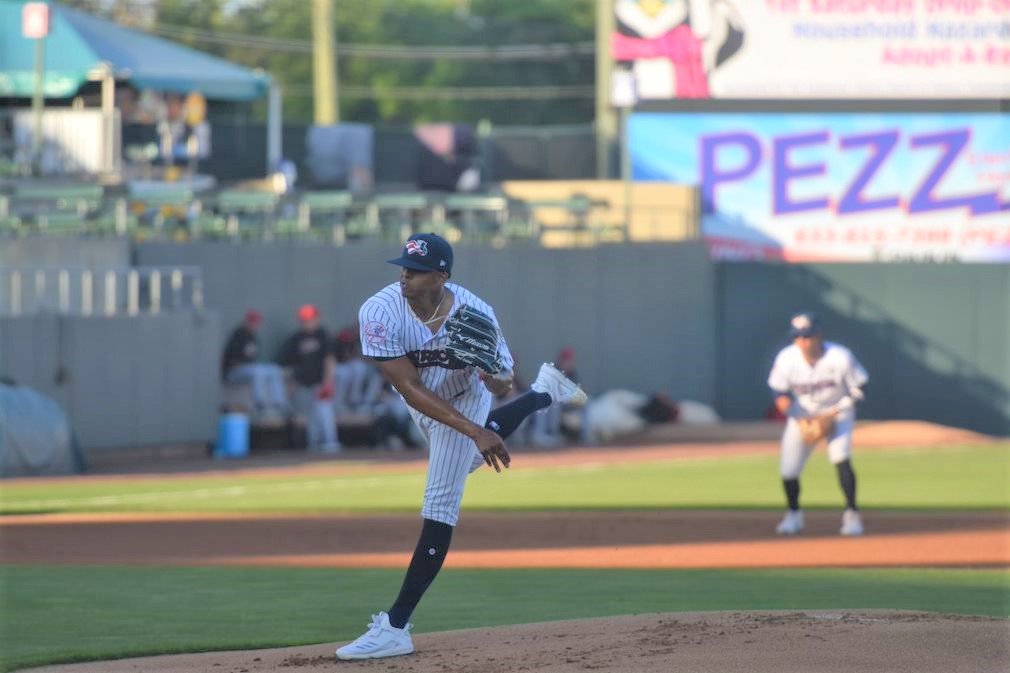 Medina began the year with High-A Hudson Valley and pitched to a 2.62 ERA with 50 strikeouts over 32.2 innings while holding the opposition to a mere .162 batting average against. Since being promoted to Somerset back on June 1, the 22-year old hurler has endured his first taste of adversity in adjusting to the new level. In four starts with Somerset, Medina has posted a 5.21 ERA and has allowed 18 hits and 13 walks in just 19 innings while Double-A Northeast League opposition is hitting .250 against him. Still, his fastball has been clocked at 102 MPH and he has fanned 78 batters in 51.2 innings this season; there is certainly excitement about the raw stuff in his arsenal.

“I just have to work more with my consistency and being more focused and concentrate on the things that I need to do.” explained Medina. “I think I am getting better and I have been working on that to make sure that I stay strong-minded.”

Medina added, “The biggest thing that I think I have done is that I feel that I have matured a lot and that has helped me throughout the games. It’s something that I am going to continue to do but I just have to go out there and compete.”