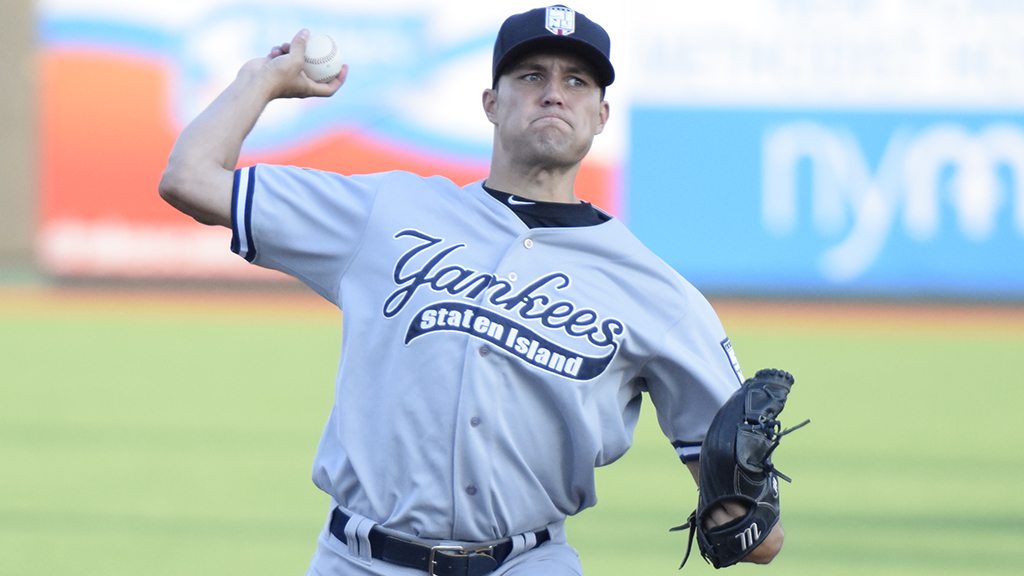 BROOKLYN, NY – Kolton Mahoney pitched a season high 6 innings and struck out 7 batters as the Staten Island Yankee shutout the Brooklyn Cyclones to take the second game of the series and move into a tie with their rival for first place in the McNamara Division.

The lone run of the game came in the top of the fifth inning. Brandon Wagner line a single to left, moved to second on a sacrifice bunt by Zack Zehner and scored on a single by Ryan Krill.

Shortstop Kyle Holder had 2 hits in the game, while Jeff Hendrix, Thairo Estrada, Brandon Wagner and Ryan Krill accounted for the other Yankees hits.

Will Carter came into the game in the seventh and pitched 2 shutout innings allowing just a walk and striking out 1. Alex Robinett pitched a scoreless ninth inning, allowing 2 hits and earned the save.

The Staten Island Yankees will go for the sweep on Friday night with Luis Cedeno on the mound.