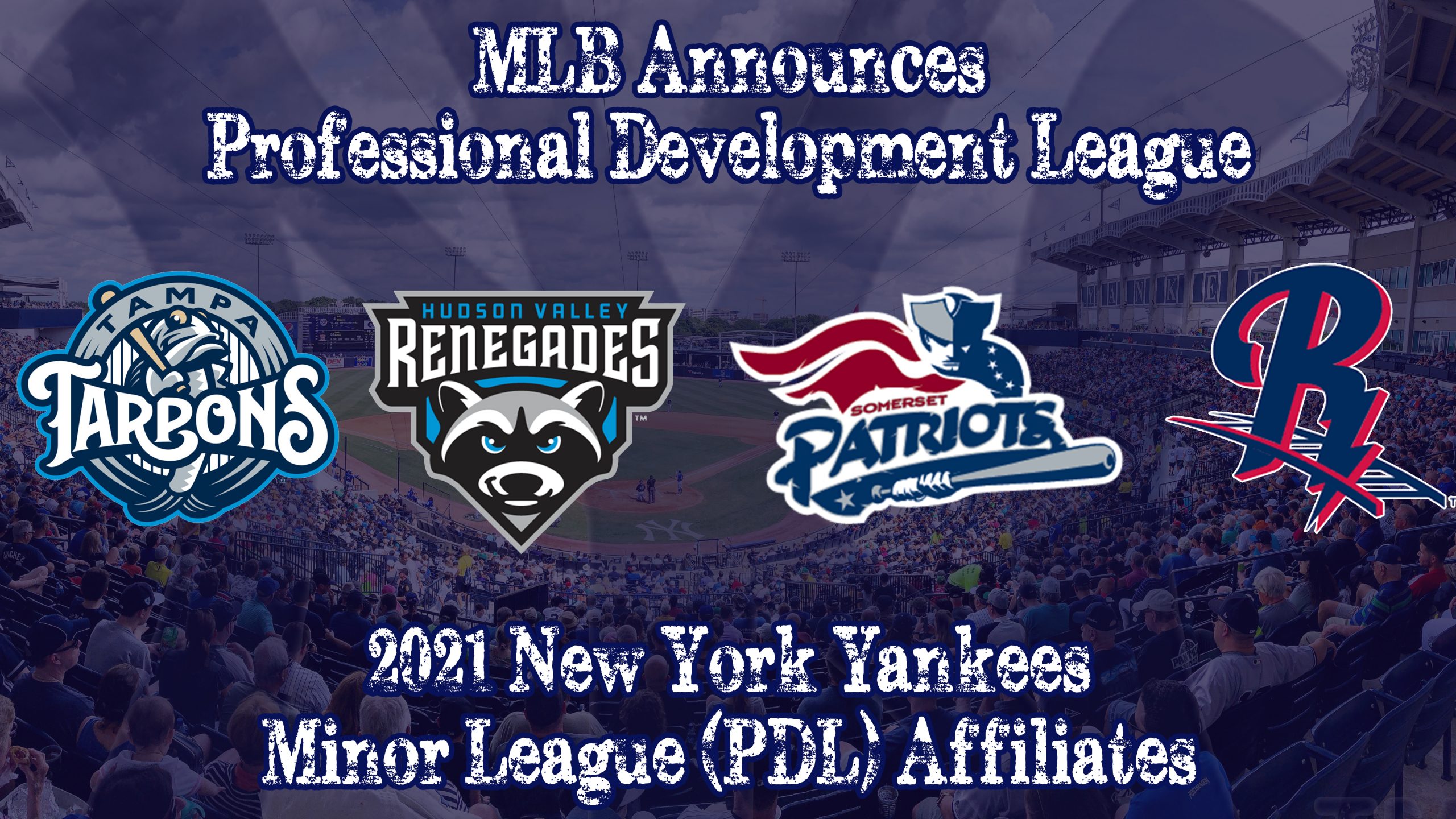 Major League Baseball officially announced on Friday that all 120 Minor League clubs that were offered invitations to become Professional Development League (PDL) affiliates/license holders have accepted their invitations. While the reduction of Minor League Affiliates occurred and Clubs announced their affiliates a few months ago, the PDL agreement and licenses became official on Friday.

The PDL is a “new model, which not only provides a pipeline to the Major Leagues, but continues the Minor League tradition of entertaining millions of families in hundreds of communities,” stated Commissioner of Baseball Robert D. Manfred Jr.

Changes that are occurring with Minor League Baseball now becoming a Professional Development League under Major League Baseball will include: Player salaries increasing from 38-72 percent for the 2021 season, Modernized facility standards that must be upheld by each organization, Improved amenities and working conditions at minor league (PDL) complexes, Better (closer) geographical alignment to the Major League parent club, which will in turn allow for reduced in-season travel PDL players and staff.

Elaborating on the modernized facility standards, MLB cut a number of the teams they did due to facilities. That was one of the factors that was taken into account when Major League Baseball was working with teams to determine who their Minor League affiliates would be.

Major League Baseball’s Professional Development League, in full, includes 209 teams across 19 different leagues; However, only 120 of those 209 teams are affiliated to Major League teams.

The Yankees announced their Minor League affiliates back in November  and there were changes in affiliates and levels when teams were assigned and sent their PDL invitations. As part of the change in Minor League structure, New York was forced to reduce the number of teams they had in their minor league system from ten teams to 6.

The Yankees have welcomed the Hudson Valley Renegades as their new High-A affiliate going forward into the 2021 season.

Tampa will also continue to host the Gulf Coast League Yankees, who train across the street from the Tarpons at the Yankees’ Player Development Complex.

The Dominican Summer League will also be remaining affiliated with the Yankees in 2021.

“Restructuring our minor league affiliations – especially with the additions of Somerset and Hudson Valley – gives us greater continuity to streamline and improve the development of our minor league system,” stated Yankees Senior Vice President and General Manager Brian Cashman in November.

We are just two days away from Yankees pitchers and catchers reporting with their first workout being held on Wednesday. Position players will report on February 21 with the first full team workout of Spring occurring on February 22.