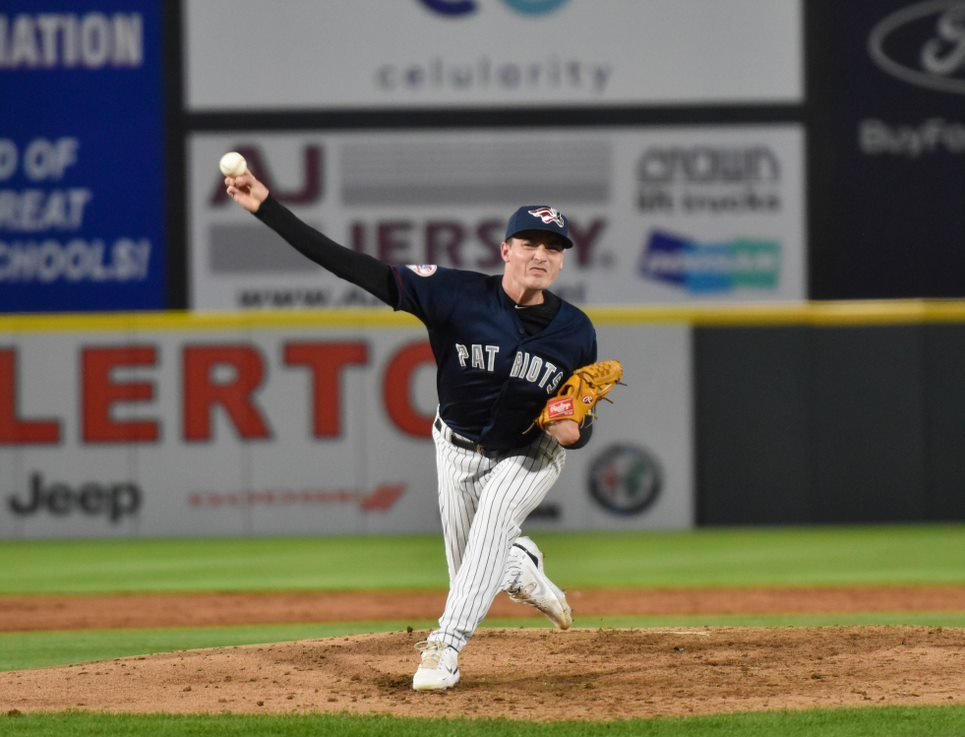 Not all that long ago, local Jersey shore-native Ron Marinaccio was anchoring the Patriots bullpen as one of the elite relievers in the Eastern League during the 2021 season. Marinaccio returned to TD Bank Ballpark on Friday night for the first time since last summer for the second outing of his major league rehabilitation assignment for the Yankees.

Prior to landing on the 15-day injured list with right shoulder inflammation on July 3rd, Marinaccio was quickly emerging as a reliable arm out of the bullpen for the Bombers – he had allowed just one hit and retired 60 straight batters over his last 15.1 innings prior to landing on the shelf. Marinaccio has made 17 appearances for the big-league club spanning 19.1 innings of work; he has fanned 23 while pitching to a 2.39 ERA over that stretch.

In his lone inning of work against Reading, Marinaccio struck-out the side in a clean inning of relief work. The 27-year-old righty tossed 17 pitches in the frame, 19 of them for strikes while the stadium radar gun clocked his heater as high as 97 MPH.

“The shoulder is feeling really good,” admitted Marinaccio. “It has been a bit since I have had to think about it and so I think that is always when you start to realize you’re getting back to one-hundred percent – when it’s not even in the back of your mind anymore.”

Marinaccio added, “The fastball was starting to lose a little bit of the profile the last few outings in the big-leagues, and I think that had a little bit to do with the shoulder fatigue. Seeing the fastball playing the way it was playing for me at the beginning of the year is a good sign for me to feel like I am ready to get back.”

Marinaccio came on in relief of starter Will Warren in the sixth and froze leadoff man Kevin Vicuna looking at a nasty change-up in a full-count before working two swinging strikeouts off of his change-up by AJ Graffanino and Johnathan Guzman to close the book on his night.

“I felt really good with the change-up tonight,” said Marinaccio. “Slider, I didn’t get to it too much; overall I feel healthy and pretty good.”

Marinaccio reflected a bit on being back at TD Bank Ballpark and specifically working again with Patriots pitching coach Gerardo Casadiego, who was his pitching coach at rookie level ball in Pulaski. 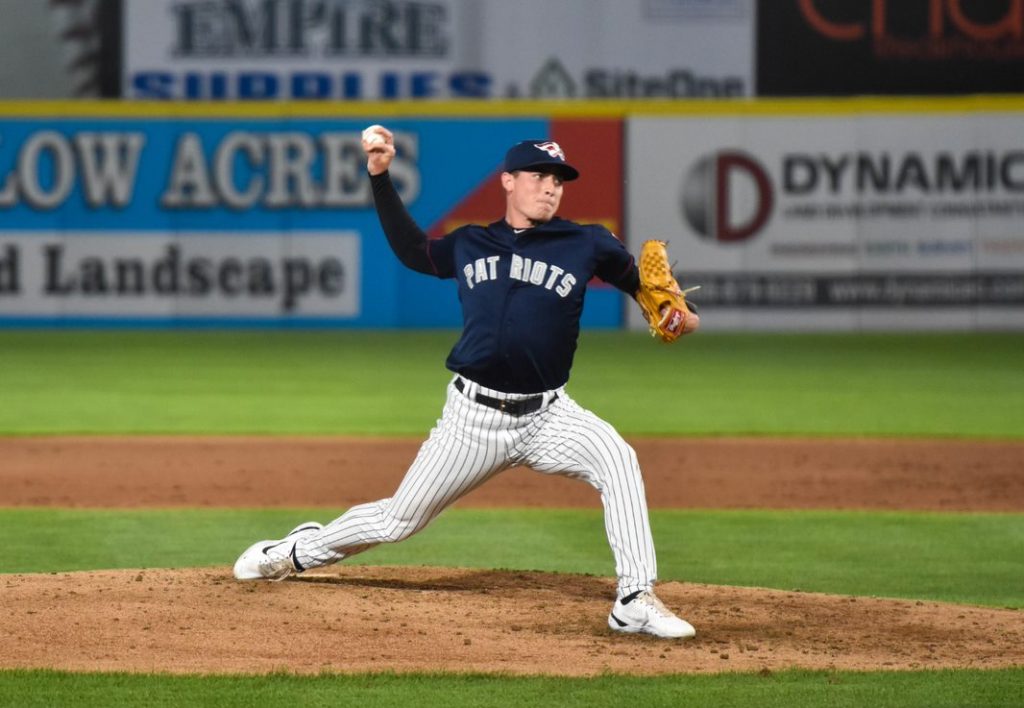 “He [Casadiego} first introduced my change-up grip to me, which has kind of been the pitch that has taken me to the next level,” explained Marinaccio. “To be back here with him and working with Casa again is awesome.”

In his first rehab outing back on July 17, Marinaccio allowed one earned run in one inning of work for Triple-A Scranton; he fanned two batters and threw 17 of his 23 pitches for strikes. He says he feels strong enough to go back to the big leagues to help now if needed and will go back to Yankee Stadium tomorrow to continue his rehab and wait for the Yankees to advise on his next move.

“Day-by-day,” said Marinaccio. “Going to continue to rehab hard and be ready for whenever they need me.”