Marzi Fitting In Well With the Yankees 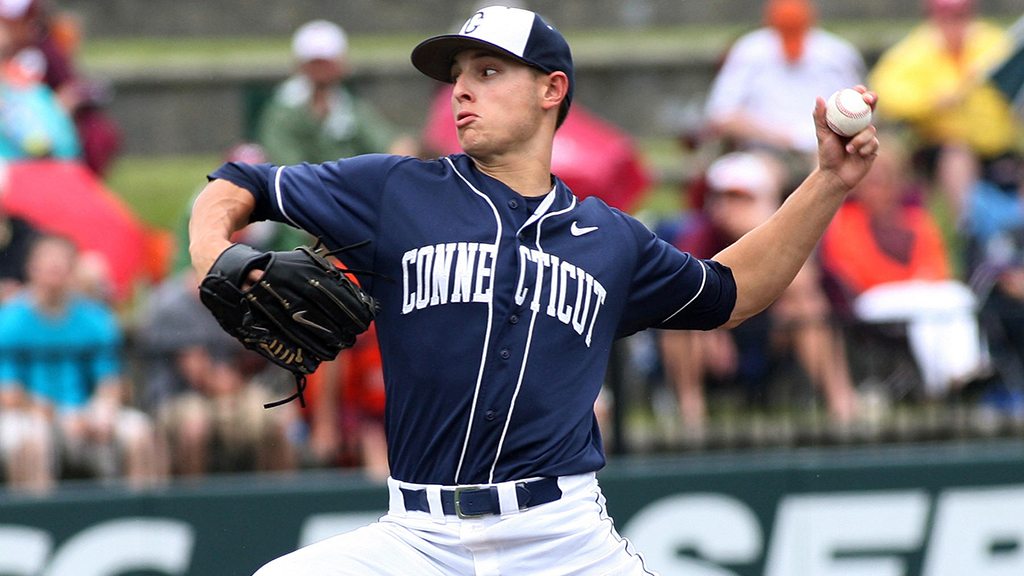 Anthony Marzi with the UConn Huskies (University of Connecticut )

On February 1, 2015 the New York Yankees signed left-handed pitcher Anthony Marzi to a minor league contract.  The Berlin, Connecticut native graduated from the University of Connecticut in May 2014 with a communications degree. In four seasons with UConn he went 15-22 with a 3.13 ERA in 299.1 innings over 55 games, 47 of them starts.  His success for the Huskies earned him a spot among the school’s top pitchers in innings pitched and strikeouts.

Prior to being signed by the Yankees, Marzi was being scouted by several teams including the Tampa Bay Rays.  He along with about 40 other players were private workout in upstate New York, Yankees scout Cesar Presbott liked his stuff so much that they jumped at the chance to sign him.  The young left-hander compares himself to retired Yankees great Andy Petite, admiring the way he pitched. “Definitely a guy who made a living by getting ahead of guys and always a guy who was pure business every time he was out there,” Marzi said.

Anthony is armed with a high-80’s fastball that sits in the 87-89 miles per hour range but can sometimes dial it up to the 90’s, occasionally hitting 91 miles per hour.  He compliments that with a curveball and slider, both of which he feels comfortable throwing as an out pitch.  Marzi does not waste time on the mound, “every pitch has a purpose but the most important part is getting ahead,” he said.  The young pitcher rates his curveball as his best pitch out of the four in his repertoire but uses the slider as his out pitch to left-handed batters.

Marzi is currently down at the Yankees minor league complex in Tampa where he will work with the coaches and player development staff to further refine his stuff.  Specifically working on his changeup, “I am looking to take my changeup from the below average range to a plus pitch.”  He spent some time down in at the complex in February where he got his first experience working with the Yankees staff, praising the coaching staffs and his fellow prospects.  “I loved the atmosphere and feel like I will fit in very well. All the guys I had a chance to meet were very hard workers and welcoming. The coaches were all very accommodating and I look forward to working and growing relationships with them.”

Look for Anthony to pitch for one of the Yankees Class-A teams in his first professional season.  It is likely he will start the year down in extended spring training before traveling north to pitch for the Staten Island Yankees of the NY-Penn League.