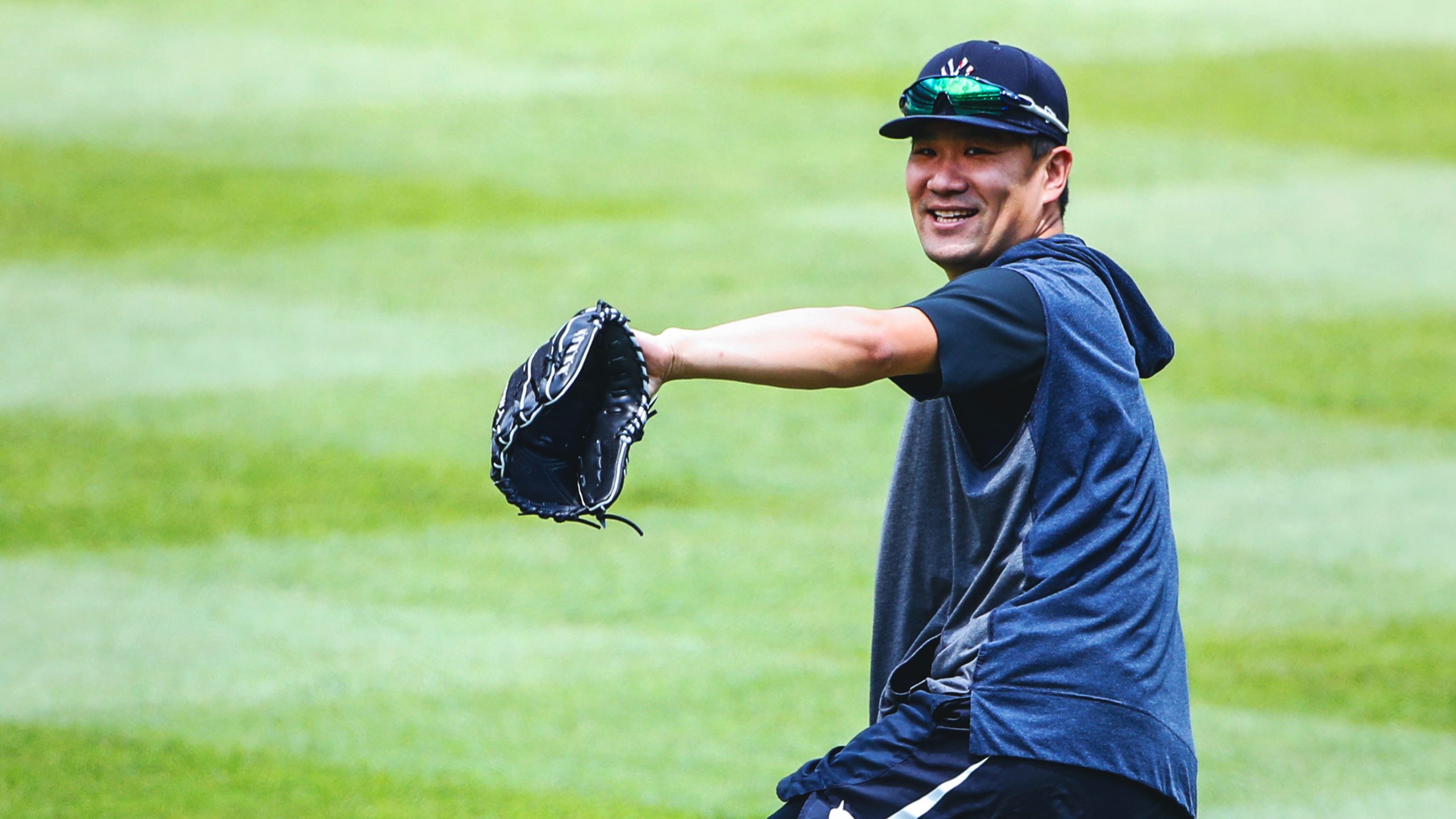 Masahiro Tanaka spoke with the Media on Tuesday for the first time since his July 4th injury where he was nailed by a line drive to the head off of the bat of teammate, Giancarlo Stanton.

When asked how he was feeling after the incident, Tanaka stated that fortunately, everything has been fined and is going in the right direction. He has not had any concussion-like symptoms since leaving the hospital on July 4, however, with it being a head injury, the Yankees are taking things carefully with Tanaka. But currently Tanaka stated he’s feeling fine.

Tanaka reiterated throughout the press conference, that the incident could’ve been much worse. “I got fortunate; I feel very lucky, because it could have been something that was much worse,” state Tanaka, who reiterated that he has no symptoms at right now and is grateful to be getting back to training. “I feel very fortunate in a very unfortunate event,” stated Tanaka.

Tanaka has watched the video and was asked if, after everything that happened and seeing the video, if he will have any apprehensions taking the mound again. “As of now, I think everything will be ok once I step on the mound, but you really don’t know until you face a live hitter. And at that point in time, you might feel some worries or concern, but as of now, I feel ok getting back on the mound,” stated Tanaka.

Tanka is not sure as of now when he will get back on a mound, but stated it is his next step after getting in a bullpen session. “We’re taking it day by day, this is a day by day thing,” stated Tanaka who hopes to get back on a mound sooner than later. Tanaka hopes to be ready for the first week of the season, but reiterated that with it being a head injury that the Yankees are taking it slow and being cautious and careful, more-so than with other injuries. “As of now it’s a step-by-step process and that’s all I can say for now,” stated Tanaka.

Aaron Boone spoke with the media Tuesday as well and stated he continues to be impressed and happy with Tanaka’s progress thus far.